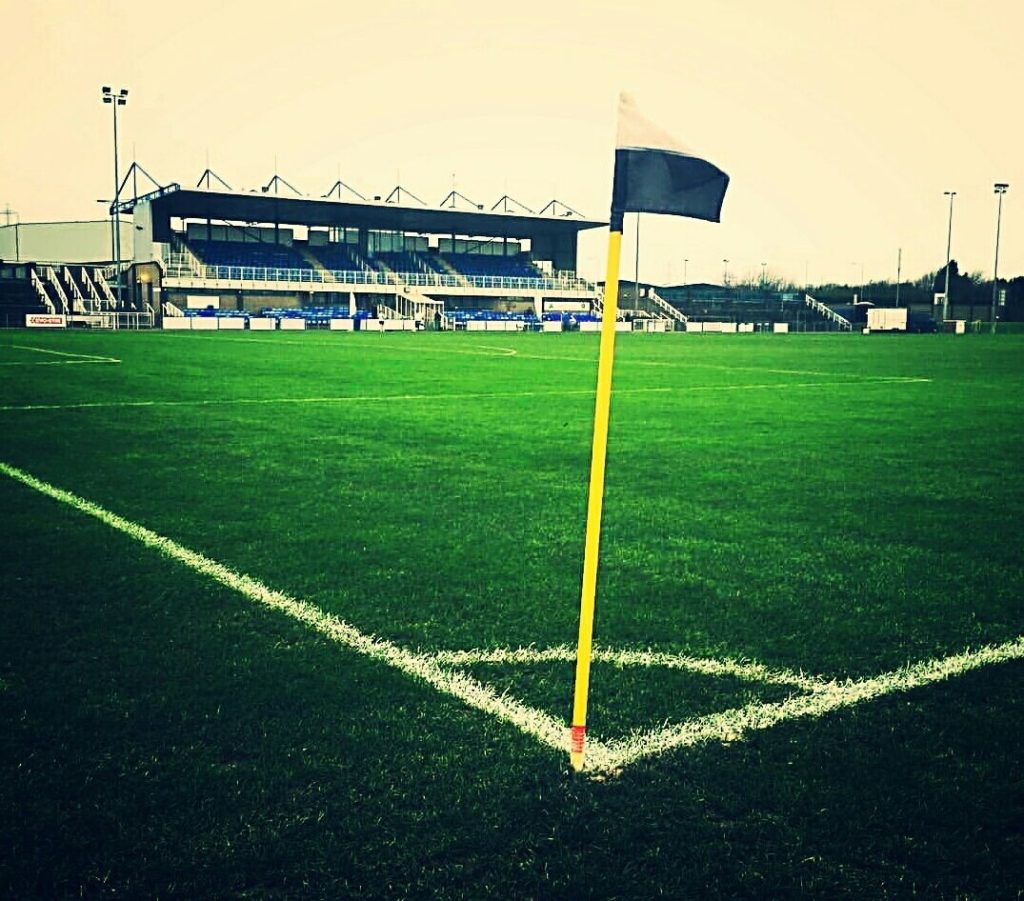 Mickleover Sports mini revival came to an end away to Grantham.

Sports have played better than much of their performance on this game, but the absence of much of their creative spark due to injury to player/manager John McGrath. With the livewire Will Norcross substituted before the half hour mark the visitors were pretty much reliant on defensively minded players for most of their midfield impetus.

Both sides like to play football, and given Mickleover’s shortcomings it was little surprise that the majority of the first half was spent on the back foot as Grantham did most of the attacking.

Sports reached the half time interval still on terms and even had an opportunity to take the lead with a move started and finished by Andy Dales whose shot was wide.

If the visitors thought that they had weathered the storm they managed to shoot themselves in the foot 4 minutes after the restart.

Dales took the ball deep into the opposition territory but when the ball was lost the visitors were too slow to recover and Barcelos was able to run the ball into the Mickleover box and fire home despite the best efforts of keeper Jake Eastwood.

In an attempt to give his team different options McGrath brought  on Zeph Thomas for his first game of the season following a long term injury.

Dales fired in a dangerous cross after 57 minutes that earned a corner, and Jake Bennett did similar 10 minutes later, with Dales shot being blocked.

Thomas had a shot from distance that flew over the bar as the game entered stoppage time.

Pablo Mills who had given a composed and assured display throughout the entire game denied the hosts the chance to double the lead 2 minutes into stoppage time with a goal line clearance after confusion in the Sports defence.

Manager John McGrath said after the game that after a poor first half his team improved in the second and probably deserved something for their second half display.