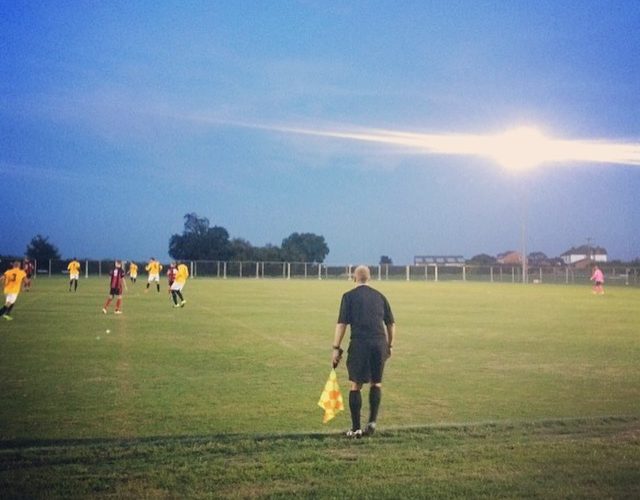 Mickleover Sports disappointed a boisterous crowd in their first home game of the new season, with a lackluster 2-0 defeat at the hands of a robust and hard-tackling Rushall Olympic.

Rushall were out the blocks the quicker, and in the second minute, home ‘keeper Lewis King was called upon to make a double save when Josh McKenzie was sent through for the visitors.

Sports had their first real threat on goal after 24 minutes when Jake Bennett’s cross shot was well held by Jose Veiga in the visitors’ goal.

Chances were few and far between for the remainder of the first half until a minute before half time when Alex Reid headed in from Jordan Fitzpatrick’s deep free kick to give the visitors a 1-0 lead going into the break.

Sports started the brighter after the interval, with Bennett forcing Veiga into another save in the 47th minute.

The big moment of the half came in the 74th minute when Mickleover’s King was caught in possession in the Mickleover goalmouth, gifting Reid with the simple task of tapping home for his second of the game, leaving Sports with a big mountain to climb.

The home side pushed for a goal late on and came very close to a consolation goal when Jake Bennett’s left footed shot just outside the box was cleared off the line. A minute later, striker Adam Baskerville found space in the opposition box, but his shot was deflected wide.

Another blow for Mickleover saw star man Andy Dales forced off with what looked like a back injury in the 54th minute. Manager John McGrath will be hoping he can shake that knock off as Sports look to bounce back in their game against Skelmersdale United on Satuday at the Don Amott Arena.