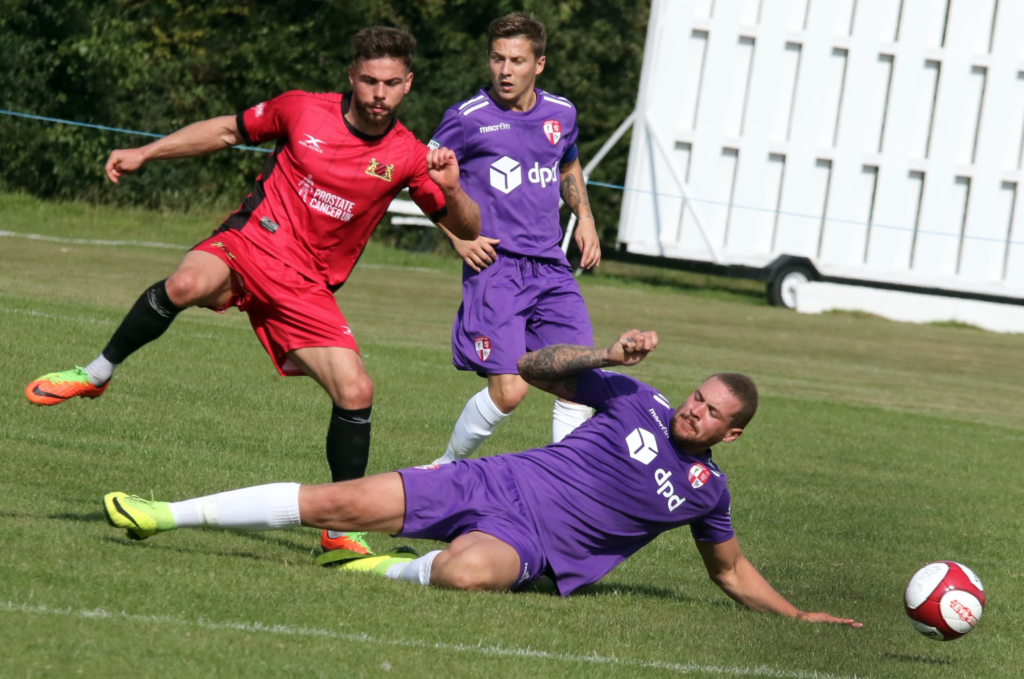 Cliche though it may be the FA Cup at any stage of the competition can be a great leveller as Mickleover nearly discovered to their cost.

Hinckley may ply their trade several levels below their hosts, but gave a decent account of themselves all the same.

Sports took the lead on 24 minutes with a superbly struck free kick from outside the box by Zeph Thomas that would have beaten keepers many levels above the Evo Stik Prem, yet alone one from lower down.

The home team nearly doubled their lead on 37 when player manager John McGrath was played in on goal but was unable to keep his shot down.

Both Bradley Grayson and Andy Dales caused danger when raiding down the flanks but on neither occasion was there anyone lurking in front of goal to complete the good work.

Mickleover’s attacking dominance was all for naught though as George Bowerman converted a far post cross to head the sides level on the stroke of half time.

Grayson continued to create problems along the touchline and was unlucky to see his shot blocked after 51 minutes.

The game looked to be drifting away from the hosts after 52 minutes as Dales was shown a straight red for what the referee saw to be an attempted headbutt by the Mickleover player, although his team mates were still adamant after the game that the match official had misjudged the situation and  the incident was only deserving of a caution rather than a dismissal.

With the odds suddenly stacked against them 10 man Mickleover rolled up their collective sleeves and regained the lead in the 71st minute with McGrath once again foraging into enemy territory and finishing off a well worked move with a super strike.

Sports could have made the final minutes more comfortable for themselves if Evan Garnett had not shot wide in the 80th minute, but managed to claim  the victory and a place in the hat for the next round with their first victory in four matches and the hope that a corner had been turned.