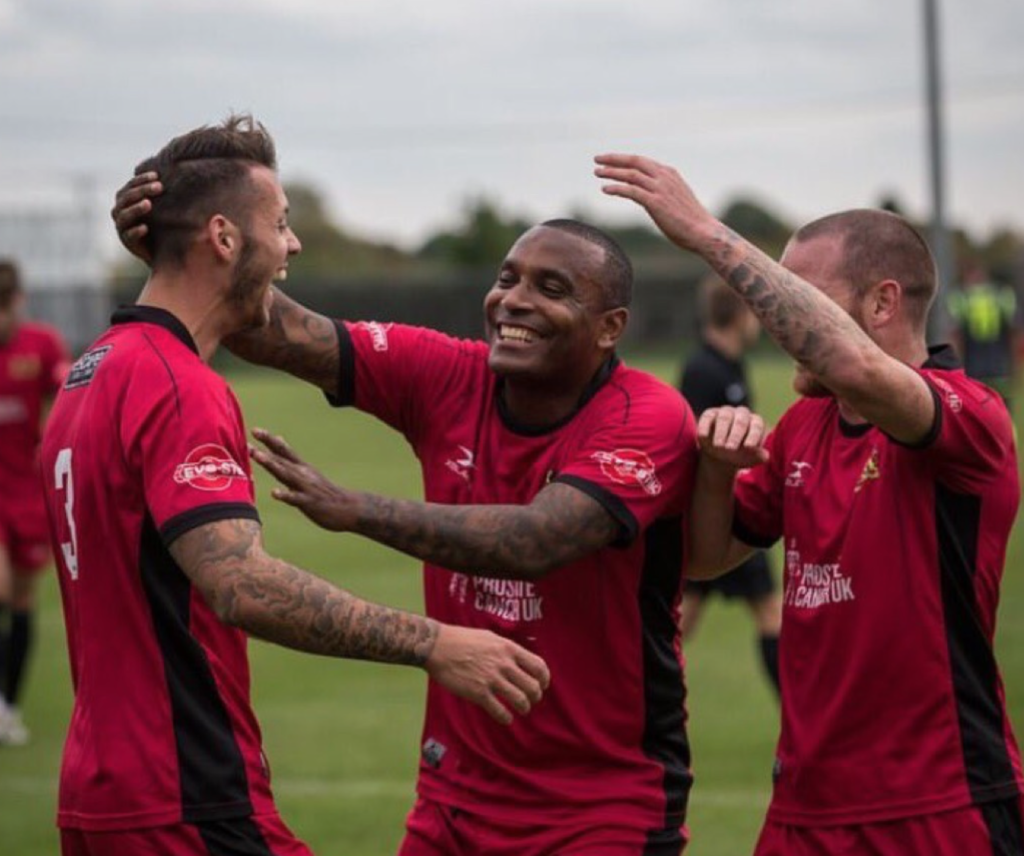 After a worrying three game run when Sports could not buy a  result despite the quality of their football, they returned to winning ways with victory achieved with some style against A Hednesford Town outfit that went into the game above them in the table on points.

If the recent run of results had dented the confidence of the hosts it was impossible to tell as they went after their opponents from the first whistle.

Evan Garnett and Andy Dales combined after 3 minutes to set up an opportunity but Dales shot was blocked, a minute Jimmy Phillips saw his rasping drive go wide.

On 6 minutes left back  Ben Turner had a  shot from the right turned away for a corner.

Turner did not have to wait long for his reward as he headed home powerfully from a left wing corner to give the home side a 7th minute lead.

The visitors tried to regain parity but found Lewis King on song as his positioning meant that he was able to deal comfortably with everything thrown at him.

The game was effectively over as a contest with a 2 goal burst from Garnett. His first in the 28th minute owed much to the work of Jimmy Phillips in the build up, although it was a fine strike across goal and into the net by Garnett to double the lead.

Ten minutes later he got his second and Sports third with a simple tap in after tremendous approach play by Dales – and he was quick to acknowledge that after scoring.

Hednesford were falling apart and the jeers from some of the large number of visiting fans can have done little to their faltering confidence.

Mickleover started the second period in the same manner they had played the first – on the front foot.

They netted their 4th two minutes after the restart. A free kick on the edge of the visitors box was only partially cleared. The ball fell to the foot of Lewis Belgrave who fired home through a crowded penalty area to make it clear to the opposition that any possibility of a revival was not going to happen.

Dales completed the scoring on 54 minutes after good link up play by Garnett and Clinton Morrison gave the winger the chance to fire home from the edge of the area.

It was no more than the player deserved for his work on the day.

Sports could have made it six 7 minutes from time as Dales was tripped in the box for an obvious penalty.

Garnett placed the ball on the spot but this time fluffed his opportunity of a hat trick firing high over the bar.

It was still a good days work by Sports which left their fans purring at the final whistle.