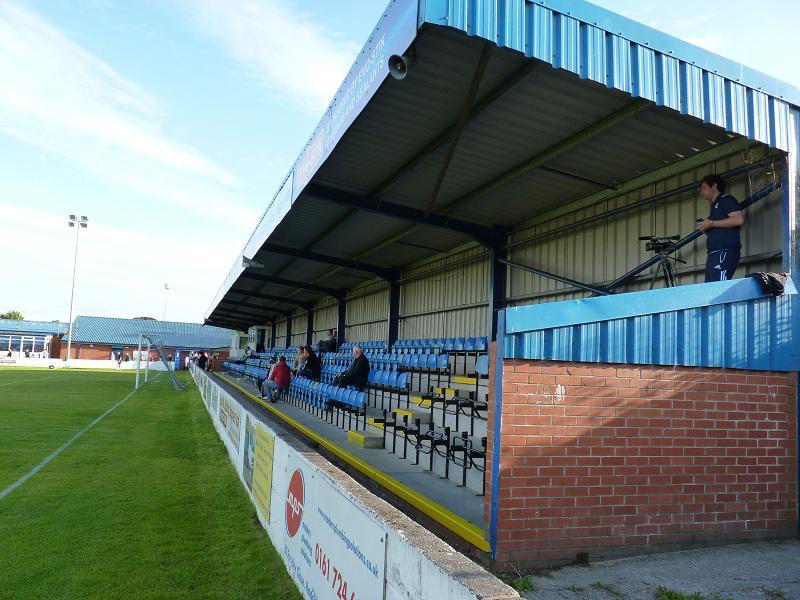 Two second half substitutes got on the score sheet for Radcliffe to turn the tide and pick up all three points, after Sports led 1-0 at half time.

Radcliffe made it five wins on the bounce in all competitions after a clinical second half display claimed victory against Mickleover.

There were early chances for Mickleover when Butler headed wide from a corner after two minutes, and then shot wide after finding space in the box a couple of minutes later.

Kole Hall should’ve put the hosts in front with a dinked attempt which scraped wide of the mark, after he  out muscled his man to create an opening for himself to shoot. He took his time on the ball before eventually chipping the goalkeeper, his effort looked to be dropping into the bottom corner but it wasn’t accurate enough as it bounced out for a goal kick.

After 25 minutes Mickleover hit the post with a deflected shot, before the defence cleared the danger, but only a minute later a penalty was awarded after Radcliffe keeper Cam Belford clipped an oncoming attacker as he tried to round him.

Captain Wright stepped up and sent the ball into the bottom corner of the net, Belford did get a hand to it, however his efforts weren’t enough. 1-0.

Belford denied Mickleover a second goal after 36 minutes, with a spectacular diving save to keep out Wright’s rocket free kick.

With half time approaching James Baxter had a chance for the hosts to equalise, when he latched onto a corner from Matty Crothers, only to shoot over the bar.

But Mickleover repeated their first half form by starting the second half on top again, but Belford was the hero once again for Radcliffe,  by making a multitude of superb saves to stop Mickleover  from increasing their lead. Those saves became even more beneficial  as Jo Cummings got the equaliser after 55 minutes.

Adam Dawson had picked up a loose ball down the left and then whipped an accurate cross into the box, before a mix of touches from both teams left a scramble in the Mickleover penalty area, with Cummings getting the decisive touch to tap home from a few yards out. 1-1.

The momentum quickly shifted in Radcliffe’s favour as they looked for another a goal.

They  mounted more and more attacking pressure onto the Mickleover defence and it was soon breached by failing to pick up substitute Chris Taylor at the back post, as he diverted the ball into the net to put Radcliffe ahead at the sixty-four minute mark.

Bobby Grant had got on the end of a cross-field pass from  Dawson, he picked out Taylor who was waiting to pounce at the back post and at the second attempt, he slotted the ball into the bottom corner beyond a frustrated Hawkins. 1-2

It could easily have been another goal for the hosts when Baxter’s shot appeared to aiming for the bottom corner, only for Hawkins to make a spectacular diving save to his left.

But just seconds after coming onto the pitch, sub Luca Navarro wrapped up all three points for Radcliffe with his first touch, after latching onto a goal kick from  Belford, he chipped the ball over the on-rushing Hawkins, who had to helplessly watch the ball as it ricocheted off the surface and made its way into the net. 1-3.

For 55 minutes Mickleover held their 1-0 advantage, but as on so many occasions this season it was not to be. But it now leaves them in a perilous 21st place in the NPL.