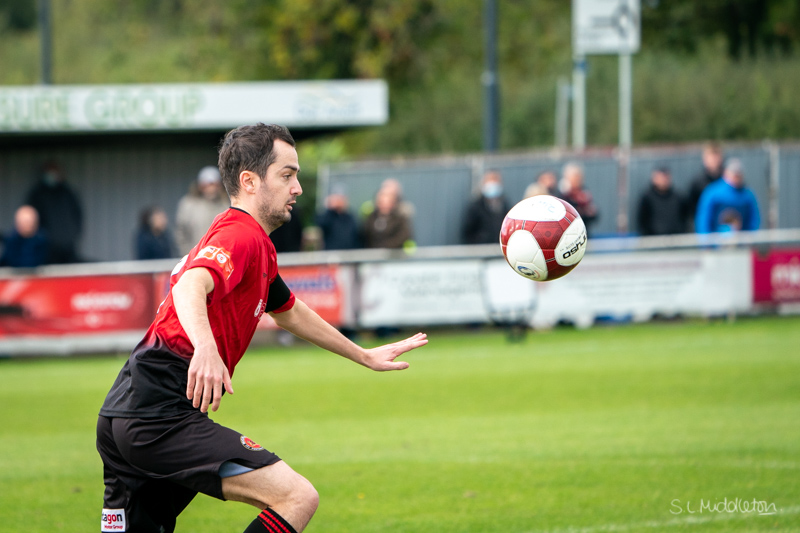 With the Lockdown suspension of Northern Premier League fixtures coming to an end, it’s time to take a look at how Mickleover manager John McGrath and Captain Mason Warren see their current situation.

Everyone else seemed to be surprised by our success so far this season, but we knew we would do well, but maybe not as well as we have though

I always go into early games wanting to win of course, same now as a manager as it was as a player. That’s continuous, but 20 odd other teams want to win too

“We believed in ourselves from pre-season and have already beaten some of the best team in the league, so now we have to prove it.”

“The games against Alfreton and Guiseley from a higher league in pre-season gave us confidence and in the FA Cup against St Albans we should have won that really,” said Warren.

McGrath tends to echo his skippers thoughts, “I knew we had potential and a good start, but yes maybe what we have done is a bit ahead of expected. But I am delighted with the team and every single player.”

“We had the momentum going into Lockdown, but some teams needed a break as they were down a bit or others, like us, can’t wait to get back up and running.”

So what did going top of the league mean to the players? “We knew were going into Lockdown and that if we won our last match at Nantwich we could go top. We won 4-0 we are top and we gave it absolutely everything and it was such a positive team performance,” Warren.

“The pressure is now on us to win at home, but we treat all our games the same. To stay where we are we need to be winning anyway.”

“There are chances that in the winter some of the games will be called off, but the league and clubs are working together to try and make it all work,” McGrath added.

So with a month out of action how do they stay fit as a team? Warren explains, “Jake Shaw our physio has given us our individual training plans, day by day, week by week to keep fit, but we have sessions on zoom as a team and they really help.”

Keeping in contact is so important, but we have a good feeling within the team this year and we are feeling strong. We haven’t got the biggest of squads and I hope injuries don’t hinder us.

“Our centre back Phil Watt is a fitness trainer and as well as the programme’s from Jake and the zoom sessions, they have been allowed to go out training one on one with a coach,” McGrath added.

So it’s Whitby Town at home for the first match on December 5th, quickly followed by Hitchin Town away in the FA Trophy only three days later.

Whitby always give us a good game, but we have to win and get those three points