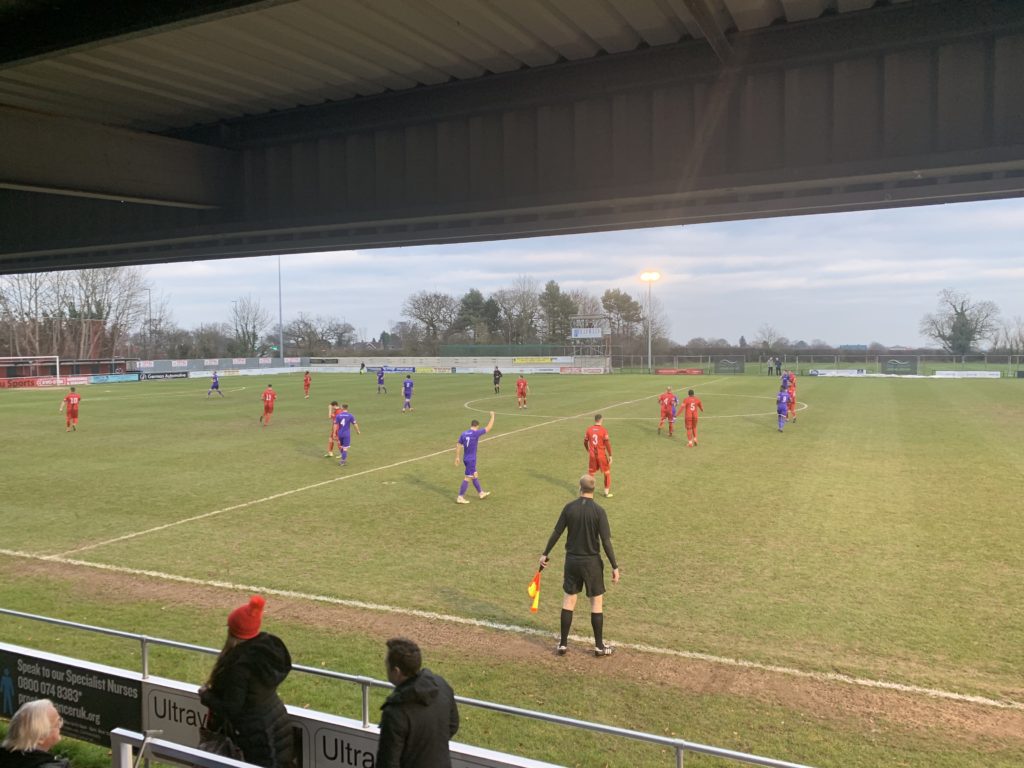 First half commenced and on the 4th minute a chance came for Sports. A good ball from Kyle Carey met Nathan Jarman and passed to Shaquille McDonald but his shot was off side. On the 9th minute, chance came for Celtic with Andy Scott’s shot going wide of the left-hand post from outside the box. On the 10th minute and a goal for Sports. A lovely cross from Ben Turner with a cross to Shaquille McDonald from Nathan Jarman and was smashed into the net to give Sports the lead. Throughout the past ten minutes, Sports have had the most chances to score again but efforts have been well saved and cleared by the Celtic defence. On the 22nd minute, a big chance came for Sports. Nathan Jarman and Shaquille McDonald linked up together as a free kick found McDonald, but his shot went over the bar.

Two minutes later and another chance came for Sports. This time it was a lovely play from a throw to Nathan Jarman, but his shot was blocked low down and out of the area. On the 29th minute a chance came for Celtic but good pressure from John McGrath put off Neil Kenini off his strike and went into the hands of Callum Hawkins. A minute later and Stalybridge had another chance to score. Greg Wilkinson was the next player to have an effort, but his shot went wide of the right-hand post. On the 38th minute, a chance came for Sports. A good counter attack from Shaquille McDonald found Kyle Carey but his shot was blocked by the Celtic defender and into the hands of Celtic keeper Aidan Winterbottom.

Second half commenced and on the 48th minute a chance came for Celtic to equalise. A dangerous throw into the Sports bid by the visitors found Neil Kenini who fired it wide of the right-hand post. On the 49th minute and Sports got a second. Shaquille McDonald made it 5 goals in 5 games with a strike outside the box and took a slight deflection and past the Celtic keeper. Throughout the past ten minutes, Sports had dominated and had many shots, but the efforts have been well cleared by the Celtic defence. On the 62nd minute, a chance came for Sports. Kyle Carey had a good shot from outside the box, but his shot was deflected and into the hands of the Celtic keeper Aidan Winterbottom. On the 65th minute, Sports made a sub with Adam Prusa returning to the squad replacing Shaquille McDonald. On the 70th minute, an excellent counter attack to Sports from a Stalybridge free kick as Nathan Jarman broke down from the right side and gave it to Kyle Carey and his shot was blocked then followed up by Jimmy Phillips whose shot went over the bar.

Throughout the past ten minutes, once again Sports were the dominate team and had many efforts, but the shots were cleared and saved by the Celtic defence and keeper. On the 81st minute, Sports made a double change with Ted Cribley and the returning Evan Garnett replacing Jimmy Phillips and Kyle Carey. On the 83rd minute, a goal came for Stalybridge Celtic with Elliot Cooke having a shot and smashed past Callum Hawkins.