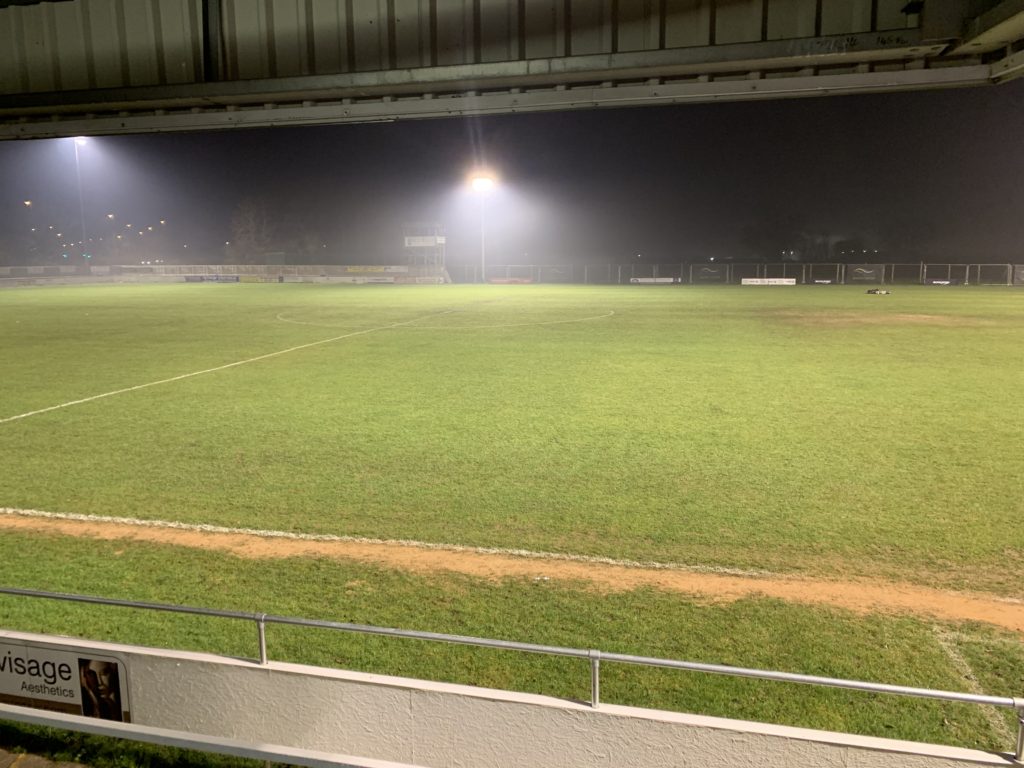 The first goal came in the 4th minute for the Sports. Ted Cribley cut inside the Belper defence and played it to Jimmy Phillips. Jimmy smashed the ball outside the box low hard and into the bottom left corner. A chance came for Belper to equalise as James Rushby sent a free header towards the goal but went across wide of the right hand of the post. Three minutes later, Belper get the equaliser after Belper were awarded a free kick. Ben Gowling takes the free kick and went under the hands of Lewis King and into the bottom left corner.

A big chance came for Belper on the 32nd minute after a mistake in defence and Ryan Baker got the ball. Ryan Baker took the shot but went over the bar. Two minutes later, a chance for Sports to take the lead but Nathan Jarman’s effort from outside the box went over the bar. On the 44th minute, another chance came for Sports. Sports manager John McGrath cut through the Belper back line, but his shot went wide of the right hand of the post.

Three minutes into the second half, Belper nearly scored. Ryan Baker got the ball and went for goal but went over the bar. On the 57th minute Sports made a substitution. Karel Tvaroh came on to replace Jake Scott. Since coming on, Karel Tvaroh made an impact with many passes for Sports to take the lead. On the 67th minute, Karel Tvaroh did it again. Karel Tvaroh burst into the box after an excellent pass from John McGrath, but his shot went over the bar. Two minutes later and Jimmy Phillips did it again. Excellent 1-2 play between Czech Republic internationals Adam Prusa and Karel Tvaroh sent the ball to Jimmy Phillips who placed the ball under the Belper Keeper and into the bottom left corner.

A double change was made for Sports with Ricky Ravenhill and Ted Cribley coming off with slight knocks. Tom Eccleshall and Jiri Boula replaced them. On the 80th minute, a third goal came for Sports. Nathan Jarman showed his skills in the box and dunk his lob over the Belper keeper and into the bottom right corner. On the 86th minute, Lewis King made a fantastic save with James Rushby’s shot from close range saved by the Sports keeper. On the 89th minute, Sports nearly scored another. Jiri Boula was sent the ball by John McGrath but the Belper keeper saved the shot from close range. Sports were awarded a corner. John McGrath took the corner and met Pablo Mills head but was put out wide of the right-hand post. On the 91st minute, a double chance to score again from the Czech Republic internationals. Both Shots from Jiri Boula and Adam Prusa went out wide of the post.