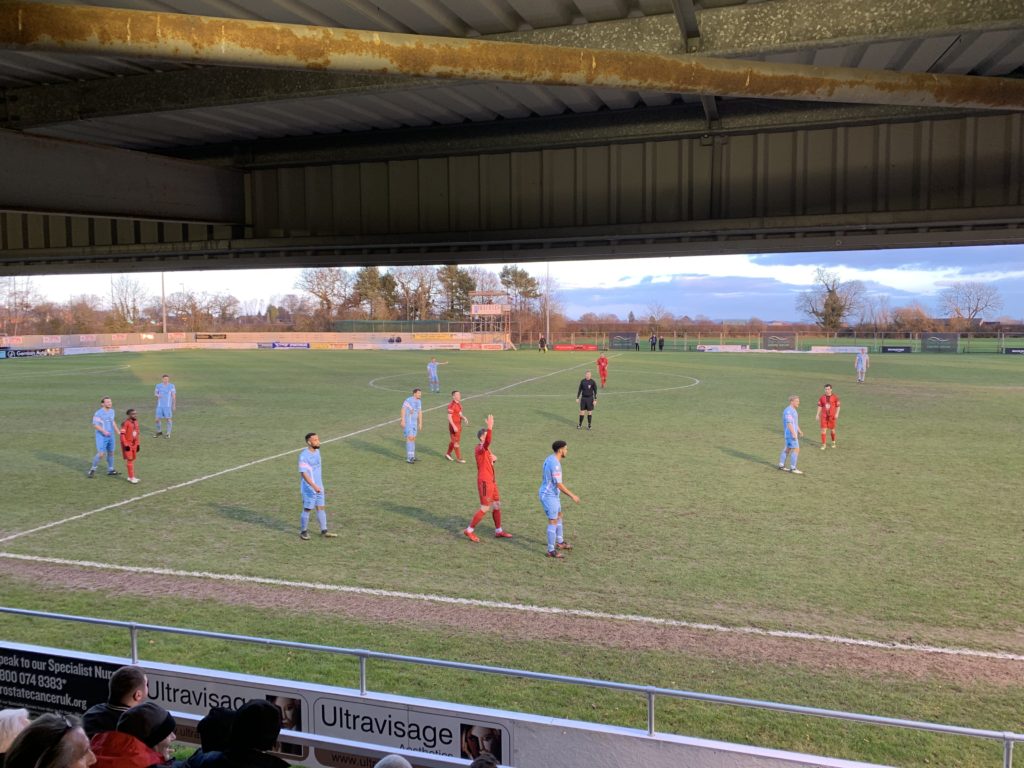 Second half commenced and throughout the first 15 minutes, not much action from each side but some excellent defending my Sports. On the 59th minute, Sports made a sub as Will Norcross replaced Kyle Carey. Two minutes later and Sports got the all-important goal. Rangers keeper George Sykes-Kenworthy dropped the ball after a long ball from Jake Scott and Shaquille McDonald struck the ball into the net to put Sports back into the game. On the 69th minute, another sub for Sports with Jimmy Phillips replacing Ted Cribley. On the 74th minute, huge chance came for Sports after a corner was awarded to Sports. John McGrath took the corner and met Shaquille McDonald but was deflected out for a corner. On the 77th minute and the equaliser came for Sports after a free kick was awarded to Sports. John McGrath took the free kick and met Jimmy Phillips who pulled it back into the box and in the goal by Shaquille McDonald. On the 80th minute, a huge chance came for Sports after Jimmy Phillips shot went over the bar. On the 85th minute, a penalty was awarded to Sports after a handball in the box. Nathan Jarman stepped up and fired the ball past George Sykes-Kenworthy to give Sports the lead.