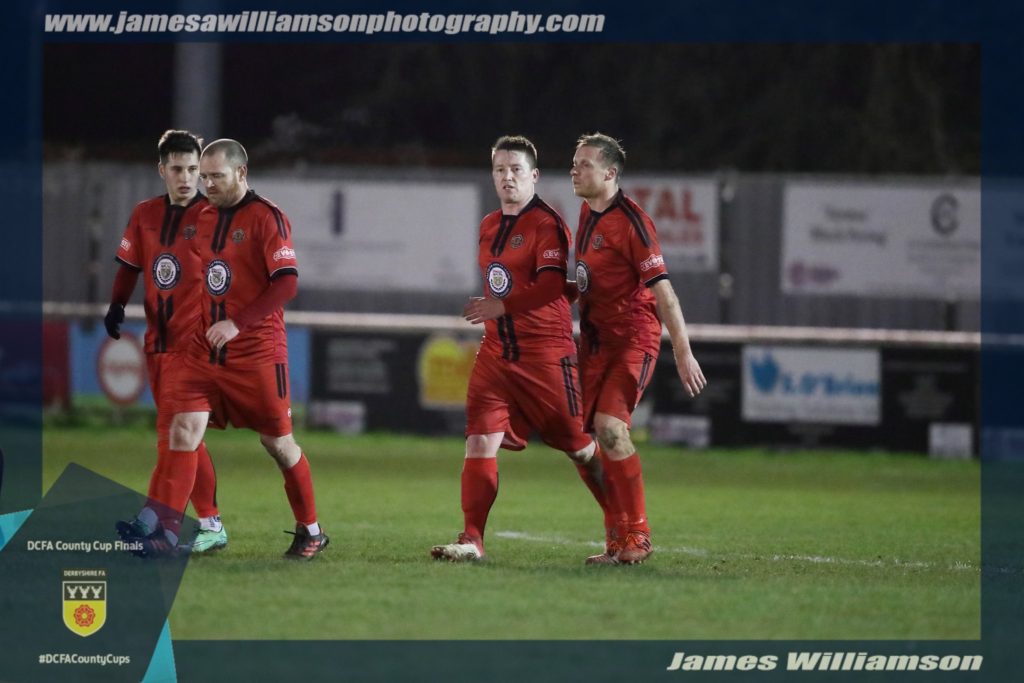 On the 31st minute, chance came for Clay Cross with Callum Lytham’s shot went out wide of the right side of the post. Two minutes later and a huge chance came for Sports, but Jake Scott’s shot hit the post. On the 35th minute, Mason Warren had a chance to score but his cross met the hands of the Clay Cross keeper. On the 37th minute, chance came for Clay Cross after a free kick. Josh Scully took the free kick but met the hands of Callum Hawkins. Callum kicked the ball out of the area and met Adam Prusa. Sports had a chance with Adam Prusa’s shot but went over the bar. On the 40th minute, huge chance came for Clay Cross. Josh Parfitt had the shot but went out wide of the left-hand post. On the 41st minute, a penalty was awarded to Sports. Ricky Ravenhill was taken out inside the box and the referee showed no hesitation and gave Sports a penalty. Nathan Jarman stepped up to take the penalty and smashed it past the goalkeeper to give Sports the lead on the 43rd minute.

On the 73rd minute, Sports scored again. An excellent cross from Kyle Carey on the right side of the box met Nathan Jarman and smashed it into the bottom left corner of the goal to give Sports the lead. On the 76th minute, Sports made their second substitution with hat trick scorer Nathan Jarman replaced by Evan Garnett. On the 80th minute, Sports made their final substitution with Jack Walsh replacing Jimmy Phillips. On the 85th minute, huge chance came for Sports. Shaquille McDonald did the hard bit and took it round the keeper but was blocked on the line by one of the Clay Cross defenders. On the 88th minute, Sports score again. A neat play from Sports set up Shaquille McDonald who got his 6th game in 6 games after the ball smashed past the keeper. Throughout the added minutes, Kyle Carey and Shaquille McDonald had chances but both efforts went over the bar. Pablo Mills also had a chance to score during added time with an amazing free kick, but his shot hit the post.
Full Time: Mickleover Sports 4-1 Clay Cross Town.