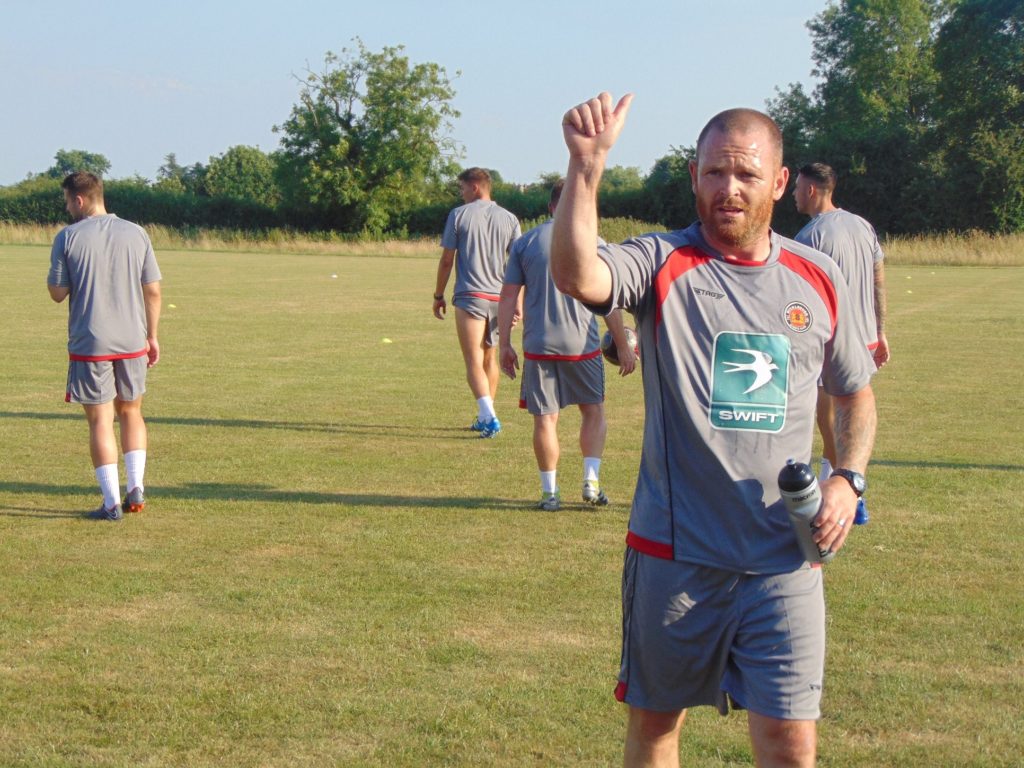 It’s time to dust the cob webs off and get back to action as Sports return to action after nearly 10 and a half weeks since their last game at home to Barwell all the way back in April. Pre season kicks off with a home friendly against what is expected to be a very youthful Notts County side, but this does not mean it will be any less of a test.

How much are you looking forward to the first pre-season friendly?

It’s always great, as a footballer, to pull your boots back on again after the summer break and get a game of football. Match fitness is vital in the lead up to our opening fixture so playing pre season games is definitely a vital part of that.

What in your eyes will count as a successful first friendly? Result? Performance? No injuries, etc.?

I’m not really bothered about the result. I am more interested in players fitness at this early stage. And also can we get through the 90 minutes without anyone picking up any niggles or injuries. With us having a small squad it’s key that we try and keep everyone as fully fit as possible.

What sort of test/side can we expect to see from Notts County?

I’m sure whatever side Notts Co bring it will be a test for us. Even if they bring the young 18’s and 23’s they should still pose a threat to us both technically and physically but the simple measure that they are in full time training.

Whats the plan of action in terms of how many minutes your players will be looking to play? Will you be looking to rotate your squad throughout the game?

Tonight we will play two separate teams in each half. It’s about easing the players into games and not pushing them too hard too soon.

What are you looking to see from your players during the game and do you have a full squad available for selection?

We have the majority of the squad available with some academy kids and also some Trialist’s I want to have a look at suiting the game also playing. We play a specific brand of football and that’s what I will be looking at most during the game. Can we stick to our philosophy and play the game our way.

Kick off tonight is 7:30pm and admission prices are £5 for full paying adults with Children U16 and Ladies are also being offered FREE ADMISSION for this pre season friendly so come down and get your first viewing of your Sports side in action ahead of the 2018/2019 Northern Premier League campaign.