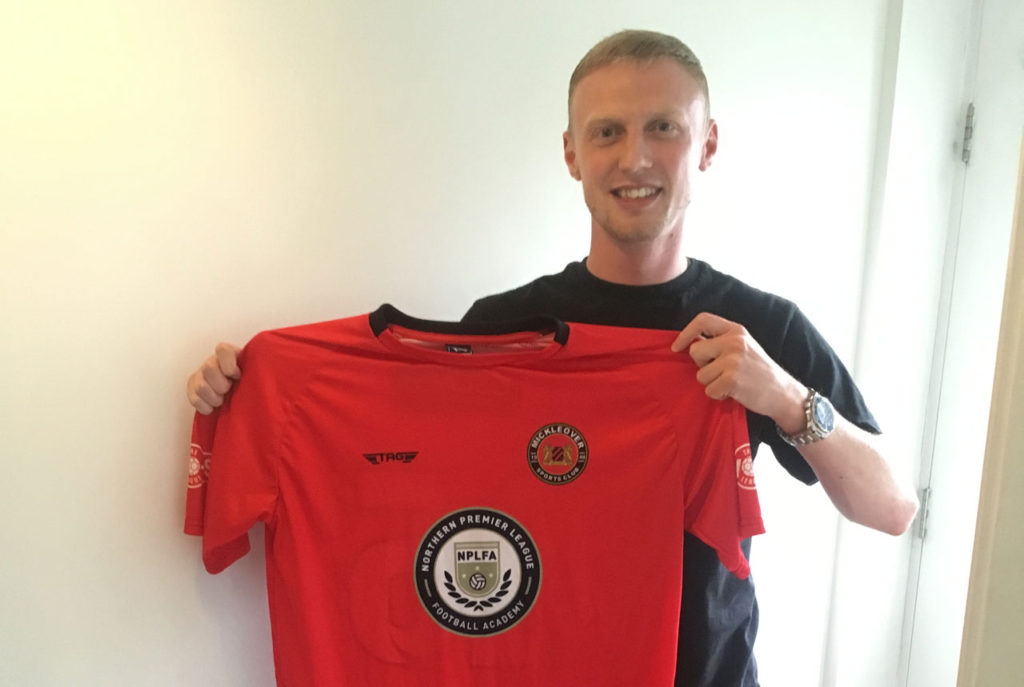 Mickleover Sports are over the moon to fight off higher competition to sign James Cadman. James is a wide/central midfield player who spent his childhood at Rotherham United FC. When his contract expired at the then Championship side, he went on to play for Stalybridge Celtic, Harrogate Town, Hyde United and Scarborough Athletic where he won promotion to the EvoStik Premier Division at the end of the 2017/18 season.

It took the gaffer 10 minutes maximum to convince me that Mickleover was the club I wanted to play for. The philosophy, mindset and ambition of the club really made my mind up for me. I just want to come into a good set up and help the club win as many games as possible and push for promotion. From memory, playing against Mickleover last season was difficult because the standard of football was so high and I want to be a part of a team that plays the way that this group of players does.

It shows how far we’ve come as a club, and shows just how much our philosophy appeals to footballers that we can attract players of the caliber of James Cadman. He’s an exceptional footballer with a great attitude who adds great quality to our squad. From our initial meeting with James it was apparent that both club and player were a ready made fit. Welcome to Sports James.