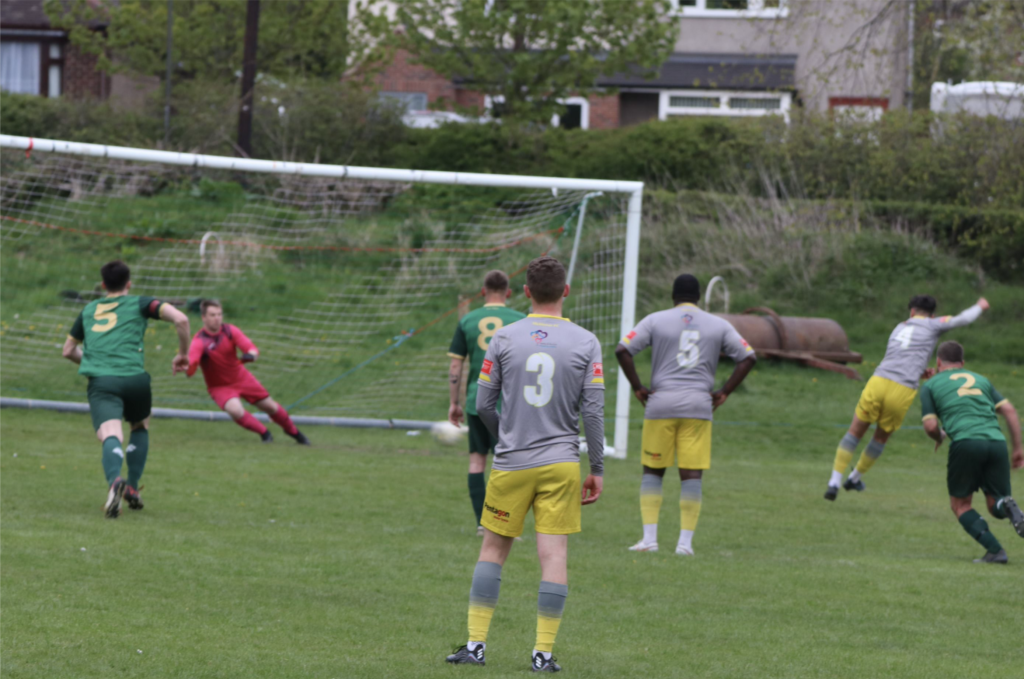 With hopes of the title having gone, Sports were looking to do the double over their hosts, having won 8-1 at the Don Amott Arena earlier in the season.

It was five minutes into the game when Wirksworth were first to get a shot in, but the effort was straight at keeper Smith.

It continued to be a fairly even but scrappy game, with Mickleover struggling to take their familiar runs on the bumpy pitch.

Moore got a shot in after 12 minutes which was blocked and a minute later the hosts had a free kick which failed to penetrate the defensive wall. 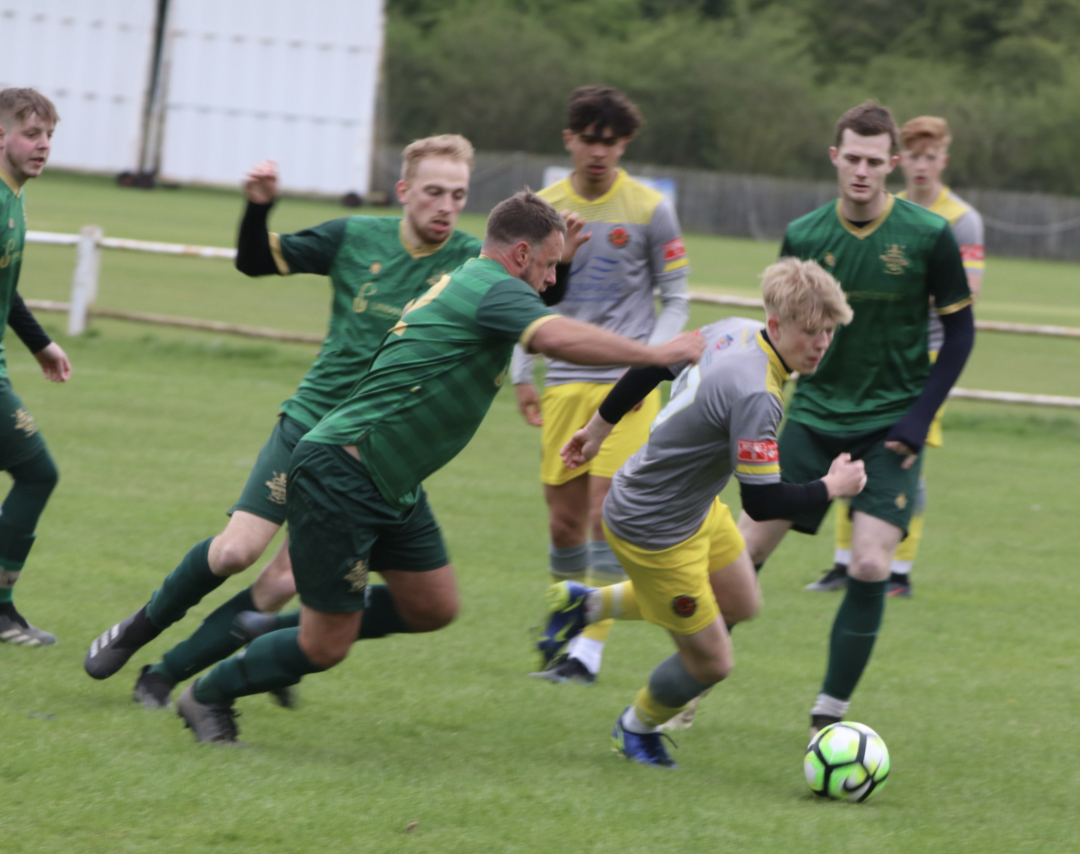 Barker finally managed to get a longer run after 19 minutes, fired in a shot from distance but was well wide of the mark.

Robinson then burst out of defence to try his luck, floating in a curler from the left which was taken by the keeper.

There was another free kick for Mickleover after 26 minutes, with Atwal playing it short to Barker, whose pass found Moore with his effort blocked again.

But Wirksworth then went close when their number nine tested Smith, who palmed away the effort to his left for a corner.

Mills had the ball in the net on the half hour but it was offside, before Brear lost the ball in midfield and the Wirksworth number four had a first time shot just wide of the post.

The hosts seemed to have gained confidence and had started to take charge, with the number nine having two shots in a two-minute spell, both covered by Smith as they went wide of the goal on both occasions.

The deadlock was finally broken when Moore was fouled in the box and Atwal made it 1-0 from the spot after 38 minutes.

Wirksworth had one more effort wide of the post before half time, but there was drama in the Mickleover camp. Mills had been fouled and injured his shoulder, being replaced by Smith. 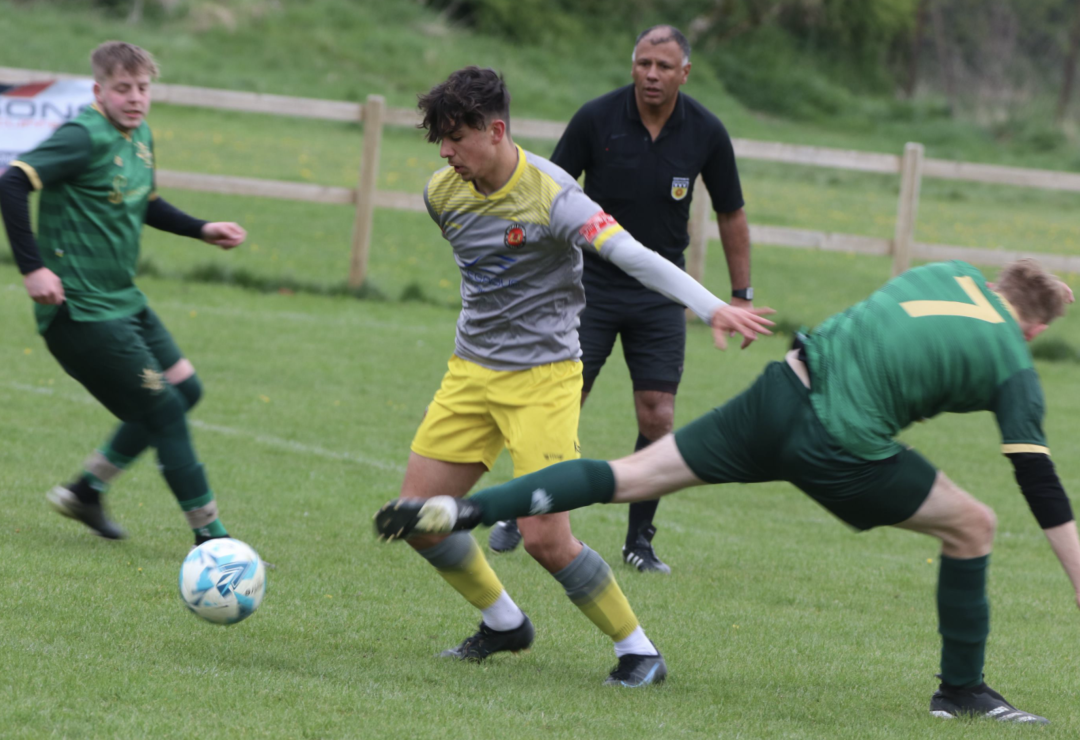 Atwal’s free kick was handled just outside the box, prompting a second kick, which was curled fractionally over the bar with the keeper beaten.

As the second half got underway Mickleover seemed to have more possession from the off. Atwal shot over after 49 minutes, but the hosts replied with another effort straight at Smith.

56 minutes and Lewin came on for Groves, which was soon followed by Ayetine’s first real attempt on goal.

Mann and Robinson were looking steady at the back, allowing both Massampo and Lewin to push forward.

Brear was working hard with Atwal in midfield but it was Robinson whose long ball found Barker after 63 minutes, cutting in from the right to earn another corner.

Lewin put in a nice cross which Moore headed wide and Brear had a long run 75 minutes in, before his effort was blocked and Barker’s follow up went wide. 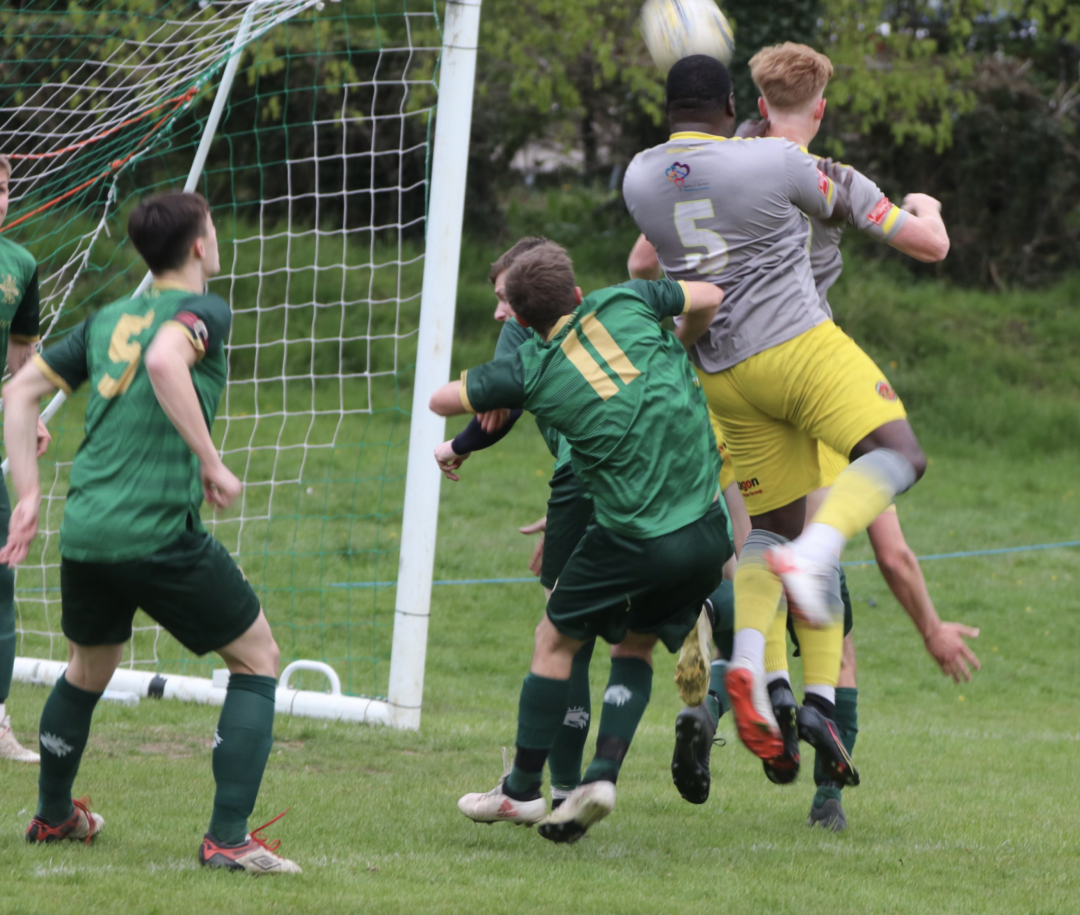 A second goal was looking a strong possibility in the failing light, with Moore making a nice turn and shot just off target.

But with 10 minutes left and just the one goal there was a bit of chaos in the Sports defence following a Wirksworth break. Smith was out of his goal and his attempted clearance was sliced wide to the Wirksworth chasers, who failed to capitalise on their chance.

Brear had another shot blocked after a precise and slow build up and then with seven minutes left Robinson charged through again and fired just over.

84 minutes and the second goal finally arrived with Moore heading the ball around the keeper, before firing into the back of the net 2-0.

It was almost dark when the final whistle went but it was three points and the runner-up spot in the league table secured.