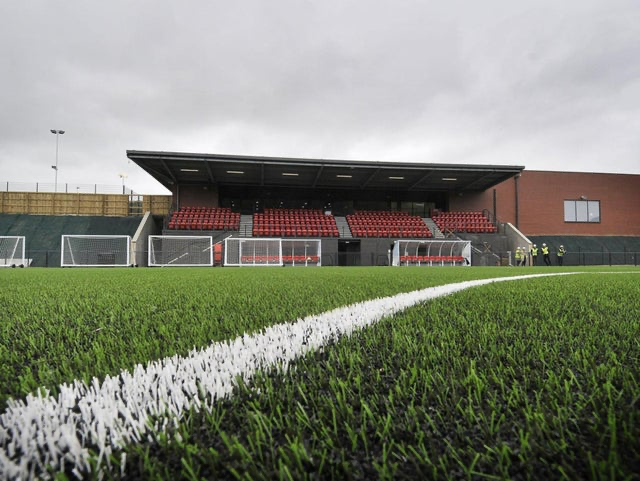 Mickleover Sports drop to 13th in the BetVictor Northern Premier League as they suffered a 4-1 defeat to Scarborough Athletic at Flamingo Land Stadium.

A brace from James Walshaw as well as goals from Connor Thomson and Michael Coulson ensured the three points and shifted them up to 11th position. Stuart Beavon scored in the second half, but it only proved to be a consolation in a crushing loss.

The game instantly started lively between the two sides and ended up an end to end thriller in the opening minutes of the game. Mickleover shared the more decent chances between the two sides. This saw Beavon strike the post with his close-range effort followed on by Thomas Taylor miraculously save the rebound. The 16th minute saw Scarborough’s Josh Barrett connected from a corner however could not find the intended target.

Scarborough would score their first goal in the 26th minute after Connor Thomson rebounded home from a free kick saved by Nathan Broome. Their commanding lead doubled eight minutes later when Walshaw secured his first after he found himself through on goal and launched it past Broome into the far corner.

Walshaw could have scored the third just before half-time after his venomous shot was saved by Broome once again. The second half, Sports were Sports were given a lifeline after Beavon reacted brilliantly to terrible defending by Scarborough Athletic and nicely finished with his outside foot past Taylor.

Mickleover looked to a greater extent alive in the second half, playing more fluidly and more direct. This could undoubtedly have resulted in another goal, and the remarkable comeback complete after new signing Aman Verma narrowly missed the target with his header.

Scarborough added a third effectively putting an end to the game in the 70th minute after James Walshaw smartly headed into Broome’s near post from Ryan Watson’s corner and picked up his brace after an outstanding performance. Coulson could have naturally made it four when he saw his six-yard effort was saved by Broome before sealing the win and getting his goal in the 90th minute.

John McGrath’s men will be hoping to bounce back from the hefty defeat with a win on another away against 6th place Stalybridge Celtic at Bower Field on Saturday the 21st December.