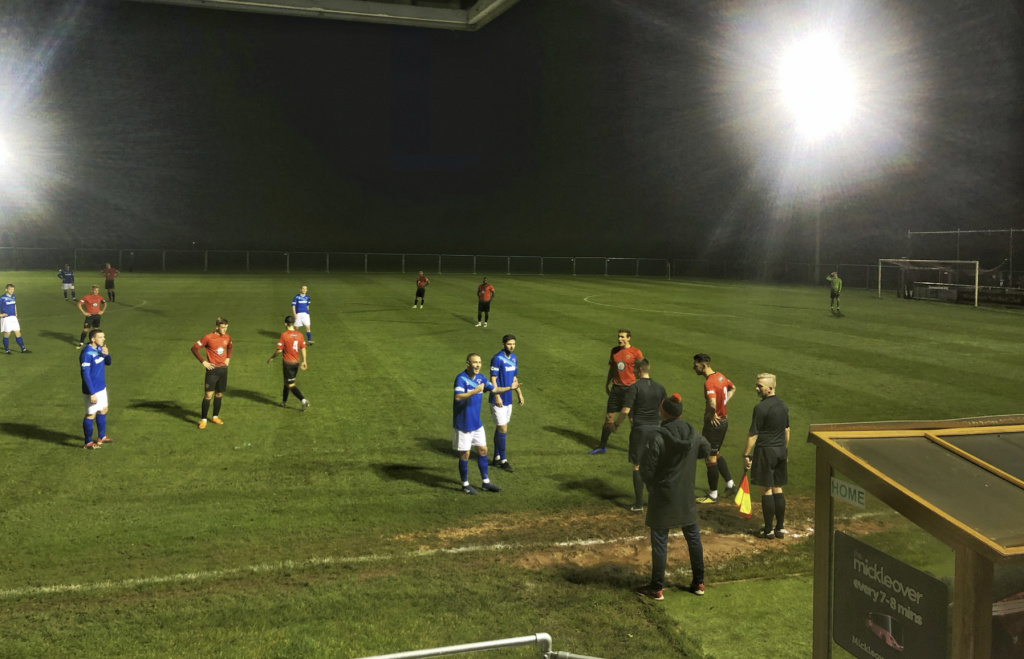 Mason Warren and Mickleover Sports salvaged a point against ten-man, Morpeth Town. Quality came in small doses, but passion was portrayed throughout.

The first half lacked clear cut chances, but it was the visitors who took the lead. After 20’ minutes, against the run of play, Liam Henderson steered a header from the front post to the back after a clever cross from Joe Walton. Both sides exploited the wide areas as the primary principle of attack. Morpeth smelt blood and turned up the tempo before halftime but Mickleover’s defence stayed strong.

After the break, Mickleover regrouped and started to dominate, Mason Warren grew in confidence on the ball and started to orchestrate the attacks. Frustration crept into both sets of players as time progressed. Tensions and tempers were raised when a potential career ending tackle resulted in only a yellow card for Chris Reid. Manager, John McGrath, branded the challenge as an “old fashioned leg-breaker”.

It wasn’t until the 73’ minute that Mickleover got what they deserved for their efforts. A penalty was awarded when the captain, Jake Scott, was brought down in the box. Warren slotted away with confidence to equalize. Just nine minutes later,

Morpeth Town were reduced to 10 men, Shabz Mohammed received a straight red card after an unnecessary stamp on Richard Bachelor.

Despite the extra man and dominating possession, Mickleover were unable to find the winner they deserved. They will be disappointed with just the point at home, but they extend their unbeaten run to six matches and have taken 11 points from their last 15.