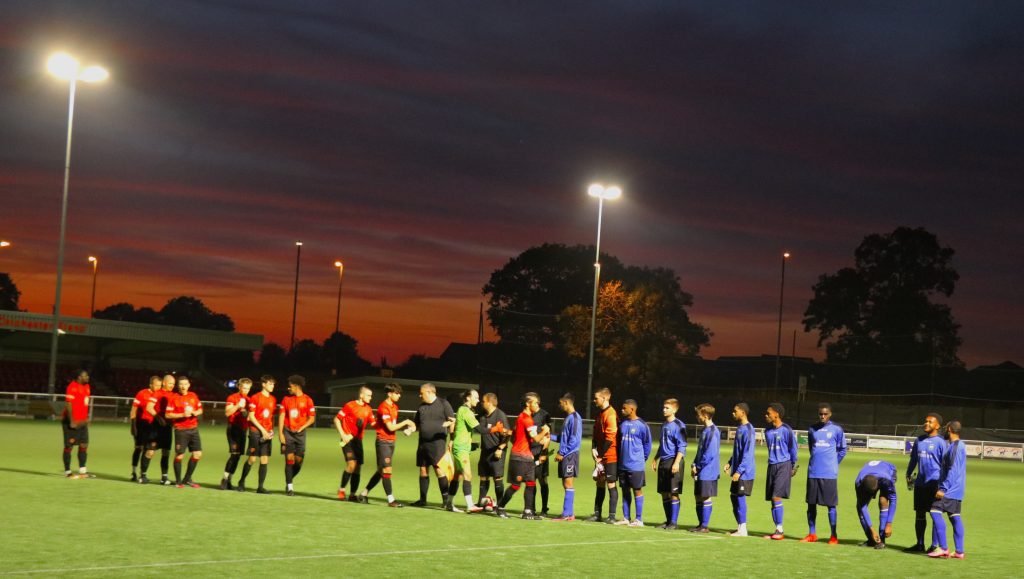 To use an old cliché, a game of two halves, well Mickleover Reserves Central Midlands Premier Division South game at home to Nottingham certainly was.

Mickleover had their first promising attack after four minutes, but it started end to end, with Bowen sprinting off his line a minute later to thwart the visitors first attack.

Sports went close after seven minutes when a Mills free kick found Wright, who put the ball across the face of the goal.

Atwal, McGrath and Barker then combined, forcing the Notts keeper to pull off a good save.

The keeper was soon in action again blocking a point blank shot from Wright after 10 minutes. 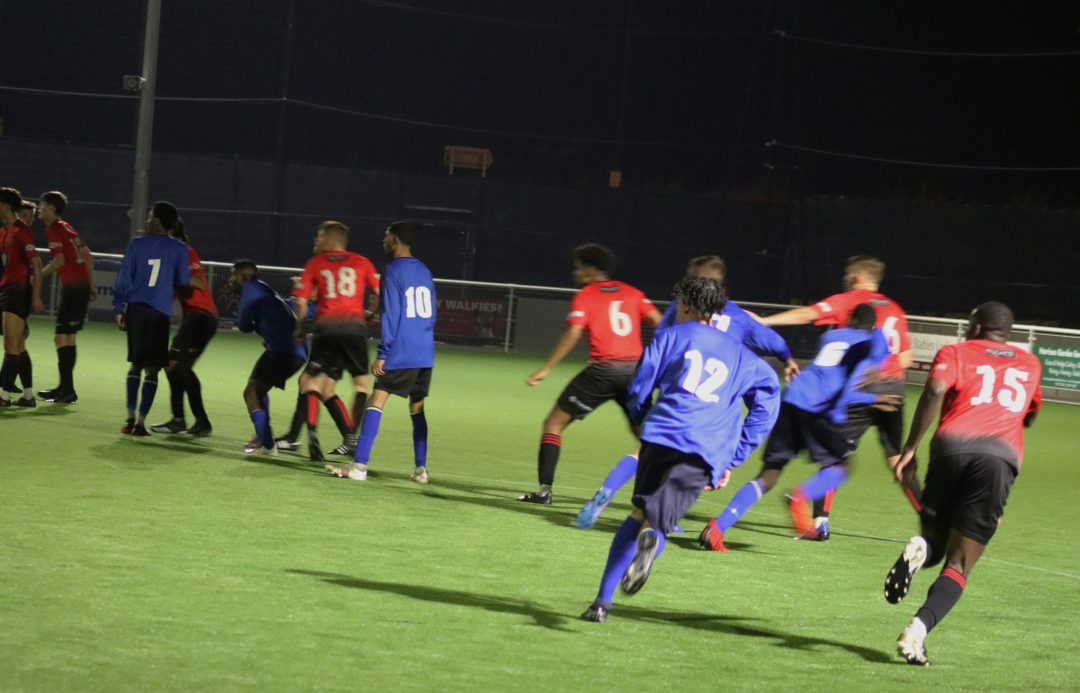 Both King and Edge-Lucas were starting to push forward on the wings and 14 minutes in King’s run just over the bar.

Two more saves from the keeper but after 17 minutes he finally succumbed, when Edge-Lucas crossed from the left and Mills hit it home 1-0.

A few minutes later Edge-Lucas put another good cross in but there was no one top collect.

There was another good chance for Sports when Barker had a long run through the defence after23 minutes. Wright was on the receiving end but his shot was high and wide.

Notts were making random breaks, which on the whole were covered by Mann and Pugh at the back. But after 25 minutes Notts managed to hit the bar too.

Sports came charging back however and Mills made it 2-0 after 28 minutes, when a McGrath through ball left him one on one with the visitors keeper, slotting home with inches to spare.

Mills was almost there again just missing an Edge-Lucas cross into the box  and a minute later with a free kick headed clear. 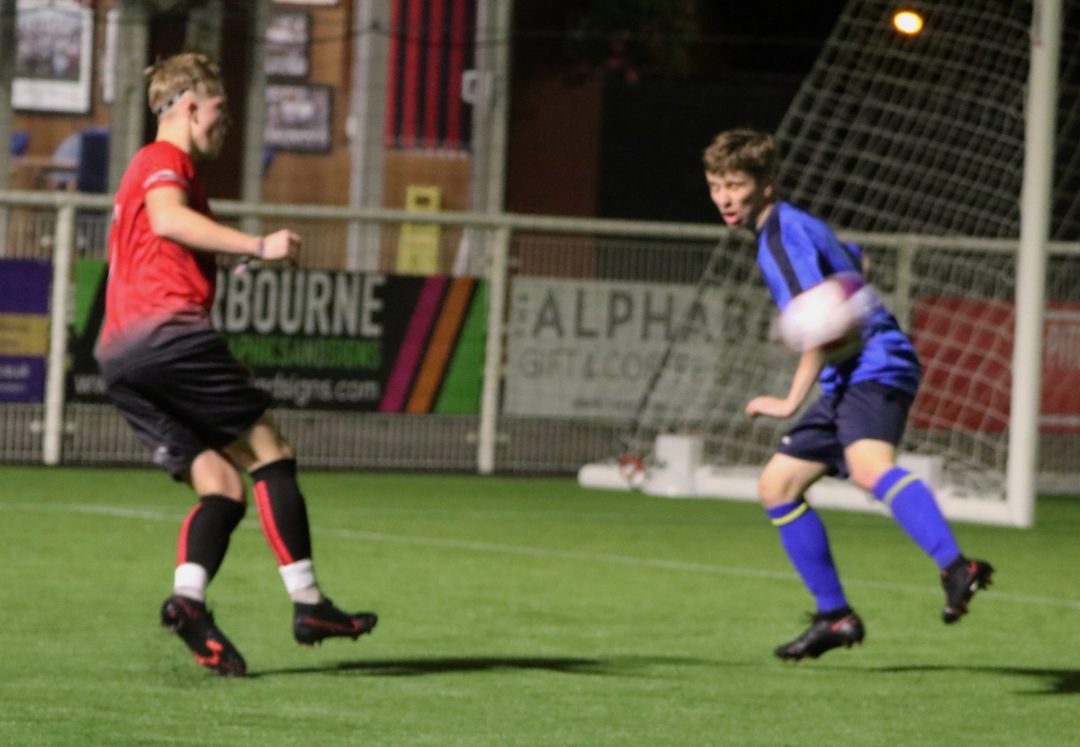 Edge-Lucas went on another over lap just past the half hour, this time he took it himself and hit the post, before King fired a cross back into the box, with a Mills miss hit right in front of goal.

Notts had another rare chance after 40 minutes but shot wide and Sports rounded off a strong second half with a good build up from McGrath and Mills, before Atwal lost possession.

Mickleover started the second half unchanged and were on the attack again, with Mann trying a long shot on target. Wright then fired another attempt over after 48 minutes, before the Josh Satchwell came on at left wing back for Edge-Lucas.

Notts pulled one back after 54 minutes when Pugh lost out, leaving Bowen little chance from a well struck shot.

Ravenhill then found Mills in space and he saw the keeper off his line, tried a chip which was just wide. 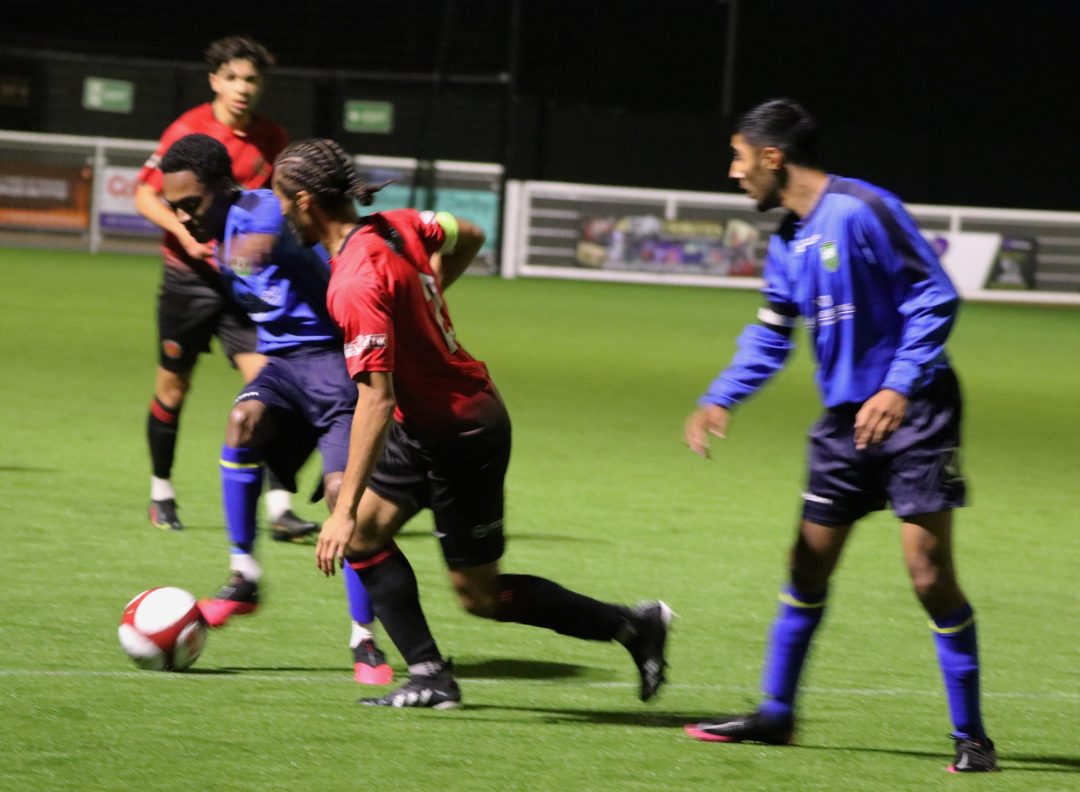 Notts were starting to get into the game more and Bowen was forced to leave his line, but missed the ball, leaving Mann to clear.

But Mickleover came straight back to make it 3-1 on the hour, with Barker whipping through the defence to slot home in a solo effort from the left.

Only a minute later it was 3-2 when Bowen’s initial save saw the ball loose. With no defenders close enough to clear, the Notts striker took his chance.

Ayetine managed to get a break on the left after Notts had pushed forward, the ball fell back to Atwal, but his long shot fell wide.

The flow of the game had become more scrappy as both teams tried to push forward. 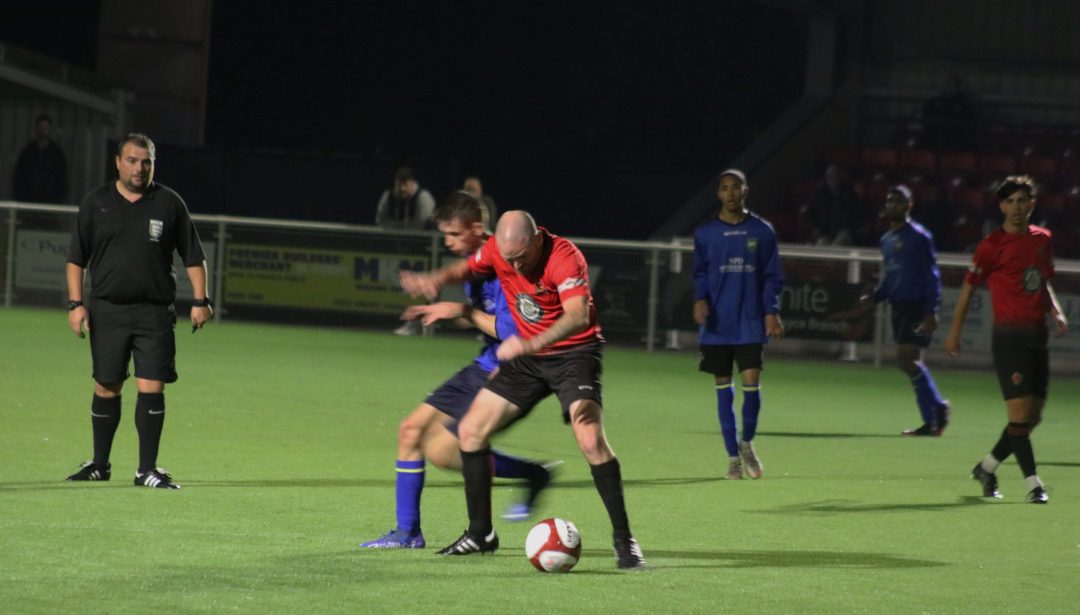 Satchwell tried a cross from the left after 74 minutes, but it was blocked in the box and then Mann had a header saved.

Bowen was then forced to save again from a Notts break, before King went on the attack and had a 81st shot saved.

In the final five minutes Ayetine cut inside and got a strong shot in, but the deflection ended the last chance of the game.

It was a tough game with Mickleover doing just enough to keep Notts at bay for the win, after a much improved second half from the visitors.

On Friday it’s an even tougher game, when Mickleover face top of the table Blidworth at home, kick off 7.45.