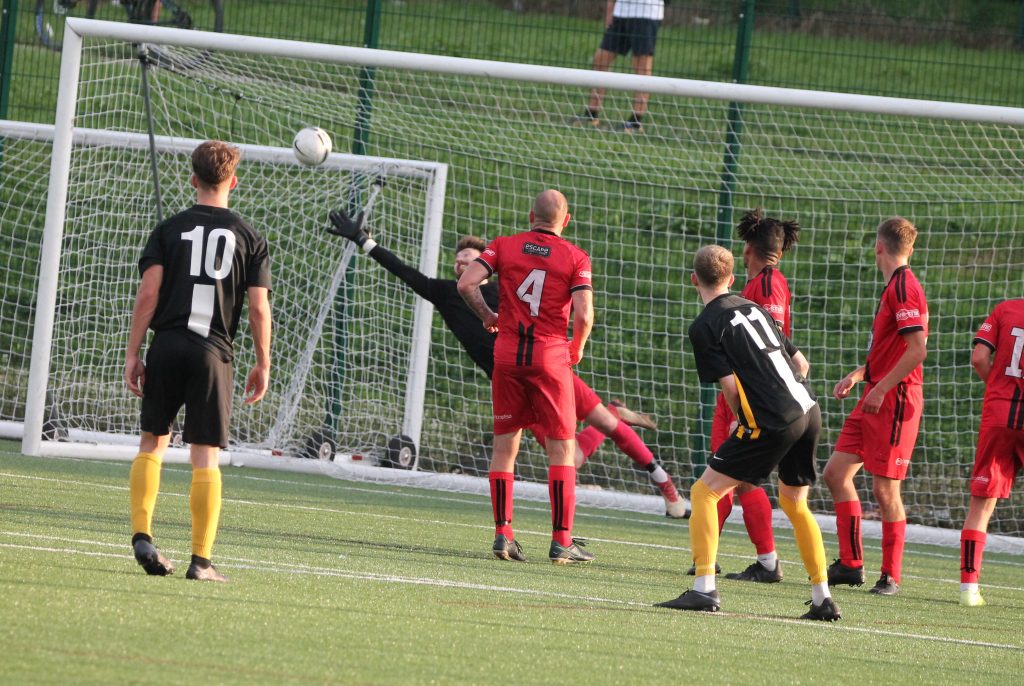 After a win again Derby United and a defeat last weekend to Ilkeston Town under 21’s, Mickleover FC reserves were back in action last night against Worksop Town under 21’s at the St George’s Complex near Sheffield.

It was a mixture of youth and experience in the team line-up, with manager John McGrath in midfield.

Worksop started at a pace and had their first attack headed away by Clarence Clark, before their first shot went wide of the post after five minutes.

It was a fairly even first 10 minutes with a smattering of free kicks for both sides. But Mickleover’s first chance came when Josh Satchwell put Fin Barker through and his effort was cleared by the keeper.

A few minutes later it was Satchwell on the attack again, trying to chip over the advancing keeper.

Sports attacks were becoming more regular after some Worksop pressure and after Barker fired at the keeper, Ted Stevenson shot just wide.

With Clark, Marcus Calderone and Elliot Murray working well at the back, Stevenson Bobby Battison both got breaks, just losing out with a one on ones with the keeper.

But 23 minutes in there a scare for Sports keeper Charlie Bryan, when Calderone’s back pass was short and intercepted by a Worksop striker, whose shot hit the post.

Tom Eccleshall was the next Sports player to try his luck, firing over the bar after a free-kick had been cleared.

It continued to be end to end play and when Satchwell put a good ball through to Barker. The striker’s shot went across the face of the goal, just inches short of an opening goal.

The midfield feed with McGrath at the controls began to have more success seeking out Satchwell and Barker. Satchwell had a collision with the keeper as he chased hard and shortly afterwards had a header just wide of the far post.

But on 43 minutes Bryan came out from his goal but missed the ball as he bounced , leaving Worksop with a clear shot into an empty net for the lead.

Sports came charging back to try and grab an equaliser before half time, Satchwell was through but couldn’t get the space to place his shot.

After Eccleshall picked up a yellow card, Jude Ayetaine went close. But just before the half time whistle Bryan pulled out a fine save to his right from a Worksop free-kick.

There were a few substitutions for the second half, but Sports were straight on the attack, with Ayetaine placing a good ball into the box, from which Satchwell almost connected.

But after 55 minutes the equaliser finally came, after Ayetaine collected the ball in the box with his back to goal, after shielding well from the Worksop defence he swivelled and fired into the corner of the net.

Sports sub Junior was battling his through the Worksop defence and receiving constant hassle, but looking dangerous on every attack.

After 80 minutes Satchwell got his just reward with a well taken second goal for Sports from inside the box.

Only couple of minutes later however Worksop were level again, after a corner dropped nicely for a Worksop striker.

There should have been a penalty for Sports however, when Ayetaine was held back by two defenders, but the referee waved away appeals.

Bryan had to pull off a few more late saves from some random Worksop shots and a couple of free kicks, but 2-2 was probably a fair result.

The Sports team had a much more flowing and threatening second half though, which bodes well as the competitive season approaches.