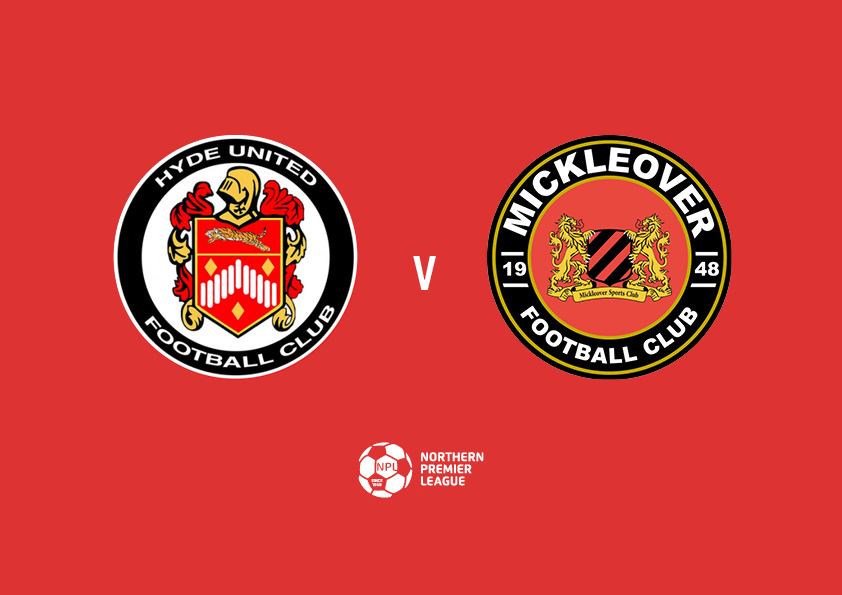 Having beaten our hosts at the Don Amott Arena earlier this year, hopes of a double are top of the agenda.

Hyde are currently six points ahead of us with two games in hand, holding 15th place in the NPL and unbeaten in their last five league games.

They have had 1-1’s at Stalybridge and Gainsborough over the last two weeks, after beating South Shields away earlier in December.

During the last couple of months seven of their squad have been ever present, which has aided their performance and seen them start to climb the table.

Goalkeeper Joe Green was a Sheffield United Junior, who headed for the US after his release and played College football for Monroe Mustangs in New York.

He joined Newport County on his return to the UK, making a couple of first team appearances, before moving on to Handsworth Paramore and Hemsworth MW. A short stay at Scarborough preceded a three year spell at Guiseley, during which time he was loaned out to Gainsborough, who he then joined permanently. He’s been ay Hyde since August 2020 and is one of the ever present players this season.

Defender Harry Ditchfield can play anywhere across the back line. He only arrived at Hyde in October, having come through the Salford City Academy.

Left back Kyle Brownhill is a long serving player, who began his career as a Stockport Junior, before being picked up by Burnley. He was loaned to Workington before his release, from when he joined Hyde for the first time in 2014.

After further loans at Telford that became permanent, he arrived back at Hyde in August 2016. He soon moved on again to Altrincham and Ramsbottom, but came back to Hyde for the third time in December 2017.

Ed Elewa-Ipakwu is Nigerian born defensive midfielder who played for Leicester City Academy after a short earlier spell at Stoke. Following his release in October 2020 he spent a year at Lancaster City, before joining Hyde in 2021.

Jordan Fagbola is Nigerian born too. The centre back came from FC United in July 2018, having started out at Rochdale. His career has also taken him to Stockport, Colwyn Bay and Solihull Moors.

Centre back Bradley Roscoe a Preston Junior, who moved on to Fleetwood before settling at Buxton in 2016, where he spent three years before moving to Hyde. He has also scored two goals in the last month too.

Albanian midfielder Krisel Prifti came to the UK in 2019, having played six years in his homeland, for KF Viora, Himara, Bylish Ballsh, Luzi Utd and FK Apolonia in the Albanian Super League.

After arriving in the UK he joined Trafford, before moving to Stalybridge where he played last season, moving to Prestwich in July 2021, before coming to Hyde.

Teenager Cameron Fogerty is a product of the clubs own youth programme. He made his league debut earlier this season and is now an integral part of their line-up.

Jonah Mitchell has been on the score sheet in two of the last three games. The Irish winger was a junior with Ards, before moving to Annagh Utd. He played at Queens University in Belfast and came to Hyde last season.

Liam Tongue is in his third season at Hyde, having started out at Stockport Georgians. The striker has also played at Cheadle, Mossley, Stalybridge and Marine and has scored three goals in the last five matches.

Striker Tom Pratt started out as a Bury Junior. He’s played at Ashton, Mossley and Trafford and been at Hyde since July 2017. He is also our hosts captain.

Midfielder Harry Benns was a Port Vale Junior. He was loaned to Stafford Rangers and came to Hyde in July 2019 on his release.

Ciaran Summers can play left back or midfield. He has spent most of his career in his native Scotland, starting out with Stenhousemuir. After a spell at Queens Park he spent a year in the Netherlands with VV DOVO Veenendaal, before joining Stirling Albion in July 2021 and finally Hyde in October.

A former Leeds and Scunthorpe junior, striker Jack Dyche has played for a number of clubs. He was loaned to Ashton and Boston before being released by Scunthorpe in 2018.  After a year at Guiseley he first joined Hyde in July 2019, moving on to Ossett and Curzon Ashton before returning in October 2021.

Henry Carne is a young defender that has come through their own youth programme and joined the first team squad this season.

James Chew is another junior graduate, currently one of the reserve goalkeepers.

Fenton Green is one of the more recent signings, a young midfielder fresh out of Crewe’s Academy, he arrived in October 2021.

Carter Waters is another one for the future, the pacey winger has also come through Hyde’s own youth programme.

Midfielder Chinedu Uche is yet another Nigerian born player in the squad. He played his early UK football at Oldham, before moving to Glossop North End, from where Hyde signed him in August 2020.

Stalybridge, Curzon Ashton, Witton, Halifax, Garforth, Burscough  and Vauxhall Motors are among goalkeeper Craig Ellison’s previous clubs. He started as a junior at Altrincham before moving to Crewe.

He came back to Stalybridge after a lengthy injury, before joining Hyde and is also a successful goalkeeping coach at Burnley’s Academy.

Finally striker Jack Doherty is coming to the end of his months loan from Accrington Stanley.