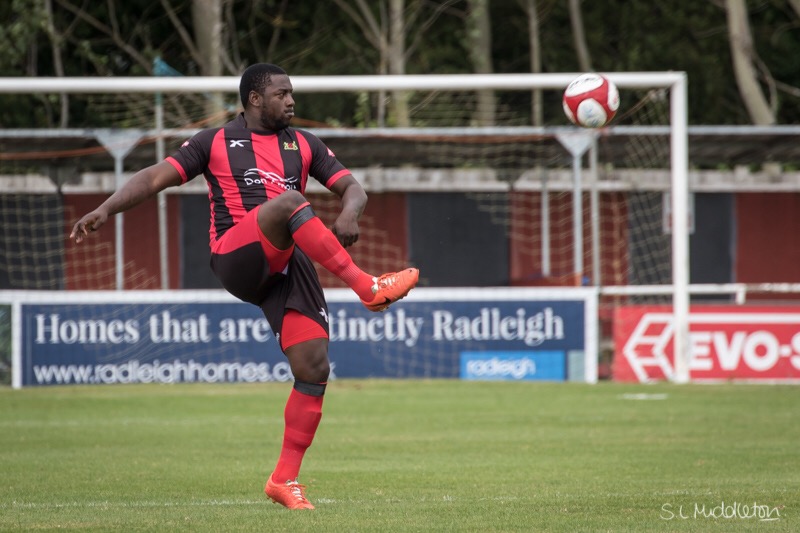 Attn 361
Top of the table Buxton FC gave Sports their hardest test of the season so far. Although the score line was a fair reflection of the balance of play it is fair to say that Mickleover will not be the last team to fail to nullify the threat of the visitors this term.

With Lewis King out following an injury at the weekend away to Frickley youngster Jack Tolley was brought in for his first start of the campaign, and Isaac Minnott was preferred to Adam Baskerville in the starting line-up with the intention of setting different problems for the Buxton defence than those they would have been aware of from previous performances this season.

The tactic did not prove as successful as was hoped and Baskerville regained his place in the heart of the attack early in the second half.

Mickleover took the game to the table toppers in the early stages of the game without troubling visiting keeper Jan Budtz.

Buxton took the lead on 29 minutes when an attack by the hosts broke down leaving central defenders Pablo Mills and Tom Burgin exposed to the direct running of Bradley Grayson. Tolley was off his line quickly when the defence was breached and managed to force Grayson out wide, but the forward somehow managed to find the back of the net even from the angle.

Danny Schofield was not too far off target with a shot from all of 35 yards that went just over the bar with 31 minutes gone and Minnott was tried denied in the final minute of the half, but despite getting the ball back to him from his initial strike was unable to convert at the second time of asking.

Andy Dales provided a cross which Mills headed over on 65 minutes, and three minutes later it was Dales again with an inviting low cross into the box that no one was able to get a connection on.

The visitors went 2 – 0 up on 79 minutes with Brad Abbott firing home after Sports were unable to clear.

It was Abbott who closed the scoring 2 minutes later, and although there was an argument for offside. The 3 goal margin between the sides was an accurate reflection.

It wasn’t all misery for the home side as William Norcross on as a substitute for the final 20 minutes of the game gave a display of energy and enthusiasm that will have given player manager John McGrath some food for thought ahead of the home cup tie against Spalding at the weekend.