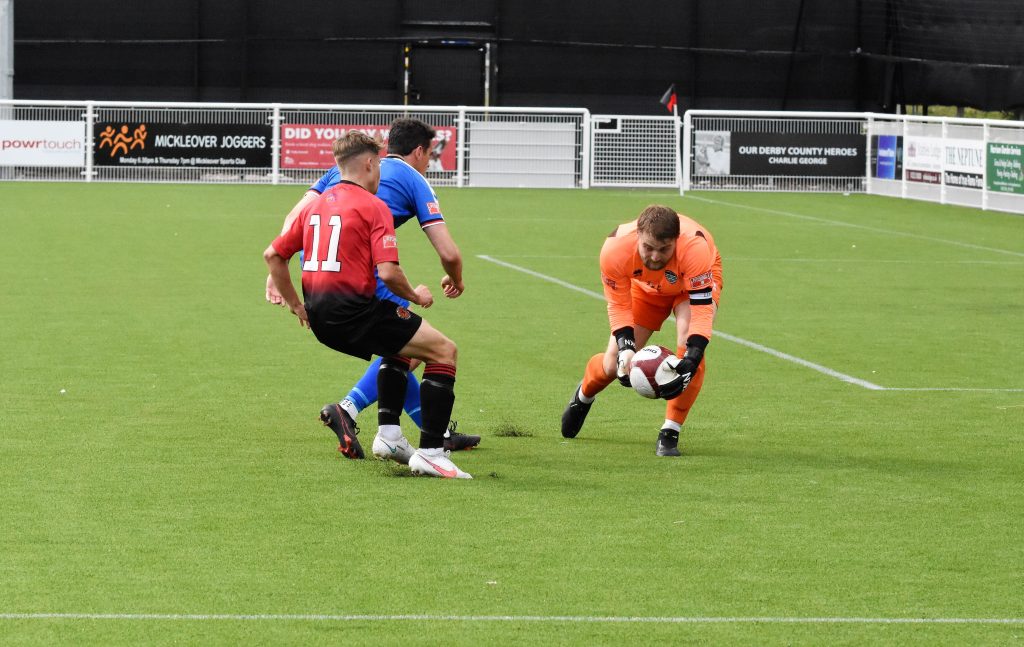 Following their first away point at Grantham on Tuesday, there was disappointment at Mickleover FC, suffering their first home defeat of the season against Whitby Town.

Not for the first time this season Sports made a magnificent start, when Andy Dales volleyed over Whitby keeper Shane Bland to make it 1-0 in the opening minute. 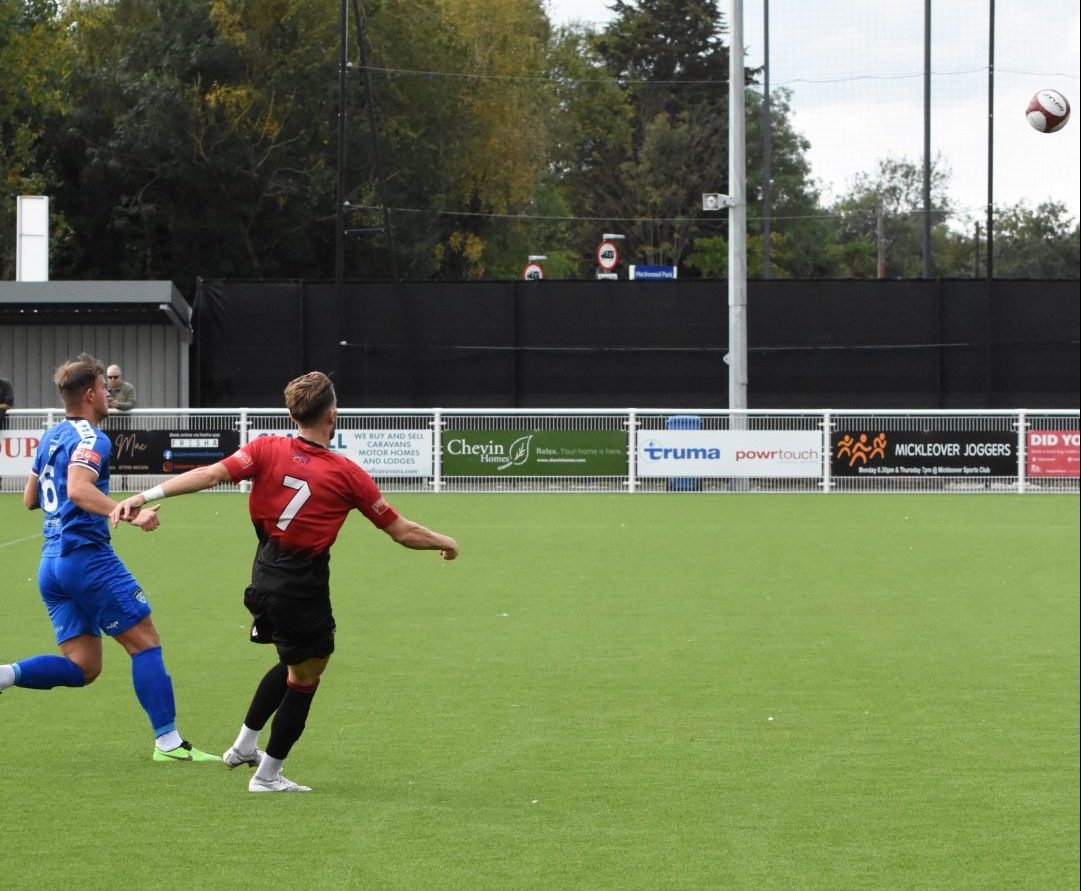 Eight minutes later it could so easily have been two, when Priestley Griffiths’ failed clearance almost fell for Bacon, before the midfielder recovered.

The visitors first chance came when Jameel Ible shot wide from long range after 10 minutes, but Butler and Watt both were dealing comfortably with the long balls pumped in by the visitors, with commanding headers.

Dales had a shot wide after 20 minutes, but a few minutes later Mickleover were forced to make a substitution when Watt went down injured.

Lee came on and Bateman moved into the centre back position.

Just before the first half hour was up Beavon shot wide from a Morris cross, but with 10 minutes left before half time, the referee was busy with his notebook. Ible had brought Dales down heavily, but as Butler and Whitby’s Lewis Ritson joined in, all three were yellow carded.

Beavon had another half chance after 36 mins, but Bland easily held his shot, while Josh MacDonald had a shot from outside the box for the visitors, again just wide.

Jassen Sukar was next in the book for a foul on Battisson, but Agustien’s kick was deflected out for a corner, which came to nought.

The second half kicked off again with Mickleover quickly into attack. Bacon fired a shot over the bar from long range and Battisson followed suit two minutes later.

Hawkins was then called into action with a great save from Jonathan Burn, as the ball looked to be heading for the top corner.

Sub Gowing then hit a shot on target on the hour but was blocked, before Jacob Hazel missed an easy chance to equalise, right in front of goal.

Dales was proving quick on the break again and he found Lee in space. The Bermudan International managed to get his shot in from the edge of the box, but just wide of the mark.

Hazel made up for his earlier miss when after 68 mins he flicked the ball onto Marcus Giles who made it 1-1 with a shot just out of Hawkins reach.

Whitby were on the attack again and looking for the winner, so the Sports defence came under continuous pressure.

72 minutes and Hazel made it 2-1, his close range effort beating Hawkins from a tight angle.

Satchwell then came on for Battisson, but it was Whitby on the charge still, with a MacDonald cross into the box, finding the head of an unmarked Hazel, putting it just wide.

Whitby’s Burn and Griffiths went in the book too, before Wright made his first appearance since his knee operation, coming on for Gowing.

Six minutes from time Beavon shot just over from outside the area and then Wright smashed it against the cross bar from well out  in the final minute, so close to taking a point.

Mickleover will be hoping to return to winning ways on Tuesday at 7.45, when they face Nantwich Town at home, fresh from their 3-1 defeat at Radcliffe last Saturday, leaving them two places behind us in the table in 14th.