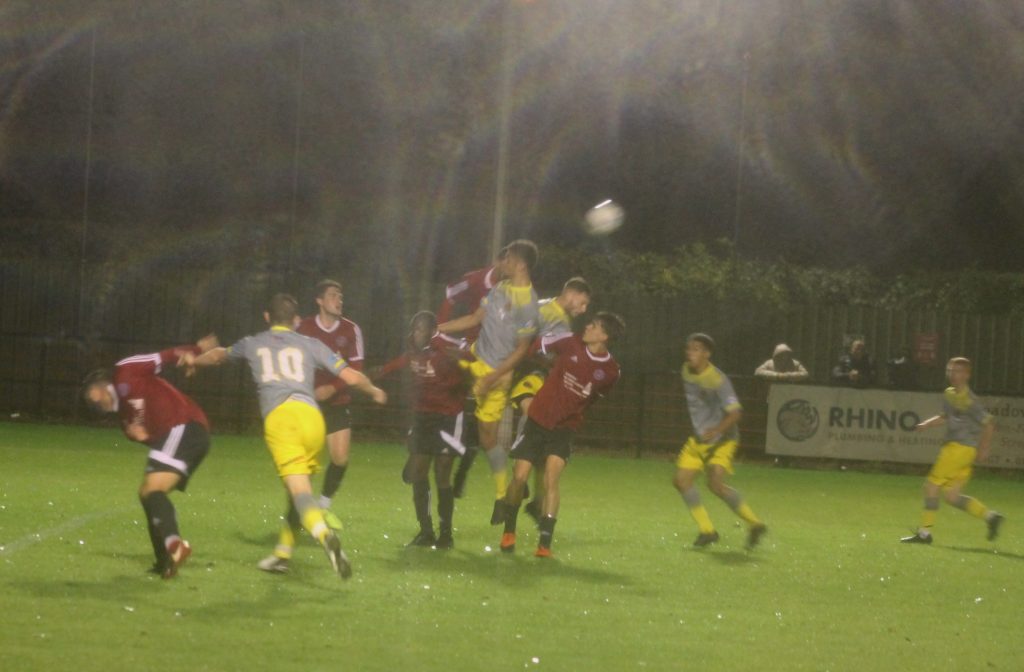 There were a few changes from last weekends 1-0 win against Tamworth, but it was still fairly strong line-up.

It was Mickleover that mounted the early attacks, with George Milner looking particularly sharp. But it was Dunkirk that had the first real shot, over the bar after four minutes.

Dunkirk started to come forward more and had the first corner a couple of minutes later, which went straight out of play.

Bennett responded with a positive run into the Dunkirk area, one of many he had during the first half.

Dunkirk had another chance when they put a free kick over the bar, before Milner put Bennett through for Mickleover on the 10 minute mark , but after a promising the pass to Beavon, the striker was tripped in the area.

There was no penalty and Beavon needed treatment before continuing.

McGrath was leading the way in midfield and followed up with a shot over the bar, while a good turn from Verma five minutes later was given as offside as he put a piercing ball through the Dunkirk defence.

As the Mickleover interpassing started to pay dividends, Milner had another good run, before Bennett had a good shot blocked. The ball then bounced around the Dunkirk area, before being cleared.

The attacks started to increase and 24 minutes in Bennett was fouled three times in one run, before Milner went close, but no free kick in the offing.

Wright then went close too after a short free kick, he fired just over the bar.

Dunkirk started to come back into the game more in the last 15 minutes of the first half and put one shot across the face of the Mickleover goal.

Verma had a crack from just outside the area for Sports and was just wide, before Butler put Beavon through, passing to Milner who shot just wide.

Mickleover had their chances and for most of the game Butler, Mills and Murray had held tight to repel Dunkirk’s attacks.

But on 35 minutes a defensive mix up left a Dunkirk striker in space and he took the chance to make it 1-0.

Five minutes later Dunkirk went close again, before a penalty was awarded with about two minutes left on the clock.

Slinn almost got a hand to the slippery ball, but it was 2-0 to Dunkirk and a disappointing end to the first half.

There was no sign of either the wind or rain relenting in the second half, but in the opening minutes there were two more goals. Dunkirk had gone 3-0 up before Bennett had a shot which went under the keeper to pull one back.

But the previously strong looking defensive were caught flat footed again only minutes later and it 4-1 to Dunkirk.

A number of the substitutes came in to play, but it was Beavon posing the main threat to the Dunkirk defence. He had a couple of shots saved, before dispossessing a defender and putting his shot straight at the keeper after 17 minutes.

Verma had another positive run before he was fouled on the edge of the box, but the free kick went straight into the wall, before Mills rebound shot was blocked.

Butler then went just wide with a header from a corner kick, before Dunkirk made it 5-1 with a powerful shot that gave Slinn no chance.

The tenacity of the Dunkirk seemed to upset the Mickleover rhythm, often catching them out on breaks. Dunkirk’s random shooting also caused a few problems, compared with the more gradual build up that Sports favoured.

There were chances but on this occasion it just wasn’t Sports night and they he will be hoping for better luck and weather at Coalville Town on Friday evening.