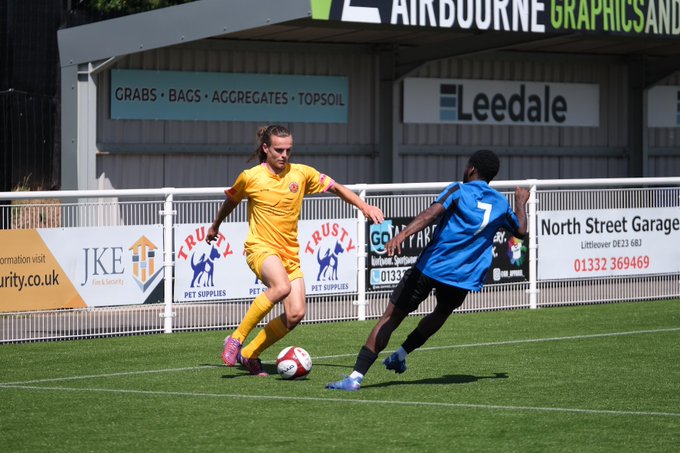 It was mainly a reserve side for Mickleover as Long Eaton were the visitors to the Don Amott Arena.

Mickleover keeper Fin Bowen was soon in action and had to make a double save after only three minutes to deny Jamie Walker and Alex Marshall, before Rod Orlando-Young smashed a shot against the underside of the bar.

Alex Marshall had another shot in the ninth minute just wide of the post, before Tom Marshall won the ball in the Mickleover box, but his header was off target.

Bowen then made a save from Sam Parker at his near post after 17 minutes, but the home defence held out however until the 28th minute, when Orlando-Young picked up a loose ball and was fouled in the area by Bowen.

Walker scored from the spot 0-1, but it continued to be end to end play with the first half ending with three goals in the final five minutes.

Elliott Reeves scored the equaliser after 40 minutes and a minute later scored his second give Mickleover a 2-1 lead.

But Walker managed to break through the last line of defence and slot the ball past Bowen with the last kick of the half, sending the teams into the break 2-2.

One of the visitors trialists restored their lead after 50 minutes, before Kam Campbell made it 2-4 in the 64th minute, but only strong performance from one of the Long Eaton centre backs denied Mickleover a further strike, after some determined play from Kai Moore.

Long Eaton finally made it 2-5 after 88 minutes, when another trialist found the back of the net.