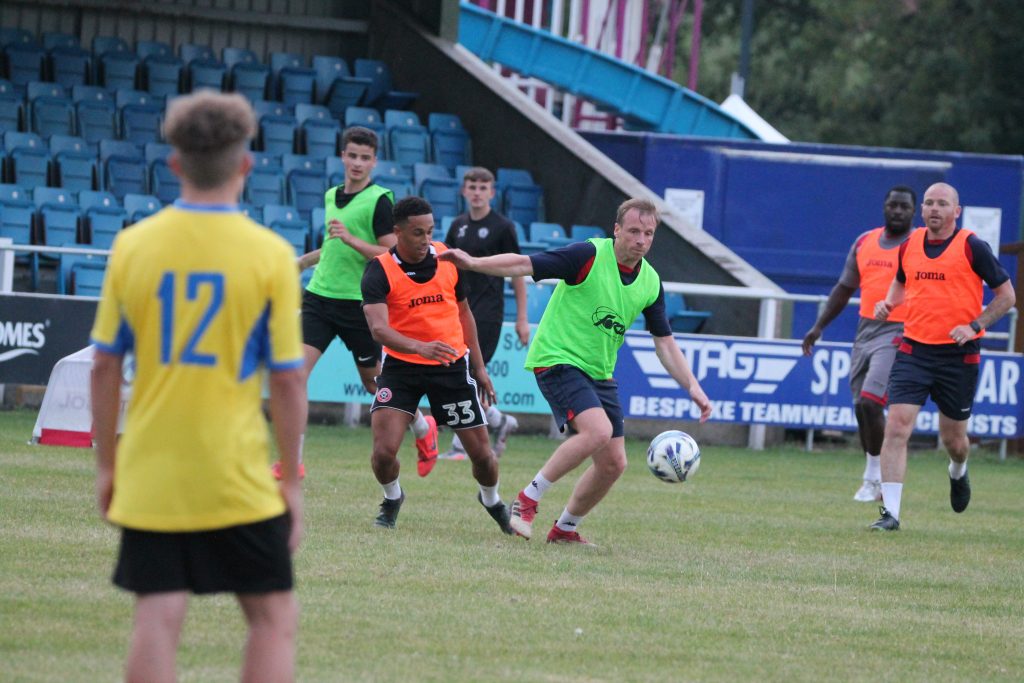 Mickleover FC boss John McGrath and his assistant Ricky Ravenhill had the majority of the first team squad in training last night.

It was a mixture of returning players, new signings and academy graduates being put through their paces.

Striker Paddy Webb is looking forward to the start of the season, after scoring in the 3-1 friendly win against Borrowash Victoria last Saturday.

I can’t wait to get started, as it was frustrating for me how last season ended with so many games called off

So as a striker, is Paddy setting himself a target this season?

20 goals would be good for a start

he said before Andy Wright responded,

You’re the out and out striker and I am looking for 20 myself!

After which Paddy changed his thought to 40,

…I didn’t want to sound too confident.

The team have the next in their string of friendly matches on Saturday, when they play East Midlands Counties League Clipstone, who suffered a 6-1 home defeat against AFC Mansfield last weekend.