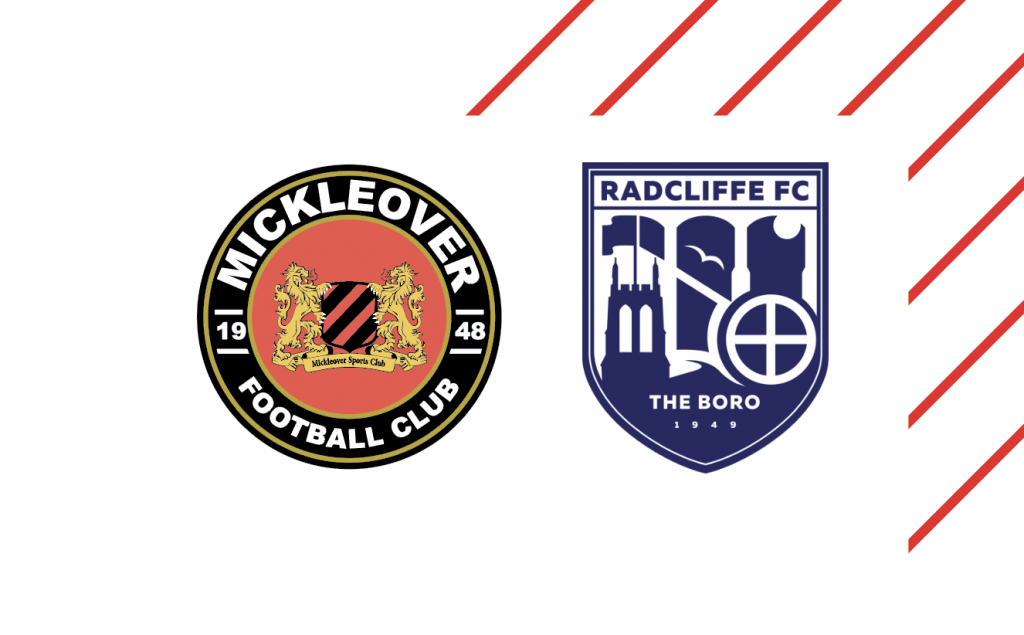 Just when we thought there was to be no football until after Christmas, further changes in the Covid regulations now mean we are hosting Radcliffe FC at the Don Amott Arena on Saturday.

This will be Sports first league match since the thrilling 4-0 away win at Nantwich that took them to the top of the NPL.

Radcliffe, from Greater Manchester currently lie 15th in the NPL, with three wins and a draw from their eight games.

Of their five home games they have won against Gainsborough and Bamber Bridge, but their biggest scalp so far has been beating South Shields away in early October.

They are managed by ex Welsh under 21 midfielder Lee Fowler, who played league football with Coventry City and Huddersfield, as well as serving locally with Burton Albion and managing Ilkeston Town.

Fowler’s assistant is the former Liverpool and England under 21 midfielder David Thompson, who played over 230 league games in his career.

Experienced goalkeeper Cameron Belford started his career at Coventry City, before a spell at Bury followed a number of loans. He lists Wrexham and Stranraer among his former clubs and came to Radcliffe from FC United at the beginning of this season.

Belford’s deputy is academy graduate Joey Oldham, who is yet to make his first team debut.

Central defender Jo Cummings is another new signing. The former Sheffield United junior, made one first team appearance for Charlton in the EFL Cup before joining Scunthorpe.  He was loaned to Radcliffe last season, but made his move permanent in June.

Full back Raheem Hanley is well travelled. After junior football with Manchester United, Blackburn and Swansea, he joined Northampton and Halifax. In March last year he joined Welsh Club Connahs Quay and has since been at Chorley, Hereford and Mossley, before arriving at Radcliffe in January.

Similarly to Hanley, fellow full back Tom Miller has seen the football world, from League two to Scottish Division Two to the League of Ireland. He was a junior at Ipswich, Norwich and Glasgow Rangers, and during the last spell was loaned to Brechin City. He then played for Dundalk, Newport County, Lincoln City, Carlisle and Bury, before coming to Radcliffe in October from Fylde.

Luis Morrison was born in Derbyshire, but the former Arsenal and Stevenage junior has travelled far and wide too. He has played in Sweden and Finland, as well as Maidenhead, Grays, Hereford, Canvey Island, Farnborough, Concorde Rangers, Altrincham and Alfreton, before playing at Nuneaton Borough last season. The central defender was a summer signing for Radcliffe and also appeared on the first series of Love Island.

Former England under 19 and C International Curtis Obeng is another new signing. He played in the FA Youth Cup Final for Manchester City, but after his release he spent three years at Wrexham. Having signed for Swansea in 2009, the full back was loaned to various clubs, before joining Macclesfield, and moving on via Altrincham, Solihull Moors and Nuneaton Borough.

Although British born central defender Jack Shiels has played most of his football in the US. He came to Radcliffe in July from Furman Paladins, a US University team, having also played for Greenville and University of West Alabama.

Defender Oliver Thornley has recently arrived from Curzon Ashton, where he had been a product of the clubs youth scheme.

Attacking midfielder Larnell Cole played for England under 19’s and 20’s during his spell with Manchester United Academy. He moved to Fulham in 2014 and made his Premiership debut, before being loaned to MK Dons, Shrewsbury Town and Inverness Caledonian Thistle. He then came to Radcliffe recently after spells at Tranmere and FC United.

Matty Crothers is the team captain and longest serving player. The central midfielder is another ex Curzon Ashton player.

Another wide midfielder or winger Rhain Hellewell has spent most of his career in the North West. From Stockport Town and Chester, he has also played for Widnes, before joining FC United last year and then Radcliffe pre-season.

Simon Lenighan is an experienced midfielder who came from Buxton during the summer. The former Leeds United junior had numerous loans before being released in 2014, and has since played for Harrogate, Alfreton, Frickley, Rotherham, Warrington and many more, before spending last season at Buxton.

Irish midfielder Darren McKnight started his career as a Barnsley Junior. After a spell at Shrewsbury, he joined Morecambe in 2016, before moving on to Stalybridge, Bamber Bridge, Hyde, New Mills and then Radcliffe in January this year.

Luca Navarro is another midfielder. He started off at Bolton Wanderers, before spells with Hull City and Bamber Bridge. He was at Buxton before joining Radcliffe.

Another summer signing is Welsh midfielder Jonathan Royle. During his early career at Wrexham, he was loaned to Colwyn and Hednesford, before joining Southport in 2016. A further loan at Telford became permanent, but after three years in Shropshire he headed for Radcliffe.

Louis White came from Hyde in February, but the former Rochdale junior midfielder hasn’t appeared yet this season.

Striker Jean Louis Akpa-Apro started playing for his home team of Toulouse, before moving to Stade Brest and FC Brussel in Belgium. He came to England with Grimsby Town in 2008, moving on to Rochdale, Tranmere, Bury, Shrewsbury, Barnet and Yeovil. Then went to the UAE with Masfout in 2019. He came back to the UK with Oldham, before arriving at Radcliffe in March, he has already scored six goals this season.

Bermudan striker Kole Hall has also found the net four times this season. He played his youth football in Bermuda, before joining Tranmere Rovers and was signed pre-season.

Khius Metz is an Irish striker, signed in July after a spell in Burnley’s Academy. After a loan at Chorley he was released from Turf Moor and has spent the last two seasons at Irlam.

Former Liverpool Junior striker Andy Owens has joined from Welsh league side Airbus. He has scored four goals so far too and played with Stoke City and Stafford Rangers following his release. He has moved around the North West mainly, with Rhyl, Accrington, Mansfield, Southport, Telford, Barrow, Stockport, Marine, Stalybridge, Skelmersdale, Altrincham and Connah’s Quay. He also made two England C appearances in 2012.

Kick-off is at 7.45 with no away fans allowed. The crowd number is restricted to 300, so its first come first served. The clubhouse has to remain closed, but beer is available in the fanzone.