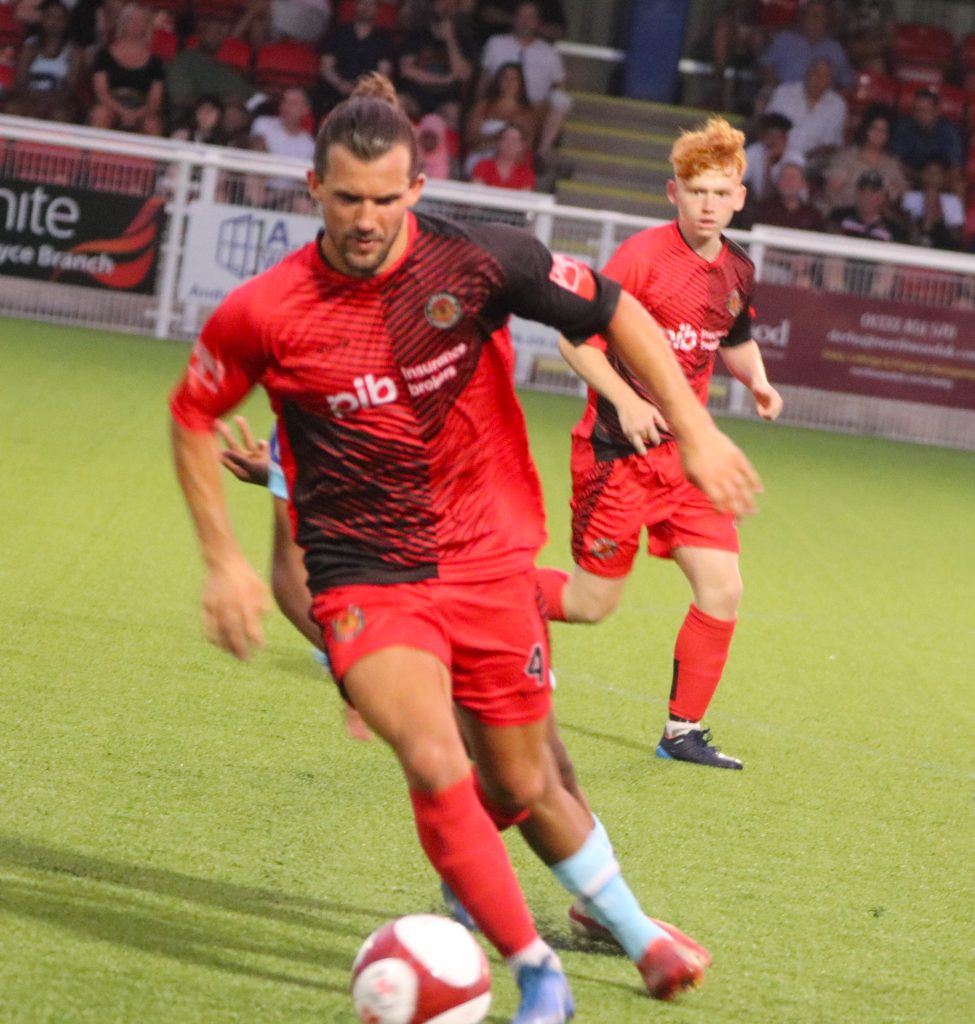 Full back Ryan Wilson is the latest addition to the Mickleover FC squad for the forthcoming season, the full back having spent the past few seasons with Sports rivals in the NPL Basford Utd, who are also making the move to the Southern Premier League Central this term.

He has played for a number of Midlands based clubs in his career, so what attracted him to Mickleover?

“It was the gaffer John McGrath that persuaded me to come, because they play football here the way I like to play, so I knew I would fit in OK,” he explained.