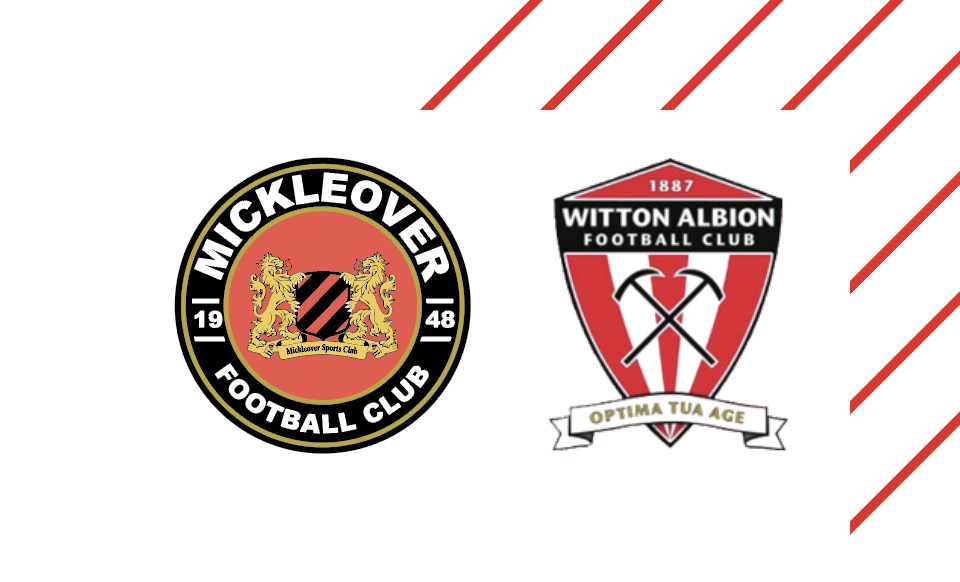 Tuesday night’s visitors to the Don Amott Arena are Witton Albion. Like Sports, they started their Northern Premier League campaign with a defeat 2-0 at home to Whitby Town.

There was further disappointment when they were knocked out of the FA Cup too, going down 3-2 to Whitey Bay.

But they more than made up for it last Saturday, winning 4-1 at Radcliffe, with Scott Bakkor scoring a hattrick.

Manager Carl Macauley is a former player and has been in charge since October 2015. He has also worked with Liverpool Academy amongst his other managerial jobs.

Assistant manager Gary Martindale is an ex Bolton Wanderers player, having also played at Peterborough, Notts County, Mansfield and Rotherham before going non-league and joining Macauley at Witton in 2015 too.

Goalkeeper Chris Renshaw was an Oldham Athletic Youth player from the age of 11, before being snapped up by Everton. He came to Witton in July last year, following his release by the Toffees.

Raj Gill also started his goalkeeping career with a league club. After learning his trade with Leicester City, he played for a number of Midlands clubs, including Tamworth, Bedworth, Rugby, Cirencester, Redditch, Kettering and Stourbridge.

Left back Isaac Baldwin came from Farsley Celtic in October last year, he played junior football at Blackburn, Leeds and Huddersfield, before moving on to Halifax, Ossett and Spennymoor. He also played for England Schools at under 16 and 18 levels.

Vastly experienced centre back Steve McNulty made his Witton debut in the defeat against Whitby. He was a Liverpool Youth player from the age of eight and played league football for Luton, Fleetwood and Tranmere. Last season he was at York City.

Josh Wardle is the captain, a centre back in his third season at the club after signing from Skelmersdale Utd. He also played for Lancaster City and Kendal Town and captained the John Moores Liverpool University side.

Right back Jack Byrne is in his second season with the club after coming in from AFC Fylde, while Nick Ryan is in his third year. The versatile defender was previously at Stalybridge, but came back from serious leg injuries last season, with a loan spell out at Runcorn.

Scott Bakkor wasn’t only a hattrick hero last weekend, he once hit a hattrick in nine minutes. He was at Witton 2013/14 and has been at Skelmersdale, Stalybridge and Clitheroe, before a spell at Colwyn Bay. More recently he has played for Warrington, Ashton and Marine.

James Foley was brought in back in 2017 from Marine. Macclesfield had originally signed him from AFC Liverpool, but he has also had spells with Cammell Laird and Buckley Town.

One of Witton’s own Youth products is Will Booth, the attacking midfielder left for Kidsgrove Athletic and came back via Colwyn Bay. He is another player to miss most of last season through a leg injury, but went on loan to Congleton to regain his fitness.

Another new signing is Leon Johnson, he has come North from his origins at Croydon FC Kinetic.

Right side midfielder Danny McKenna came out of Bolton Wanderers Academy, joining Runcorn following his release. He’s been at Witton for three years.

Cesaire Lingouba is also in his third year at the club, joining from Stalybridge, he has been at Droylsden, Morecambe and Northwich too.

Another returnee is Tom Owens, having originally signed from Marine in 2016. The ex Wigan, Rochdale, Tranmere and York midfielder then tried his luck with Australian side Brunswick City, but returned to Witton in September 2017.

After a number of spells at Marine, Billy Smart came to Witton in 2018, he has also been at Warrington, Burscough and Bootle.

New signing Steve Tames leads the strike force. He was at Ashton last season and has been at Prescot Cables, Southport, Hyde and Warrington among others, but played in the Europa League during his time at Bala Town.

Will Jones has scored 37 goals in his 144 games since coming to Witton in February 2017. He’s had three spells at Burscough, as well as playing for Marine, Warrington, Nantwich and AFC Liverpool. He also played for Colwyn Bay.

Former Rochdale Junior James Hooper is a more recent signing. He played in the league for Rochdale and Carlisle and had spells at FC United, Salford City, Radcliffe and Altrincham.

Rob Hopley is another long serving striker on his way back from injury. The former Macclesfield Youth player had eight years at Colwyn Bay, as well as playing at Winsford, Leek and Chester, before joining Witton in November 2015. He has scored 84 goals in his 175 games.

Kick-off is at 7.45pm as usual and so Sports need all the support they can muster as they strive to earn their first points of the Northern Premier League season.