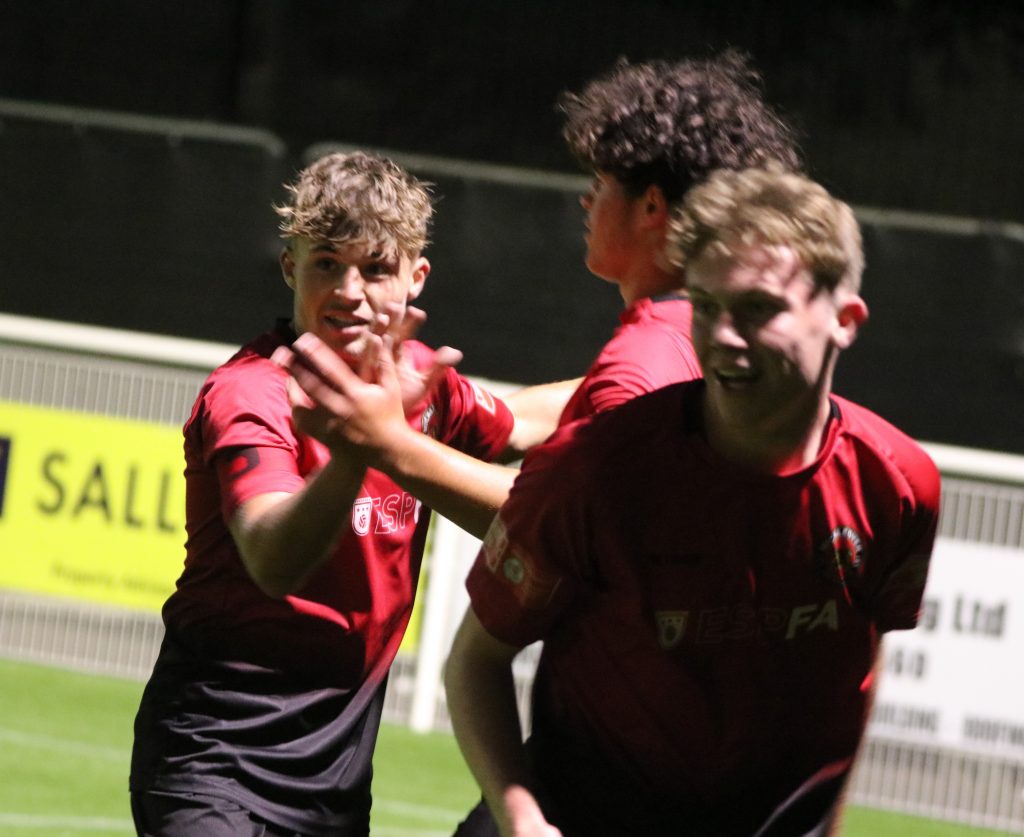 Mickleover’s budding stars march on into the second qualifying of the FA Youth Cup, with a massive 10-1 win over Quorn. 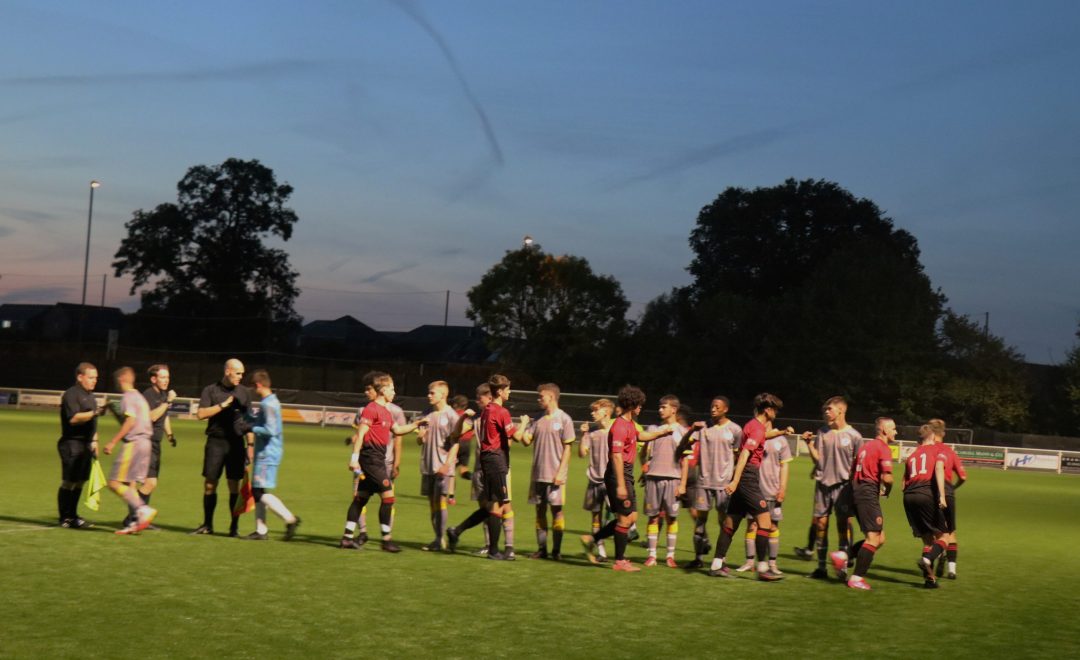 In the opening seconds Mickleover had two half chances, ending with Battisson’s attempt being blocked by the Quorn keeper.

Two minutes later a cross from the left was turned into the middle by Moore, almost putting Brown in the clear.

Robertson then had the first of many overlapping runs down the right. His cross went across the face of the goal, just out of Moore’s reach.

Quorn were having difficulty breaking out of their own half and an interception by Battisson sent him on a long run. His shot was saved, before Brown’s rebound was blocked. 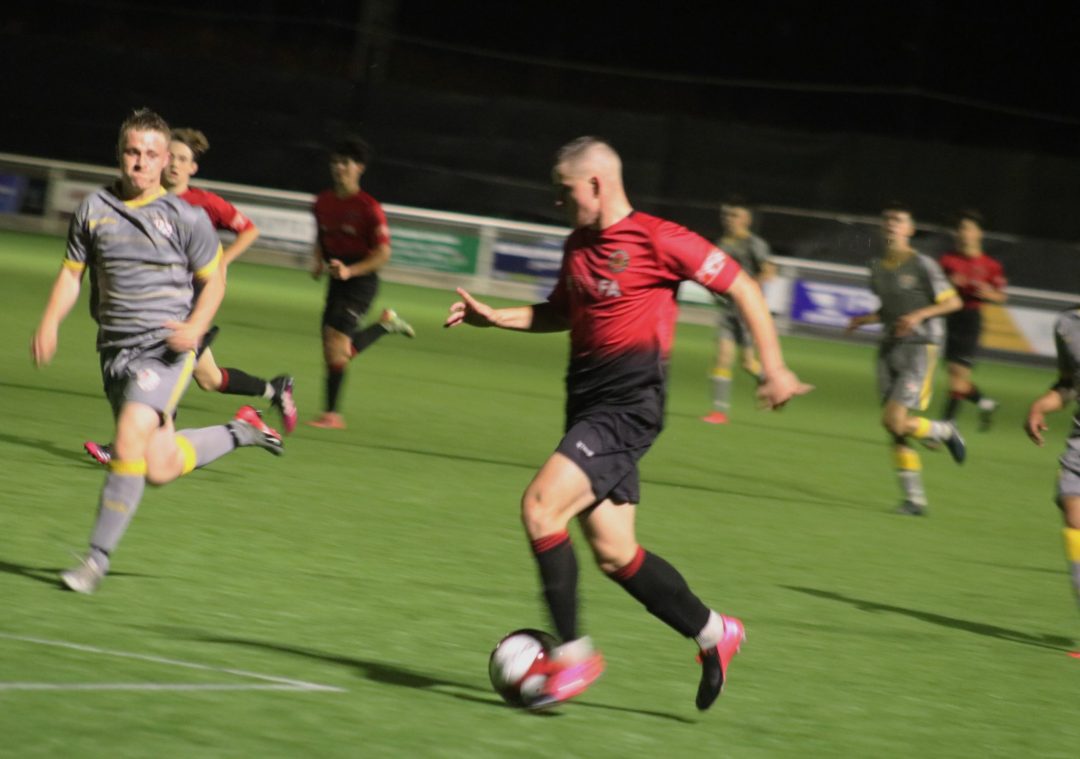 The pressure on Quorn’s defence was becoming relentless and after eight minutes Battisson had another shot saved by the keeper’s feet.

Only a minute later another through ball from Battisson found Moore in space, placing safely into the bottom corner 1-0 after nine minutes.

Almost from the kick off Barker tried his luck from a wide angle and only just missed. Moore had another header just wide from a Robertson cross and after 14 minutes Barker made an in swinging cross which bounced off the bar, with the visitor’s keeper well beaten.

Robertson was continuing to cause havoc on the right and his 15th minute cross led to goal number two and a second for Moore 2-0.

The roles were reversed a minute later when Moore found Robertson, but this time his cross was blocked.

Quorn were awarded a penalty after 17 minutes when Bowen had to come racing off his line and fouled the advancing striker. 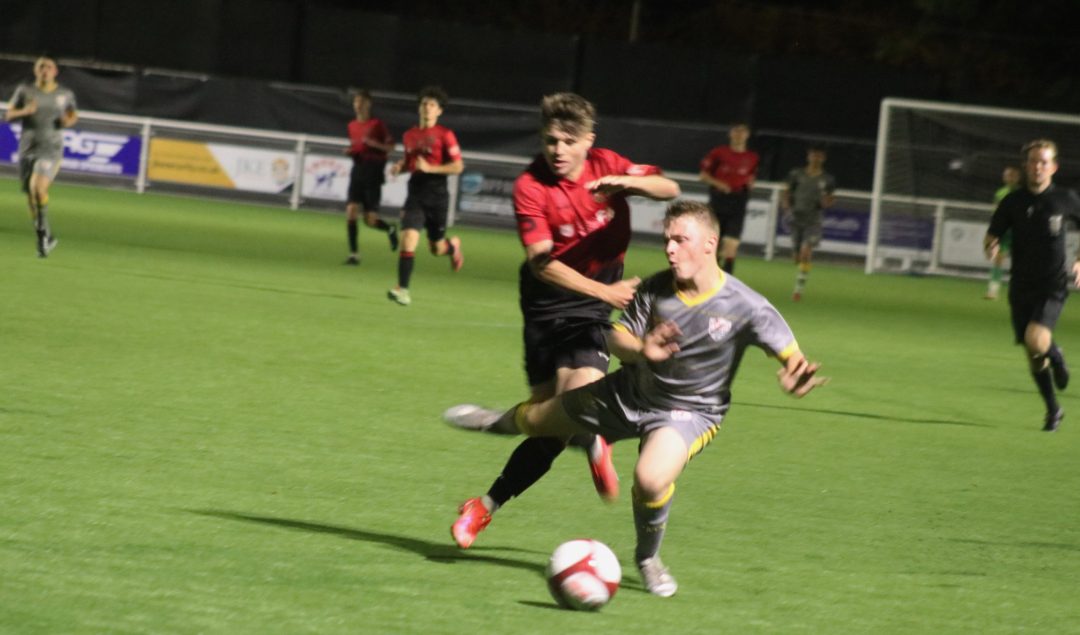 The initial penalty was well saved by Bowen but the rebound was successful for the visitors 2-1.

Murphy was next on the attack, sending Edge-Lucas on a run, but the keeper came to Quorn’s rescue.

It was the breakdown of a rare Quorn attack that gave Barker a break in his own half. His full flight charge with a clear run on goal was thwarted by a crude tackle, it earned a yellow card after the initial advantage came to nought, but could easily have merited straight red.

Moore and Barker had some good interplay, which ended with Barker shooting well over, but after 32 minutes Mickleover were forced to make a change as Brown limped off to be replaced by Tucker.

Having only been on the field a couple of minutes Tucker made it 3-1, sliding in to collect deep cross.

Three minutes later and it was 4-1 with a Robertson solo effort from the right, beating the keeper on his near post.

There was a half chance for the visitors after 39 minutes but Mann and Horleston continued to be relatively untroubled in the heart of the home defence. 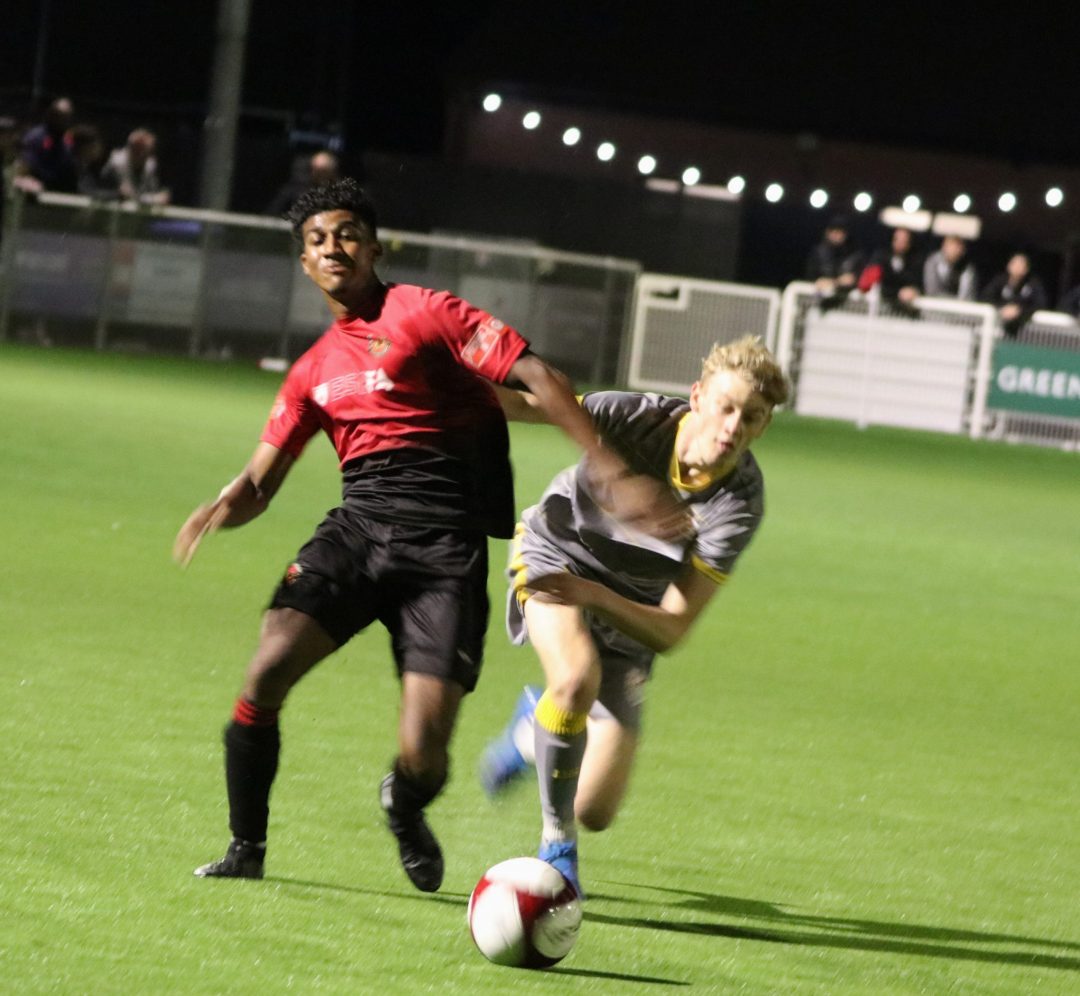 It could have been a fifth goal as half time approached, as a long kick from Bowen cleared the defence that froze assuming offside. Barker collected but was thwarted again by the keepers feet.

The second half began as the first had ended with Battisson firing a shot at the keeper in the first five minutes, before the ball went loose and Murphy had a shot blocked.

52 minutes and Barker’s pace sent him through again, but he fired his shot just wide.

We didn’t have to wait long for another goal though, when Battisson broke, waltzed passed the visitors keeper and slotted home 5-1 after 54 minutes.

Battisson whipped passed another defender only a minute later, but his shot was taken by the keeper, before Moore fired in a cross which just missed connecting with Tucker.

59 minutes and it was 6-1, this time Edge-Lucas got clear on a run, and took it around the hapless keeper with ease. Battisson then had another shot a minute later, as the Quorn defence floundered in their own half.

Murphy and Atwal were playing some long balls out of midfield, and after 65 minutes Murphy found Barker, but on this occasion he was intercepted.

A brief break out from Quorn resulted in a good cross which was blocked and left Robertson unchallenged on the right, making another successful solo run to make it 7-1 after 68 minutes.

Only two more minutes and it was 8-1 when Moore fired in to complete his hattrick, after Battisson’s initial shot was blocked.

But Quorn kept their heads up and continued to try and play their own game, which forced Bowen out of the Mickleover goal to save at the striker’s feet.

Barker had been limping for a while, but the dilemma was that the only other sub was reserve keeper Tom Bell, who then came on as a striker.

Battisson then made it 9-1 after 78 minutes, but Bowen was then forced into another from a Quorn break.

Mann headed just wide from a short corner in the last five minutes, but there was still time for another goal, with Battisson making 10-1 and completing his hattrick too.

Mickleover are due to play the next round w/c September 27th, but have to wait for the outcome of two matches to know their opponents. West Bridgford have to play Boston Utd, after their original tie was abandoned after the tragic death of one of West Bridgford’s players. The winner of that tie play Dunkirk, who had a walkover in the preliminary round, and then Sports visit the eventual winners.