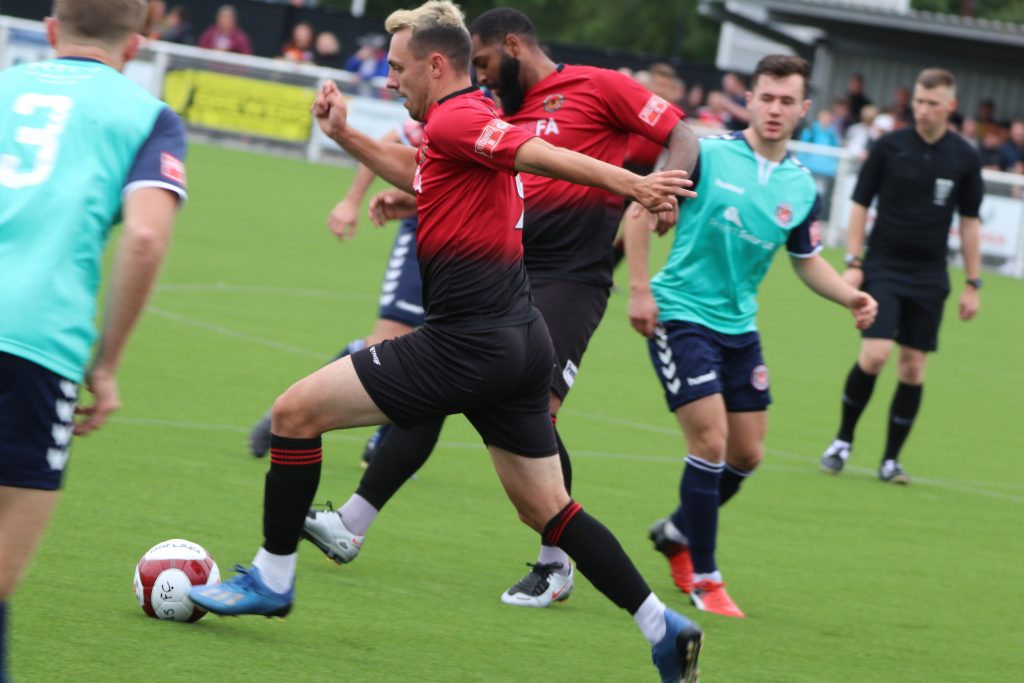 Mickleover returned to winning ways at the Don Amott Arena with a 3-2 over Hyde United.

Mickleover were first on the attack with a Dales and Beavon build up and a final shot from Bacon just past the post.

Five minutes later Bateman supplied a nice long through ball,  just too long, before Dales had the first of many runs to find Arlott-John, with Beavon shooting just over from long range.

Hyde were pushing forward too and James Kingsley had a shot comfortably taken by Hawkins after 15 minutes.

But two minutes later Hyde burst down their right wing,  with both Morris and Agustien failing to stop Harry Benns. Liam Hardy was clear and he fired the visitors in a 0-1 lead.

Mickleover came straight back and Arlott-John crossed from the right, leaving Bacon with almost half a chance, as his 20th minute effort was blocked.

Another Arlott-John run earned a free-kick three minutes later, but after an initial goal mouth scramble from Agustien’s kick, Beavon’s attack was foiled by Tongue and the ball was cleared.

Dales had a shot blocked from just outside the box after 27 minutes, before a break from Hyde forced Hawkins into another save.

It was almost 0-2 after 31 minutes when Butler cleared off the line with Hawkins under pressure, but Arlott-John was again causing problems for the Hyde defence. 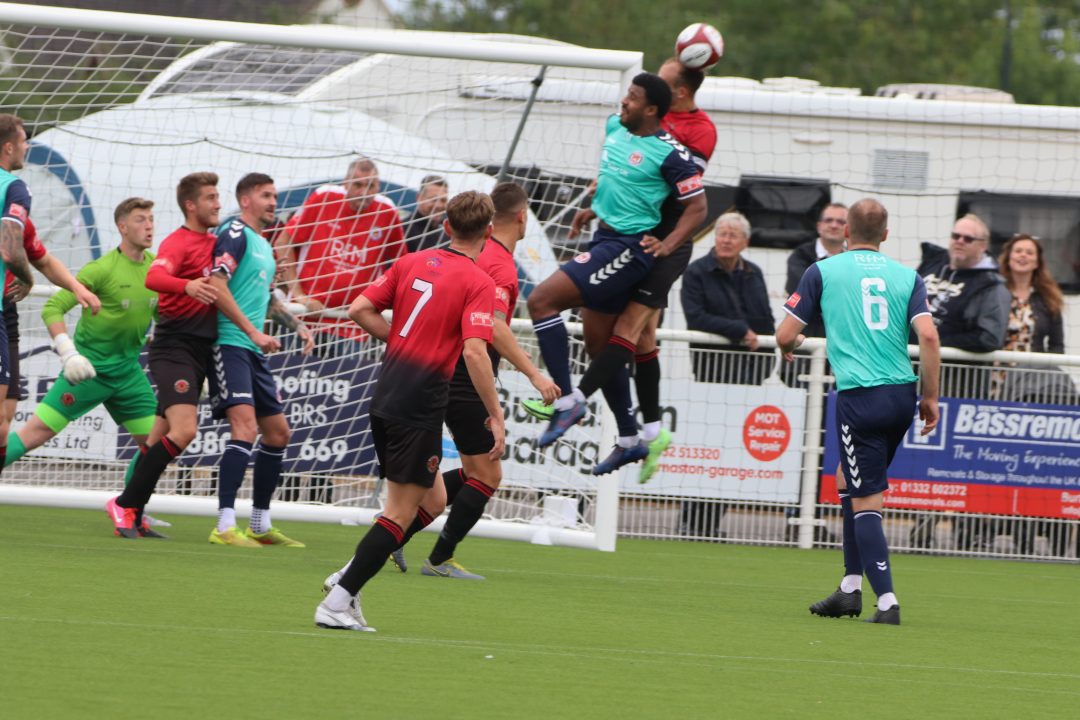 After 34 minutes he got the ball into the box but no one collected and only a minute later he found Bennett in the box, just wide to the right for shooting, but his effort was blocked by Hyde skipper Tom Pratt and out for a corner.

As in previous games Bateman was looking strong both in and running out of defensive midfield. His piercing 37th minute through ball split the Hyde defence wide open. With Bacon on the receiving end it was 1-1, despite Hyde keeper Joe Green getting one hand to it.

Only two minutes later it was 2-1, after another Bateman, Arlott-John and Dales build up, finding Bennett clear in front of goal, placing his shot nicely wide of Green.

Pratt then saw an opening for Hyde and fired his effort high and wide, before a Bateman block handed Hyde a corner, which was easily cleared by Agustien.

Hawkins had another save to make before the half time whistle, before Arlott-John had his effort at the other end blocked.

So into half time with a 2-1 lead, and having taken charge after that early goal for the visitors.

Within the first minute of the second half Agustien let loose with a pile driver from just outside the area. It was wide, but very powerful.

Hyde were straight to the other end with a shot wide from Tongue too, as they continued to push forward again.

A  token effort from the visitors, was followed by a weak header, straight into Hawkins’ hands. 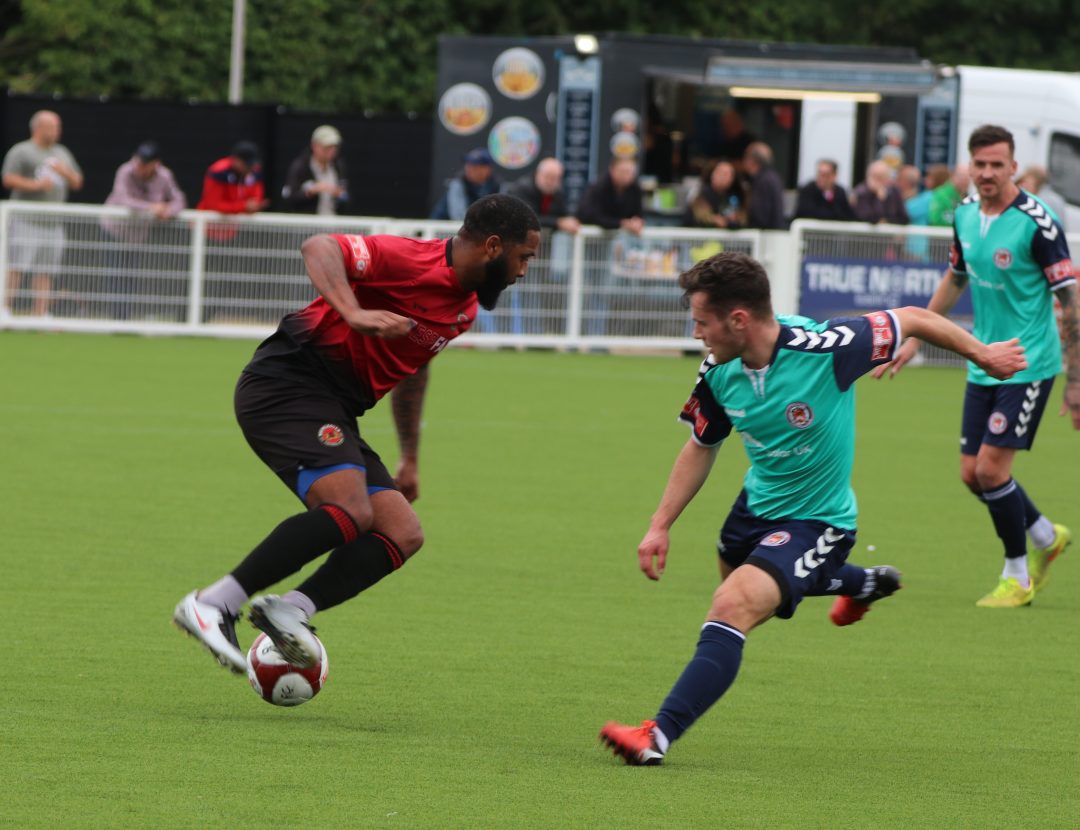 54 minutes gone and a lovely weighted cross from the left found Dales right in front of goal and he comfortably made it 3-1!

Dales came off straight after scoring, having taken a knock on his left ankle, with Bobby Battisson replacing.

The continuing push from Mickleover made the Hyde defence look rather fragile at times. Bennett found Battisson whose shot was just wide.

Just after Battisson had another try on goal, Hyde were awarded a penalty when Butler pushed Hardy in the back on the hour.

Hardy stepped up to take the kick and it was 3-2 with Hawkins guessing the wrong way.

The lead was almost restored within a couple of minutes but defender Roscoe came to the rescue, with a last ditch tackle on the pacey Arlott-John, earning another corner.

The Mickleover attacks continued to flow with Battisson finding Arlott-John, whose centred for Bacon, but the striker hadn’t got room to turn.

Beavon then ran through the middle and fired his shot just wide of the left hand post after 65 minutes. A minute later he collected a long ball and attempted to find Bacon, but the initial pass was just too long, but Bacon still collected, though his shot suffered as a consequence.

Watt and Butler had been their usual solid looking duo at the back for Mickleover, but after Watt took a knock, Lee came on and Bateman dropped into the back line.

There were still more attacks to come from Mickleover, despite Hyde looking for an equaliser. 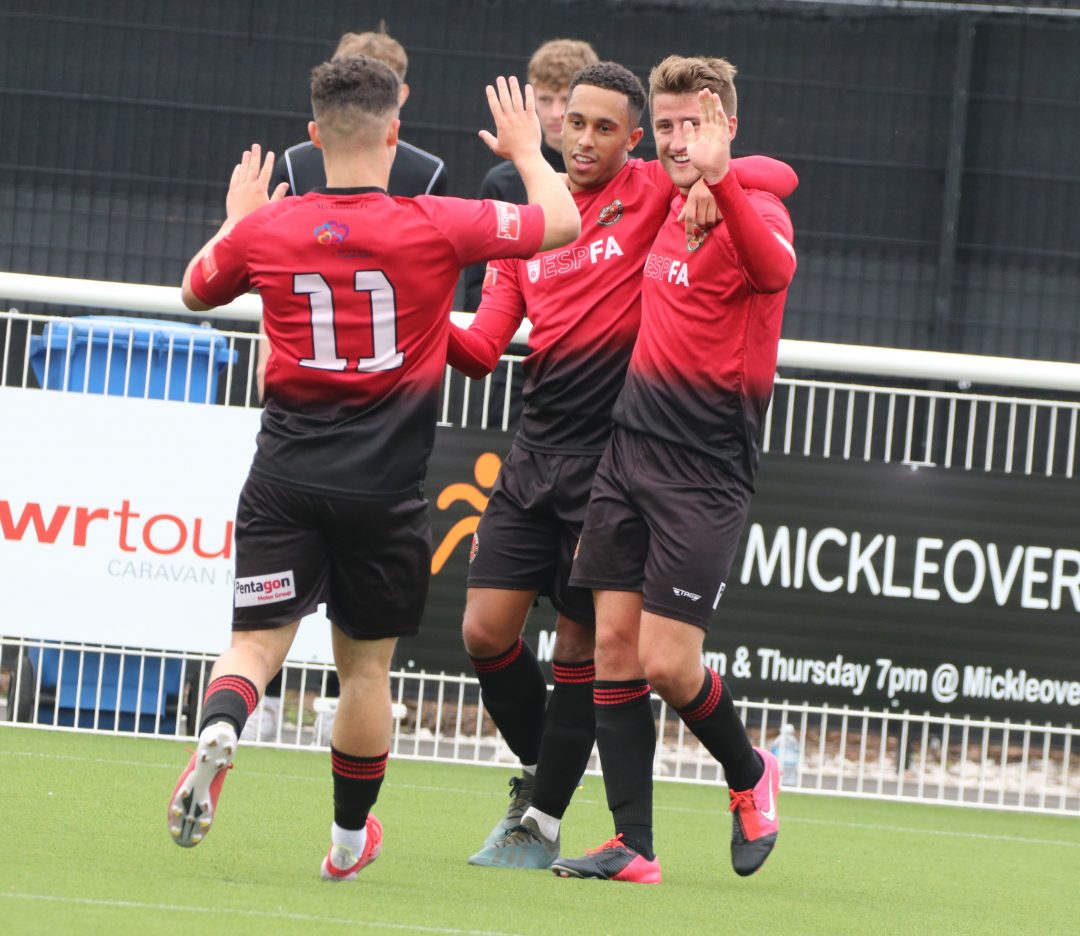 74 minutes and Arlott-John battled his way through again despite having been on the ground in mid run, but Beavon’s run was intercepted by keeper Green.

It was end to end and Bacon tried his luck from outside the box, with an effort high over the bar, while two minutes later Pratt’s attempt for Hyde was safely collected by Hawkins.

Satchwell came on for the last few minutes replacing Arlott-John and was almost through on goal after a timely interception from Agustien sent him on a long run.

In almost the final kick of the game there was one final chance for Mickleover, when Battisson was barely inches away from intercepting a back pass from keeper Green.

So it was three points and a 100 per cent home record, as we look forward to two more games on the road. On Saturday it’s the FA Cup at Leek Town and next Tuesday Grantham Town in the NPL.