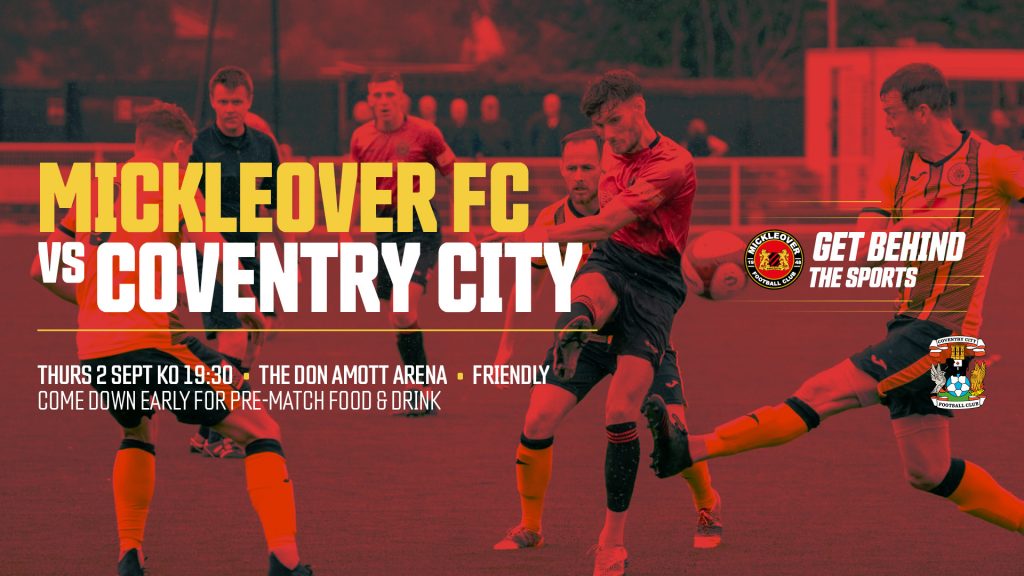 There’s a bonus match for Mickleover fans this week, when they face Coventry City in a friendly match at the Don Amott Arena on Thursday evening September 2nd.

There has always been a link between Sports and the Sky Blues, which became enhanced when gaffer John McGrath’s son Jay joined Mark Robins squad.

Coventy currently lie seventh in the EFL Championship, but went down to QPR away last weekend. There could well be some Coventy first teamers having run out too, as they don’t have a league match this weekend, there next game due at home to Middlesbrough on the 11th.