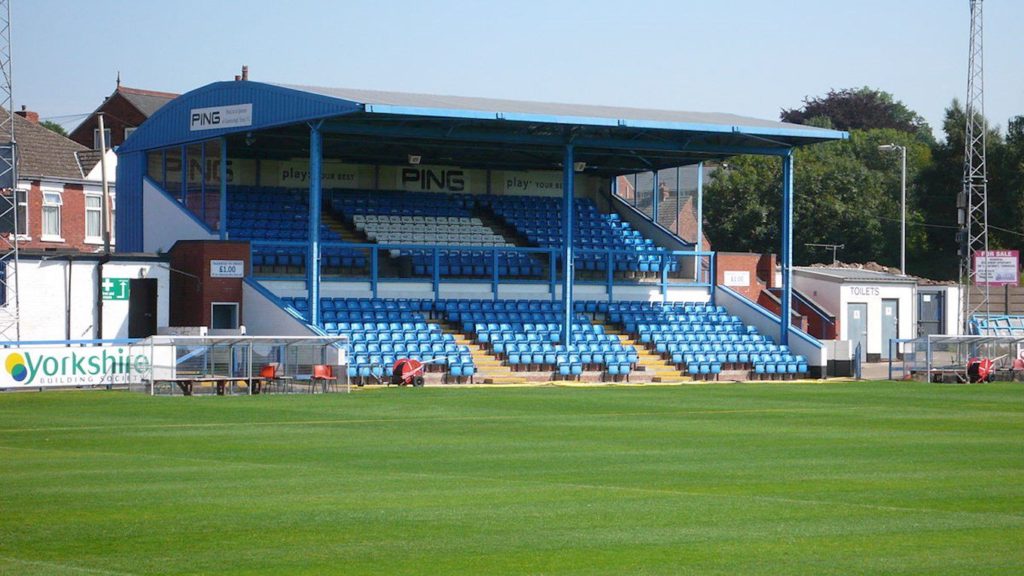 Gainsborough Trinity are the focus of today’s 21 in 21. 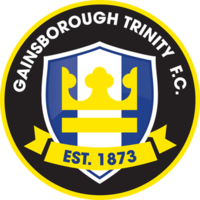 The club was established in 1873 as Trinity Recreationists by Reverend George Langton Hodgkinson, the vicar at the Holy Trinity Church. In 1889 the club were founder members of the Midland League, which they won in 1890–91. The club finished as runners-up the following season and again in 1895–96, after which they applied for election to the Football League.

In the vote they finished third, ahead of existing members Port Vale and Crewe Alexandra, and were elected into the Second Division. The club’s first season in Division Two of the League saw them finish seventh, but a gradual decline in form saw them finish in the bottom half of the table every season until 1904. In 1901–02 Trinity finished bottom of the division, but were re-elected. In 1904–05 the club finished sixth in Division Two, their best performance during their Football League membership.

In 1911–12 Gainsborough finished bottom of the Second Division for a second time, and failed to be re-elected, receiving just nine votes to the 27 received by newly elected Lincoln City. The club returned to the Midland League, finishing third in 1912–13 and second in 1913–14, after which they unsuccessfully applied for readmission to the Football League. When the Football League created a new Third Division North in 1921, Trinity applied for membership, but were again unsuccessful.

Following World War II Gainsborough had further success in the FA Cup, reaching the first round of the FA Cup in 1945–46, losing to Mansfield Town, and in 1946–47, when they were beaten by Darlington. In 1948–49 they reached the second round after defeating Witton Albion in the first round, before losing 4–3 at Walsall. They went on to win a third Midland League title that season. First round appearances in the FA Cup followed in 1950–51 (losing 3–0 to Plymouth) and 1951–52 (losing to Witton), before the 1952–53 season saw another second round appearance; after beating Netherfield in a first round replay, they lost 2–1 at Newport County. They reached the first round again the following season, before losing 4–1 at home to Chesterfield. The club failed to repeat the feat until 1959–60, when they lost to Doncaster Rovers in a replay.

At the end of the 1959–60 season, the Midland League was disbanded. Gainsborough spent a single season playing in both the Central Alliance and Division Two of the Yorkshire League, before returning to a reformed Midland League in 1961. Trinity won their fourth Midland League title in 1966–67, also reaching the first round of the FA Cup (losing 1–0 at home to Colchester United), before becoming founder members of the new Northern Premier League in 1968. The club applied to join the Football League again in 1975 and 1976, but received only a single vote on each occasion. The 1983–84 season saw them reach the first round of the FA Cup for over a decade, as they lost 2–0 at home to Blackpool.

When the Northern Premier League added a second division in 1987, Gainsborough were placed in the Premier Division. In 1997–98 FA Cup saw them drawn against local rivals Lincoln City, who won 3–2 in a ‘home’ replay that was played at Lincoln’s Sincil Bank. Another first round appearance in 2003–04 ended with a 7–1 defeat at Brentford. At the end of the season a tenth-place finish saw the club become founder members of the
Conference North.

FA Cup first round appearances followed in 2006–07 (a 3–1 defeat by Barnet and 2007–08 (a 6–0 loss at home to Hartlepool United). In 2011–12 the club finished fourth, qualifying for the promotion play-offs. However, after beating Halifax Town in the semi-finals, Trinity lost the final 1–0 to Nuneaton Town.

In another FA Cup first round appearance in 2015–16, the club were beaten 1–0 by Shrewsbury Town. The club were relegated for the first time in their history at the end of the 2017–18 season, dropping into the Northern Premier League’s Premier Division.