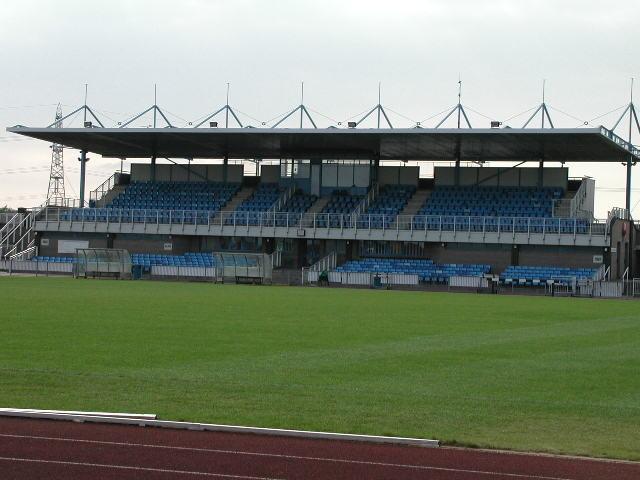 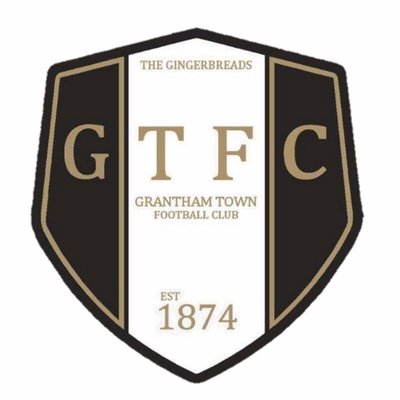 The club was established in 1874 as Grantham Football Club. They joined the Midland Amateur Alliance, but withdrew from the league during the 1892–93 season. They joined the Grantham & District League the following season. The club later returned to the Midland Amateur Alliance, where they played until becoming founder members of the Central Alliance in 1911 alongside Grantham Avenue. In 1924–25 they were Central Alliance champions, also winning Division B of the Subsidiary Competition.

Grantham then moved up to the Midland League. In 1928–29 they reached the first round of the FA Cup for the first time since the Victorian era, and after beating Rhyl Athletic 1–0, they lost 2–1 at Third Division North club Wigan Borough. In 1933 they joined the new Central Combination, but after finishing second-from-bottom of the league in its first season, they returned to the Midland League. The club qualified for the first round again in 1935–36, losing 2–0 at home to Notts County.The 1937–38 season saw the club finish the season as Midland League runners-up.

In the 1945–46 FA Cup, the first after World War II, Grantham reached the second round again; after beating Kettering Town in the first round, they lost 4–2 on aggregate to Mansfield Town in the second round. Another first round appearance in 1947–48 resulted in a 2–1 defeat at Stockton, whilst the club’s 1949–50 FA Cup run ended with a 4–1 loss at Wrexham. In 1959 the club left the Midland League to rejoin the Central Alliance and were placed in Division One South. However, after two seasons the club returned to the Midland League. In 1961–62 they reached the first round of the FA Cup again, this time losing 3–0 at Brierley Hill Alliance.

Grantham were Midlands League champions in 1963–64 and runners-up the following season. In 1965–66 they beat Hendon 4–1 in the first round of the FA Cup before losing 6–1 at home to Swindon Town in the second round. They also reached the second round the following seasonafter beating Wimbledon 2–1 in the first round; in the second round they lost 4–0 at home to Oldham Athletic. After finishing as Midland League runners-up again in 1969–70, they won back-to-back league titles in 1970–71 and 1971–72; the 1970–71 season also saw them beat Football League opposition in the FA Cup for the first time, defeating Stockport County 2–1 in the first round before losing 4–1 to Rotherham United in the second. After the second successive title in 1971–72, the club were promoted to Division One North of the Southern League, which they won at the first attempt, earning promotion to the Premier Division.

The 1973–74 FA Cup saw Grantham progress to the third round of the FA Cup for the first time since the 1880s. After beating Hillingdon Borough 4–0 in the first round, they went on to defeat Third Division Rochdale 5–3 in a second round replay. In the third round they lost 2–0 at home to Second Division Middlesbrough in front of a record crowd of 6,578. In 1977–78 the club finished bottom of the Southern League Premier Division and were relegated to Division One North. The following season saw them win the division. As well as being promoted, the club were also transferred to the Northern Premier League. However, after being relegated at the end of the 1984–85 season, they were transferred back to the Southern League and placed in the Midland Division.