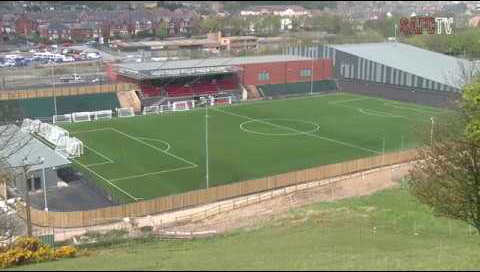 Scarborough Athletic are the focus of today’s 21 in 21.

Scarborough were wound up in the High Court with debts of £2.5 million on 20 June 2007, ending its 128-year existence as a club. The Seadog Trust (a supporters’ trust established in 2006) then formed Scarborough Athletic to carry forward the spirit of the former club.