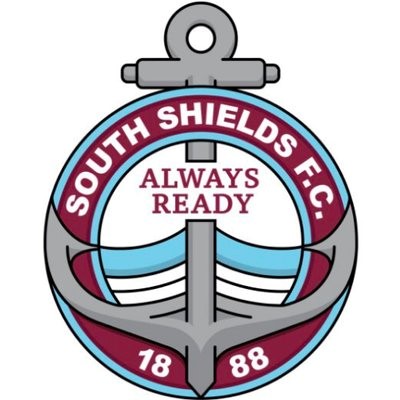 The club was formed in the same year as the previous club failed, after a second move to Gateshead by the previous club, and the sale of Simonside Hall, given to the club by supporters. The re-formed club under chairman Martin Ford (a director at the club who disagreed with the sale of Simonside Hall and subsequent move to Gateshead International Stadium) was based at the council’s Jack Clark Park, and began a 17-year crusade for a home of its own.

After two title winning seasons in the Northern Alliance, and an appearance in the quarter-finals of the FA Vase in 1976, Shields joined the Wearside League winning the league at the first attempt in 1977 and completing a league and cup double by winning the Durham Challenge Cup against Consett at Roker Park, the first county cup win for the club since the reformation. The team however was broken up as the club did not have the facilities needed to meet the requirements of joining the Northern League. So the club spent the next 15 years languishing in mid table in the Wearside League while the club searched for a suitable home.

Ultimately, chairman John Rundle and his family provided the long wished-for new ground by purchasing the run down and vandalized facilities next door to the Filtrona factory, the ground was refurbished and ready for use in 1992, the team thanks to the management of Bobby Elwell and the goals of striker Steve Harkus responded by winning a double of the Wearside League for the first time since 1977 and the Sunderland Shipowners Cup.

In 1994–95 the club won the Wearside League for the second time in three years (with a big highlight being a run to the final of the Durham Challenge Cup, in which Filtrona Park hosted the replay which Shields lost 3-0 to Spennymoor United in front of a record attendance 0f 1’500), and were promoted to Northern League Division Two. Shields were quickly promoted again to Northern League Division One the following season after finishing runners up, The club enjoyed a 4 year stay in the 1st division with a big highlight in that time being a run to the 3rd Qualifying Round of the FA Cup in 1997 which ended in a close 3-2 defeat at Gainsborough Trinity. The club however could not build upon this and ultimately were relegated down to Division 2 in the 1999-2000 season with just 16 points. Chairman John Rundle publicly threatened to fold the club if they went down, though he did not follow the threat through.

After several seasons stuck in mid table in Division Two, John Rundle again threatened the club with closure in 2006, locking the gates at Filtrona Park before a home game. However, a new committee was formed, headed by new chairman Gary Crutwell, and the club was saved, the team was quickly rebuilt under the management of Micky Taylor and come the end of the season, a 2-1 win at home to Penrith on the final day prevented relegation back to the Wearside League. The club’s performance improved the following season, although the team missed out on promotion by just 5 points. An FA Vase run to the 3rd round that season was a big highlight, coming to end in a 7 goal thriller at home to eventual semi-finalists Curzon Ashton. The club however built on the success of the previous season and won promotion back to Division 1 finishing runners-up to Penrith. Shields then settled down as a solid mid-table Division one side with a big highlight being winning the Northern League Cup in 2010 after beating Ashington 6–5 on penalties after a 2–2 draw at Dunston, the club’s first honour since joining the Northern League.

In the 2012–13 season, despite uncertainty regarding the ground, there were early positive signs shown in a good FA Cup run which included a win over Darlington RA and knocking out NPL opposition in the form of Harrogate Railway Athletic before falling to Spennymoor Town in the 1st Qualifying Round. From then on, the season went downhill, despite some positive performances, these were few and far between and despite a late season charge of 5 successive wins, Shields were ultimately relegated from Northern League Division One. Things took a turn for the worse when the club were forced to move to Eden Lane in Peterlee, after its lease on Filtrona Park expired.

The club spent the 2013–14 and 2014–15 seasons in Division Two of the Northern League, despite having to play home games 20 miles away in Peterlee in front of double digit crowds and difficulties when it came to raising teams to play, manager Jon King still managed to maintain the club’s Northern League status with 17th and 15th place finishes.
In the summer of 2015 however, a local businessman by the name of Geoff Thompson bought the original Filtrona Park from John Rundle, moved the club back in, renamed the ground Mariners Park and became the new club chairman. To celebrate the return, a crowd of over 650 showed up to see Shields play a friendly against Darlington. The new season itself started off brightly with genuine hopes for promotion back to Division 1 before the club pulled off a coup, tempting the former Sunderland and Middlesbrough midfielder Julio Arca out of retirement to sign for South Shields and become a massive part of Jon King’s reconstruction of the team.

Arca was joined by the likes of former Hartlepool United forward David Foley and ex Gateshead and Spennymoor midfielder Wayne Phillips as well as the return of the likes of Leepaul Scroggins and Robert Briggs to name but a few. Shields went on to achieve promotion with a new division record of 107 points. Attendances slo improved massively as the club were beginning to generate a positive buzz around the town peaking with a then new Filtrona/Mariners Park record attendance of 1,827 for the local derby against Hebburn Town.

The rebuilding continued in the summer with further additions, the likes of Jon Shaw, Gavin Cogdon, Carl Finnigan and Craig Baxter (to name but a few) were brought in as Shields attempted to push for the Division 1 championship. However part-way into the season, manager Jon King was dismissed and a new management team brought in of Lee Picton and North Shields manager Graham Fenton. In October 2016, South Shields then appointed former Sunderland defender Martin Scott as assistant manager.

These changes however did not deter the squad, in fact it appeared to galvanise the team even further, between the appointment of the new management team and the end of the season, South Shields went on to lose just ONE game in all competitions out of 55, this included a period between November and April of 32 successive wins, an unofficial world record. During this time, the club embarked on a crusade in the cups, they would go on to win the Durham Challenge Cup for the first time since 1977, beating Billingham Synthonia 2-0 in Hartlepool, they then went on to win the Northern League Cup with an astonishing 5-0 beating of rivals North Shields at Whitley Bay, but the most notable and memorable achievements came in the FA Vase. Shields had dispatched Esh Winning, Runcorn Linnets, Marske United, Staveley Miners Welfare, Morpeth Town and Team Solent before a home quarter-final against Newport Pagnell Town, here the attendance record was smashed as 3’161 saw Shields dispatch their Buckinghamshire opponents 6-1 setting up a semi-final tie against Warwickshire outfit Coleshill Town.

Despite a spirited display from their opponents, Shields managed to grind out what turned out to be a crucial 2-1 win in the away leg at Coleshill, a week later, Shields turned on the style in a 4-0 win in front of a new ground record of 3,464 meaning South Shields would be going to Wembley for the first time in the history of the town. In the final on 21 May 2017, South Shields’s opposition was in the form of the Northern Counties East League champions Cleethorpes Town in which Shields played in front of an estimated 14,000 of their own fans. Shields went on to win 4-0 to lift the FA Vase.

In this time, South Shields also managed to use their games in hand to overturn a 17 point deficit to North Shields at the top of the Northern League to win it with 108 points meaning that when the FA Vase was won, South Shields had completed a ‘quadruple’ of trophies.

The 2017–18 season brought more success in the form of a club record run in the FA Cup, after a Preliminary Round 3–1 win over Bridlington Town in front of the BBC cameras and a 2–0 victory at Witton Albion, South Shields then inflicted two of the biggest cup shocks of that season’s qualifying campaign, firstly going away to Darlington and impressing hugely in a 3–0 win and then in the 3rd qualifying round, Gavin Cogdon scored an injury time winner in a pulsating 3–2 win over the previous season’s FA Trophy winners York City. Their cup run ended in the 4th Qualifying Round with a narrow defeat to Hartlepool United (a team three divisions higher) in front of another sellout crowd. As the season went on, Shields reached the 2nd Qualifying round of the FA Trophy, a competition that the town had not been represented in since 1974, they dispatched Scarborough Athletic and Farsley Celtic (after a replay) on the way to being knocked out by Stafford Rangers in a 3-1 away defeat.

Apart from that, the club enjoyed a run in the Integro League Cup, knocking out Farsley Celtic, Stocksbridge Park Steels, Cleethorpes Town and Workington on a run to the semi-finals where they fell to Coalville Town despite a valliant showing by a largely youthful Shields eleven. Both promotion and the league title were secured with games to spare and for the third season running, the 100 point mark was surpassed. Julio Arca went on to lift the league championship trophy in front of a jubilant home crowd on the final day, however this turned out to be his last act as a South Shields player as he would announce his retirement weeks later.