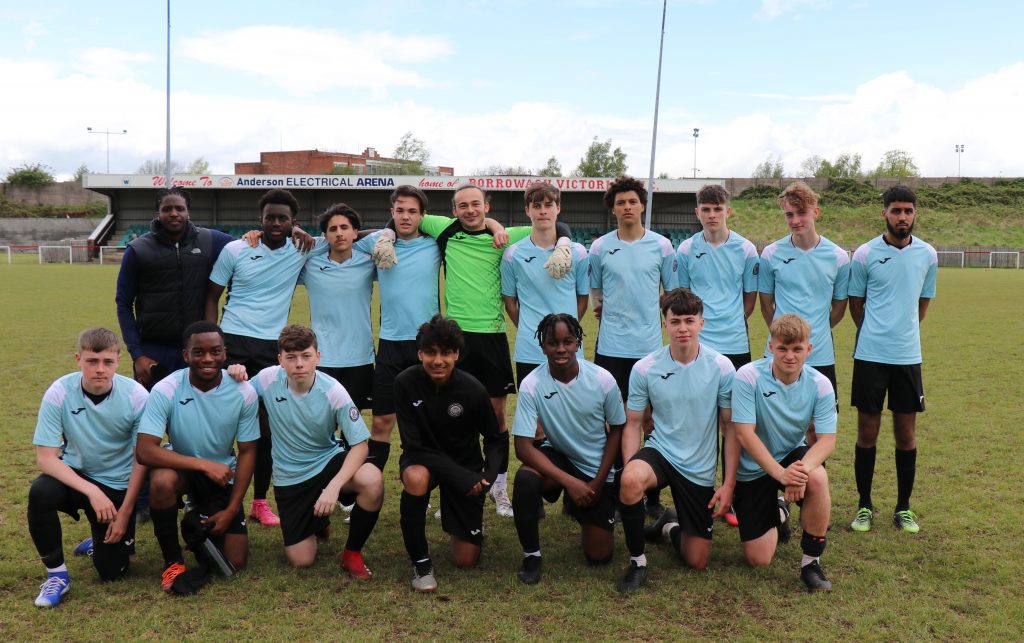 Mickleover Academy first years finished their ESPFA season on a high, with a 2-1 over Carlton at Borrowash.

It was a lively start from both teams, with Mickleover’s Reece Perry going close after five minutes with a free kick, after Berhard Koecher’s run and  cross.

One minute later it was Devon Smith’s effort saved by the Carlton keeper.

But 14 minutes in, and after a Carlton attack broke down, they had pushed well forward leaving the defence wide open. The Mickleover clearance put Smith in the clear, who jinked passed the keeper and opened the scoring 1-0, with an excellent solo effort. 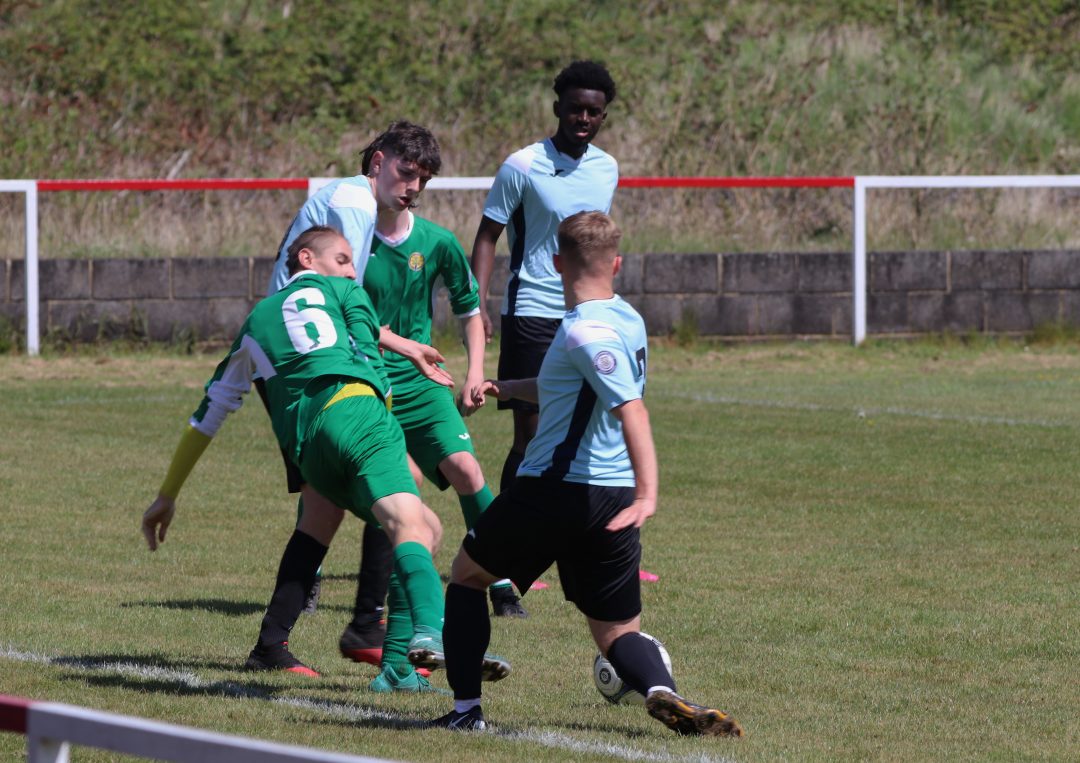 Carlton had a good chance to equalise two minutes later, but their striker wanted too much time and failed to get his shot in.

They came close again in the 19th minute, when Mickleover’s Fin Bowen charged from his goal, but was left stranded. Carlton went close, but not close enough.

Lewis Hughes and Ethan Mann were looking fairly steady in the centre of the Mickleover defence, and stopped Carlton again in the 22nd minute, when the strikers failed to collect from a good chance.

Both Koecher and Tom Griffiths had been used on the overlap, but Mann went on the attack too briefly, firing a shot over the bar.

Carlton continued to push for the equaliser and Jack Cockram had a good shot from outside the box, well taken by Bowen.

It could have been a second for Mickleover in the 31st minute, when the Carlton keeper came out to a Griffiths free kick, failed to collect and let the ball run loose.

Smith then went on another run just before half time, he was through, but fired just wide.

It was only seven minutes into the second half when Carlton got their goal. A through ball split Hughes and Mann and Cockram was on hand to slip it passed the advancing Bowen, 1-1.

Smith had a shot straight at the keeper a minute later, before Carlton responded with another effort just wide.

But in the 54th minute Perry was through on goal, his shot was saved, but the enthusiastic Koecher smashed the rebound into the Carlton net, 2-1.

Another good run from Smith put Josh Woolley through, shooting just wide, but Carlton were beginning to try random shots from further out, keeping Bowen on his toes. 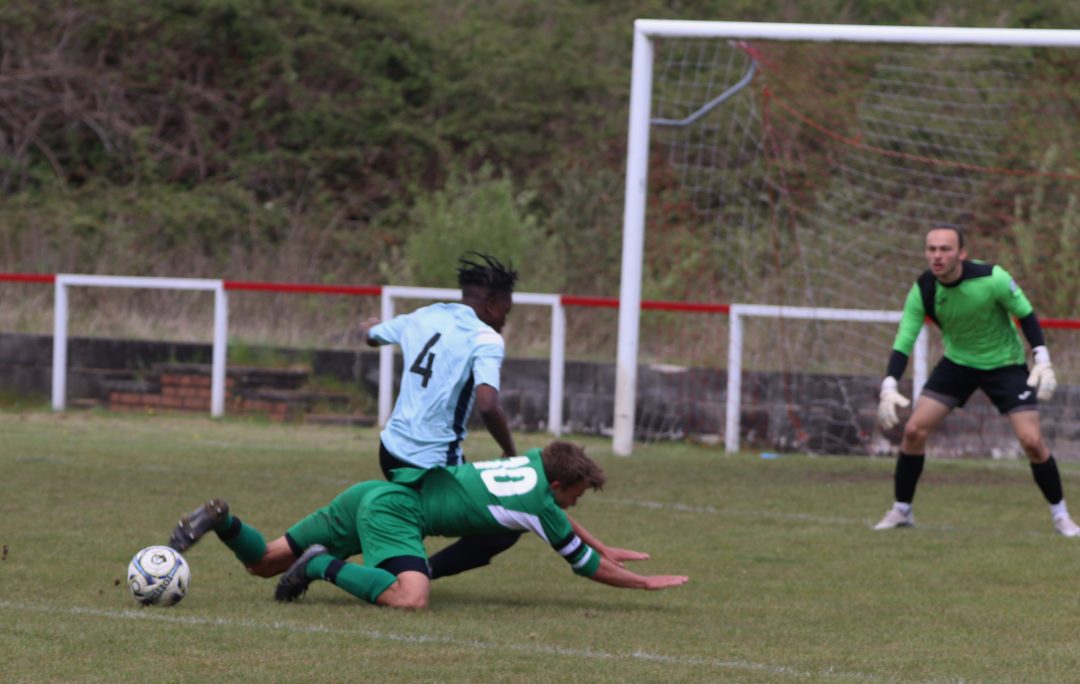 Smith’s 79th minute attempt was blocked again, and after a good build up Koecher put Woolley clear before he was intercepted.

Smith had another late chance, which went close, before Carlton had two free kicks in the closing minutes, but failed to capitalise on either.

So it remained 2-1 and the Mickleover Black squad brought the curtain down on their season.