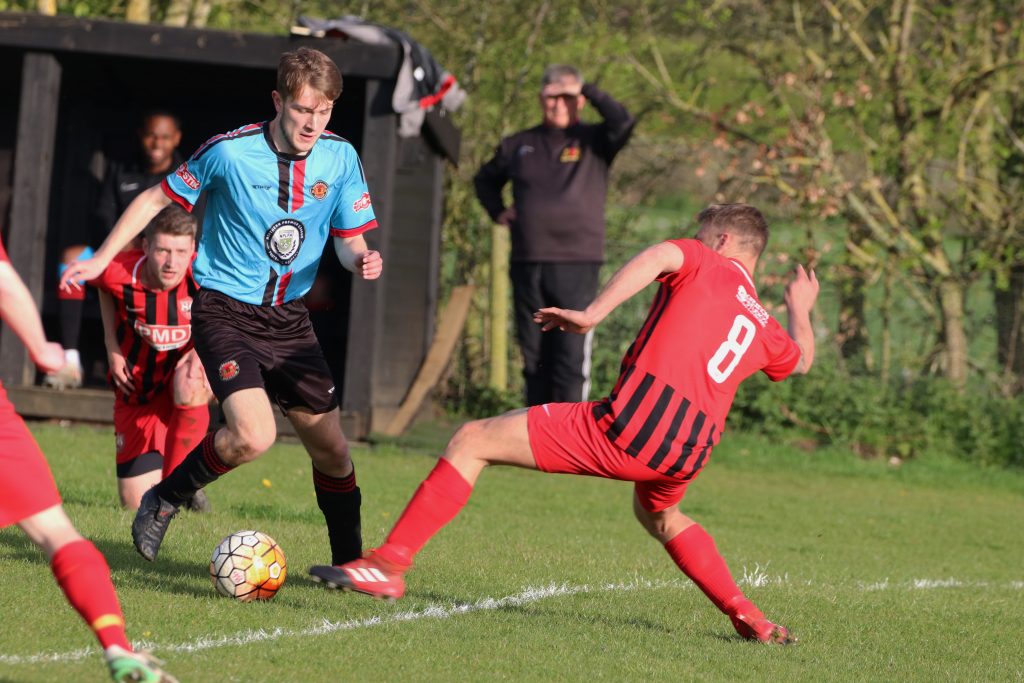 It wasn’t a particularly skilful encounter and combined with some poor officialdom, the Mickleover Reserves visit to Rowsley was instantly forgettable.

Having already qualified for the knock out stages of the Central Midlands League Chairman’s Cup, Mickleover weren’t fielding their strongest line-up.

The hosts had a free kick just wide in the opening minute, followed by another shot just over the bar.

Gradually Sports started to push forward and in the ninth minute had a chance to take the lead. Matt Fuertado chested the ball down in the box and was about  shoot, when the referee blew for handball, which was clearly incorrect.

Rowsley’s attacks were coming mainly from long balls, but Marcus Calderone marshalled the defence to fend off any early threat.

Aaron Hayer took a free kick for Mickleover, from which Ben Lewin had his shot blocked, but it was in the 16th minute when the defence failed to collect a through ball, a brief scramble in the area and it fell to a Rowsley striker, 0-1. 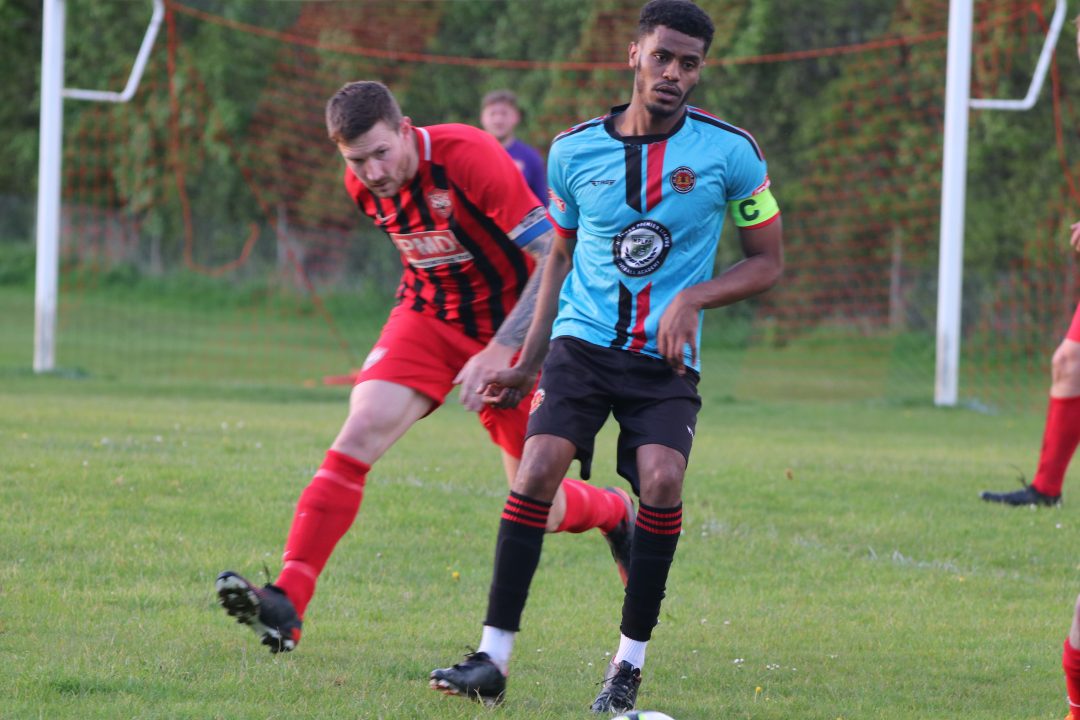 It was a bad spell for Mickleover as only three minutes later it was 0-2, Rowsley broke after a Sports corner was cleared. The defence struggled to retreat and left the keeper isolated.

Another shot in the 24th minute hit the side netting after Calderone narrowed the angle and some telling crosses from Rowsley’s left wing back began to cause a few problems.

It was on the half hour before there was another promising Mickleover attack, aided by the hesitancy of the Rowsley keeper to leave his line, ending in a corner.

Captain Surf Tefera had been doing his best to marshal the midfield, with the determination of Ash Elliott. They combined for a promising run in the 33rd minute, before a shocking back pass from Rowsley allowed Mickleover to strike, but straight at the advancing keeper.

Tefera had his own shot blocked a few minutes later, with the rebound blocked too. Rowsley had another header just wide, as half time approached. But then Hayer’s ball into the box found Feurtado, who couldn’t quite find the space to turn.

Elliott then managed to ride a foul tackle with a minute left. He was clear on goal, but the referee ignored the advantage, gave a free kick which came to nought.

After a scrappy first half the second was worse, with the Rowsley players becoming more vociferous as they picked up on some poor officialdom.

Tefera’s 50th minute free kick went well over the bar, before a couple more efforts were just off target, from various players. 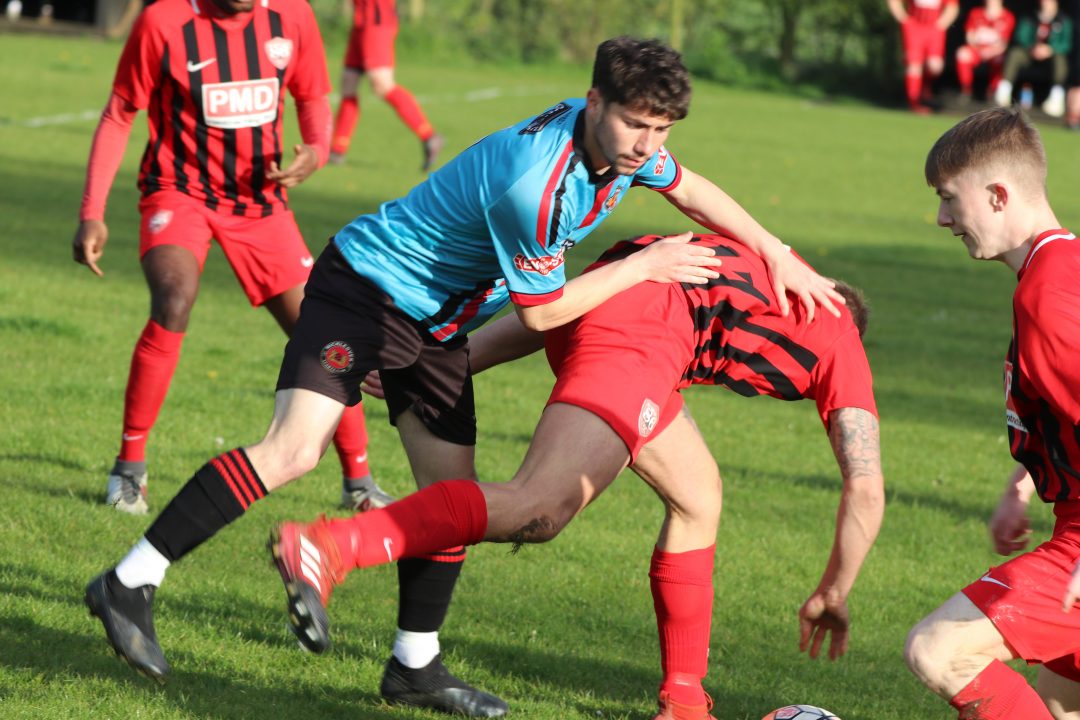 The Rowsley keeper made a couple of fumbles but got away with them, one attempt cleared off the line. But the hosts had another chance in 68th minute, splitting the defence before putting the shot wide again.

The referee then went into the first of a number huddles, seemingly reluctant to stand by his own observations.

Elliott had a free kick ricochet off the wall after 75 minutes and a minute later Hayer took another, which was saved by the keeper.

After Rowsley hit the post their keeper dropped the ball from a cross, but following a goal mouth scramble it was out for a goal kick.

The home keeper was inaction again when he had to make a diving save from a headed back pass, from one of his own defenders!

But with two minutes of real time left, Mickleover pulled one back, the keeper well beaten by a header to his far corner, 1-2.

Into injury time and the referee rejected a blatant penalty shout as the Mickleover striker was hacked down in the area, and gave a corner. Fortunately the final whistle went shortly afterwards.