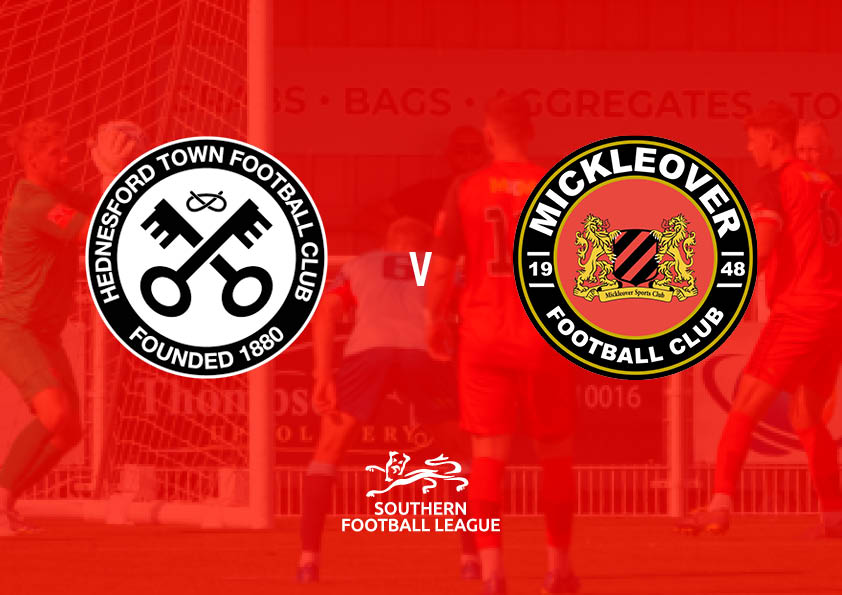 Weather permitting we visit next to bottom of the table Hednesford Town on Saturday afternoon. But with a grass pitch and freezing temperatures, the game has to be in some doubt.

The Pitmen have been in management turmoil from the start of the season, and having seen Steve Burr and his team depart on Monday, Tuesday it was announced that former Walsall, Tamworth, Sutton Coldfield and Rushall player Graham Deakin, had been appointed as Director of Football.

A team manager has yet to be announced, but Deakin has previously been the club’s assistant manager, and held posts at Romulus and Worcester City.

The club managed to take only their second win of the season at home to Stratford on December 3rd and drew 1-1 at Redditch last Saturday.

Goalkeeper Tiernan Brooks is currently on loan from Notts County. He has also been loaned out to Lincoln Utd and Coalville, but started out at Sheffield Wednesday before joining the Magpies Academy.

Skipper Lewis Ison was a youth player at Bristol Rovers, after they spotted his talent at Coventry Utd. But a UCL injury hampered his progress when he was on the verge of the first team. He then returned to Coventry from where our visitors signed him in January 2021.

Former England Under 21 player and Chelsea Junior Leroy Lita is probably Hednesford’s best known player. After leaving the Blues he had three years at Bristol City, scoring 38 goals in 100 games. Four years at Reading saw another 100 games and 32 goals, plus loan spells at Norwich and Charlton, was followed by a move to Middlesbrough.

He played for Swansea City in the Premiership and after loans at Birmingham, Sheffield Wednesday and Brighton, he then continued his travels via Barnsley, Notts County, AO Chania in Crete, Yeovil, Sisaket in the Thai Premier League and finally non-league in the UK at Margate, Salisbury and Chelmsford, before joining our visitors in March from Nuneaton, scoring a hattrick on his debut!

Left back Adam Livingstone was a Motherwell Academy graduate and has spent of his career in Scotland. After loans at East Fife, Morton and Clyde, he joined Cove Rangers on his release, then rejoined Clyde again before a move to Stafford Rangers at the start of this season. He came to Hednesford in September.

Luke Redfern is a young centre back on loan from Stoke City. He has also been loaned out to Nuneaton, Burton Albion and Sutton Coldfield.

Winger Joe Cuff was an early season arrival from Stafford Rangers after four-years service over two spells. He was previously at Market Drayton and Whitchurch.

Midfielder Luke McQuilkin is a former Northern Ireland Under 17,19 and 21 International. After playing for Zlin in the Czech Republic, he joined Hereford Utd in 2009. After a spell at Walsall he first joined our hosts in 2014, but moved to Torquay after a couple of months.

Kidderminster, Telford and a return trip to Hereford followed, before spending a year at Stourbridge, prior to rejoining the Pitmen in September.

Keith Lowe is a very experienced centre back, having played over 400 league games. Initially a Wolves Academy player, he was loaned to Burnley and QPR where he played in the Championship, before, Swansea, Brighton, Cheltenham and Port Vale, joining Kidderminster on his release in 2008.

After a spell at Hereford he joined Cheltenham Town and has also played for York City, Nuneaton, Macclesfield and Bradford PA in between three spells at Kidderminster, from where he joined Rushall pre-season and moved to Hednesford in September.

Harvey Portman is young defender, preferably centre back, he came from Stourbridge in February, having come through their youth scheme.

Former Wolves Academy player Todd Parker is a midfielder who arrived in May ’21 after a year out following his Molineux release.

Another former Wolves junior is winger Kyle Bennett. His league career has seen him make over 400 appearances with 30+ goals, for clubs such as Bristol Rovers, Grimsby, Swindon, Portsmouth and Doncaster. He came to Hednesford in January and is also an England Under 18 international.

Striker Tom Hewlett is on loan from Burton Albion and has had spells out at Rushall, Belper and Leamington.

Among the more recent signings is former Mickleover midfielder Kemy Agustien. Former Netherlands   Under 19,20 & 21 International and a full International for Curacao, who played Premiership football for Swansea City.

He started his career in the Netherlands, making his name with AZ Alkmaar, before coming to the UK for the first time with Birmingham City. A year later he joined Swansea and also played for Crystal Palace and Brighton, before spells in Denmark and at Hamilton Academicals, preceded a return to the Netherlands with Dordrehct.

Global Cebu in the Philippines  followed by Tec in the Netherlands, came before he went non league in the UK, firstly with Nuneaton, then Barrow, Wrexham and Bradford Park Avenue, before coming to Mickleover in January 2020, until the end of last season. He joined Kettering last month, and moved to Hednesford two weeks ago.

Former Shrewsbury Town Junior right back Zac Hartley was signed in early October from Bromsgrove. He has also played for Frickley Athletic and was at Truro City last season.

Right back Levi Andoh arrived from Buxton last month, a former Aston Villa Junior, he moved on to Cradley Town, Worcester City and Solihull, before Ipswich picked him up.

He was loaned out to Hereford and then joined Buxton at the beginning of this season.

Attacking full back Akanni Akinwe is a former West Bromwich Albion Junior, signed a couple of weeks ago, having left Shrewsbury Town in the summer.

Jack Broome is another recently arrived full back too. An Ex Wolves Junior, he moved on to Watford and is now making his way back after a long injury.

Midfielder Samir Nabi is duel registered with Sutton Coldfield. He started at Delhi Dynamo’s and is a Pakistan International. He has also played for Carlisle, Torquay, Halesowen, Kidderminster and Hereford.

Recently arrived winger Niah Payne is on a two-month loan from Spennymoor. A former Bradford City Junior, he joined Shaw Lane on his release, moving onto Garforth, Goole and Bridlington, before spending 18 months in Scotland with Peterhead and finally joining Spennymoor in August.

Mark Derricott is another loanee, from Hereford, having come through the Bulls own Academy.

Kick off is scheduled for 3pm, but keep a look out for pre-match updates on social media.