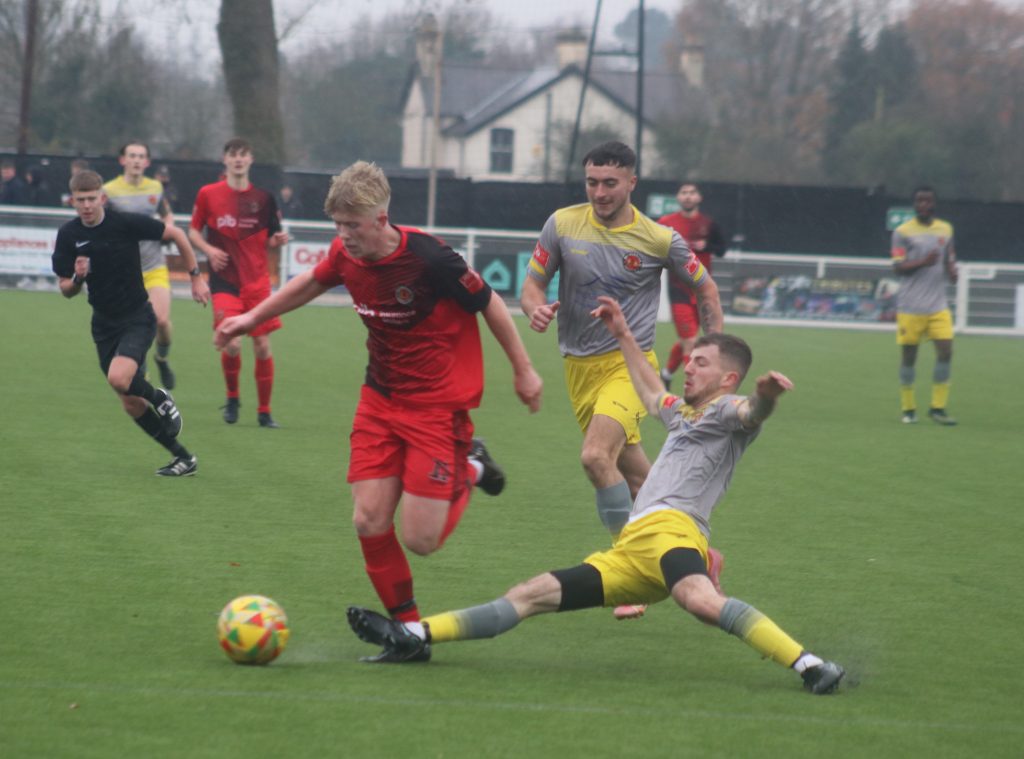 Despite the bitter cold and constant drizzle, there was a feast of goals and football, with Mickleover Reds taking a 6-4 win over the yellows, in the Fin Bowen Charity match.

The drizzle started just as the game kicked off, but after three-minutes Barker had the ball in the back of the net for Reds, before play was brought back for a foul on keeper Cooper.

Although the game was quite open and flowed freely, the Reds had the upperhand and they went close again after 14 minutes. Lewin crossed from the left, Moore touched the ball onto De Abreu, whose shot was just wide.

Only a minute later Pugh put a long ball through the middle, but it proved too far for the strikers to chase. But the attacks were coming thick and fast, with Edge-Lucas firing a cross in from the right, initially cleared for the yellows by Taylor Smith, before Moore went in for a header, just losing out to keeper Cooper.

18 minutes in though Barker had a run on the left after Yellows had lost possession, he jinked past Frewin and Smith and fired passed Cooper 1-0.

Having been beaten once, Rushall Olympic’s Cooper, a former Mickleover junior keeper, shed the goalie shirt to play outfield. “I’m glad I am not a keeper any more,” he was heard to say.

His replacement made a double save four minutes later, the second a spectacular dive to keep out George Atwal’s effort. But Atwal tried again a minute later and was just wide of the post.

Both sides were rotating their squads and after 25 minutes gaffer John McGrath and son Jay both came on for the Reds. McGrath Senior was soon trying his luck on goal too, firing just wide.

It wasn’t long before the Reds got a second, when Battisson set up Moore, whose effort had the keeper beaten just inside his right-hand post 2-0.

Pipes then responded at the other end, and brought a fine diving save from Smith to his left, before De Abreu had another shot just wide on the half hour.

It was soon 3-0 though when a fine solo effort down the left again saw Barker take on and beat three defenders, before cutting in and finding the back of the net.

De Abreu continued to cause problems on the right, managing to then create the space for a shot just inside the box and just off target again. Five minutes later he shot just over the bar, before Battisson completed the first half, shooting just outside the left-hand post.

Into the second half and the Yellows were close to pulling one back, when Smith was almost caught out by a lob. As he raced back to see the ball just clear his bar, various expletives were heard from the Borrowash Vics keeper.

Just after the Yellows had fired a weak shot straight at Smith, Battisson tried again, but was just off the mark, Jay McGrath then had a try after 68 minutes, again just wide, before Harry Atwal followed up inside the box, making it 4-0.

Smith was busy again though in the Reds goal, after Pennington went close, but then it became 5-0 with Jay scoring.

There was a sudden comeback in the last 15 minutes, with the Yellows hitting four!! The first was from a direct free-kick and the second a rebound following a penalty save, 5-2.

75 minutes and it was 5-3 and then Cooper, who had started in goal, made it 5-4. But Hilton scored again for the Reds with five minutes left, and Battisson went close again a minute but his shot was saved, and it finished 6-4. 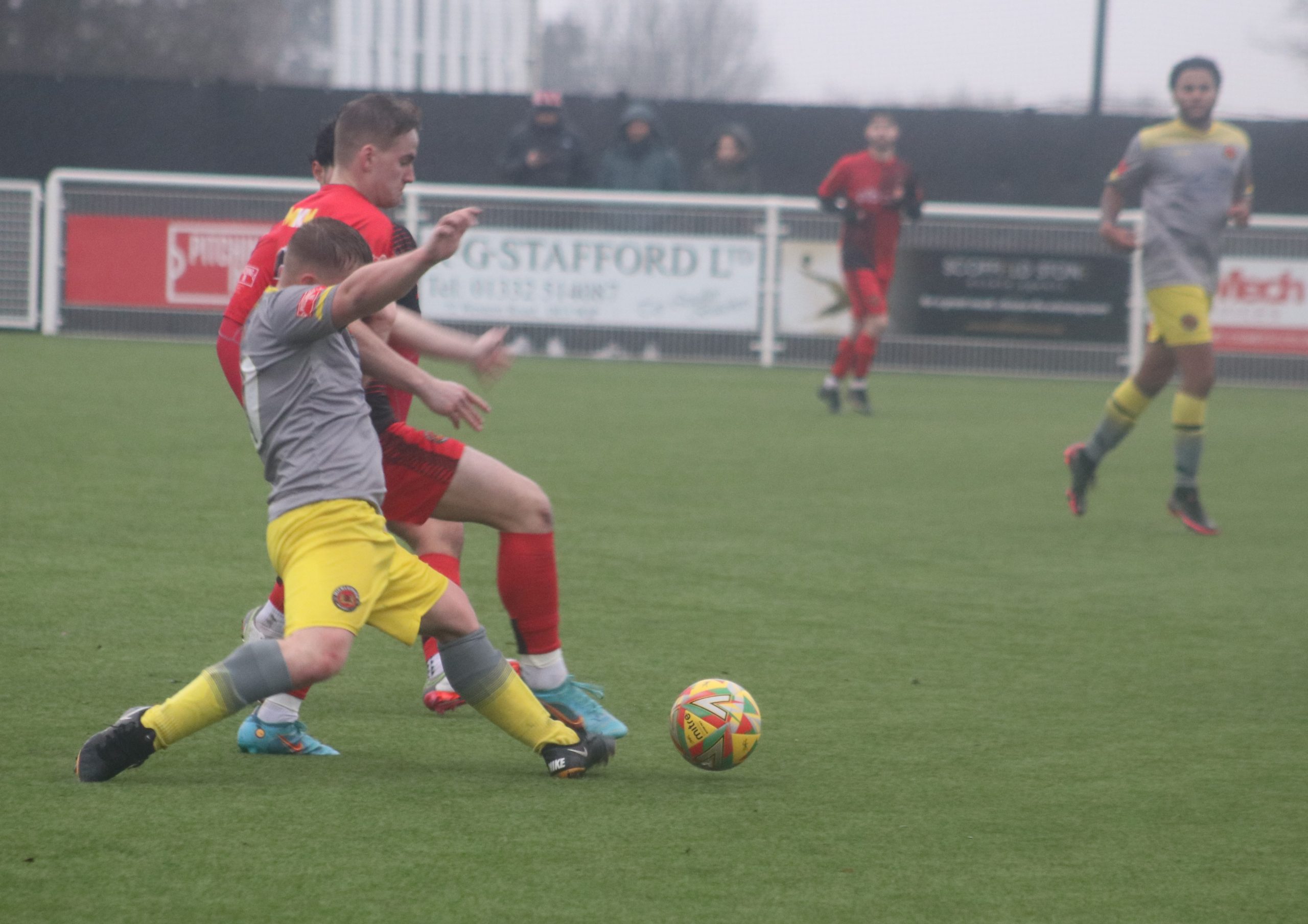 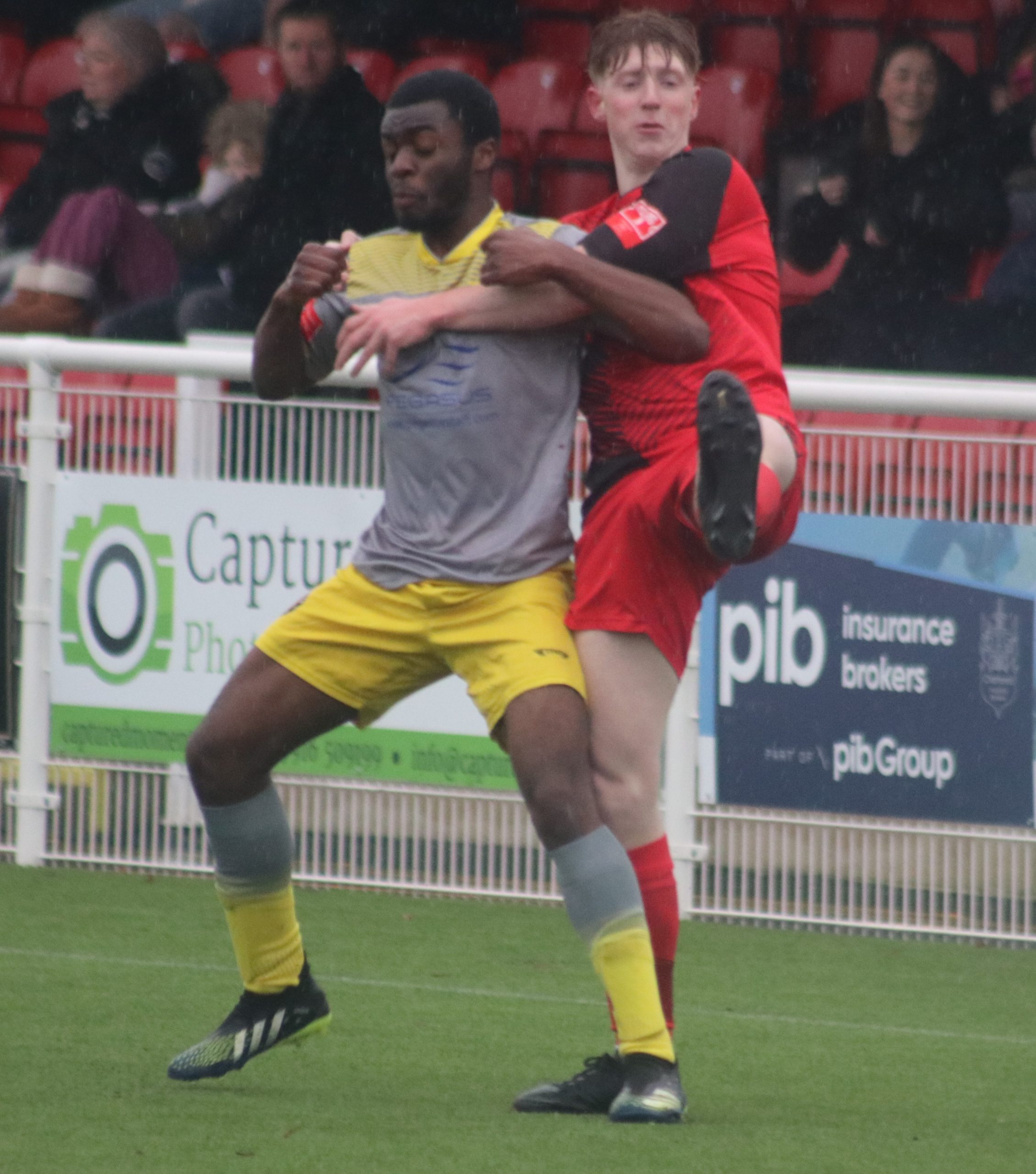 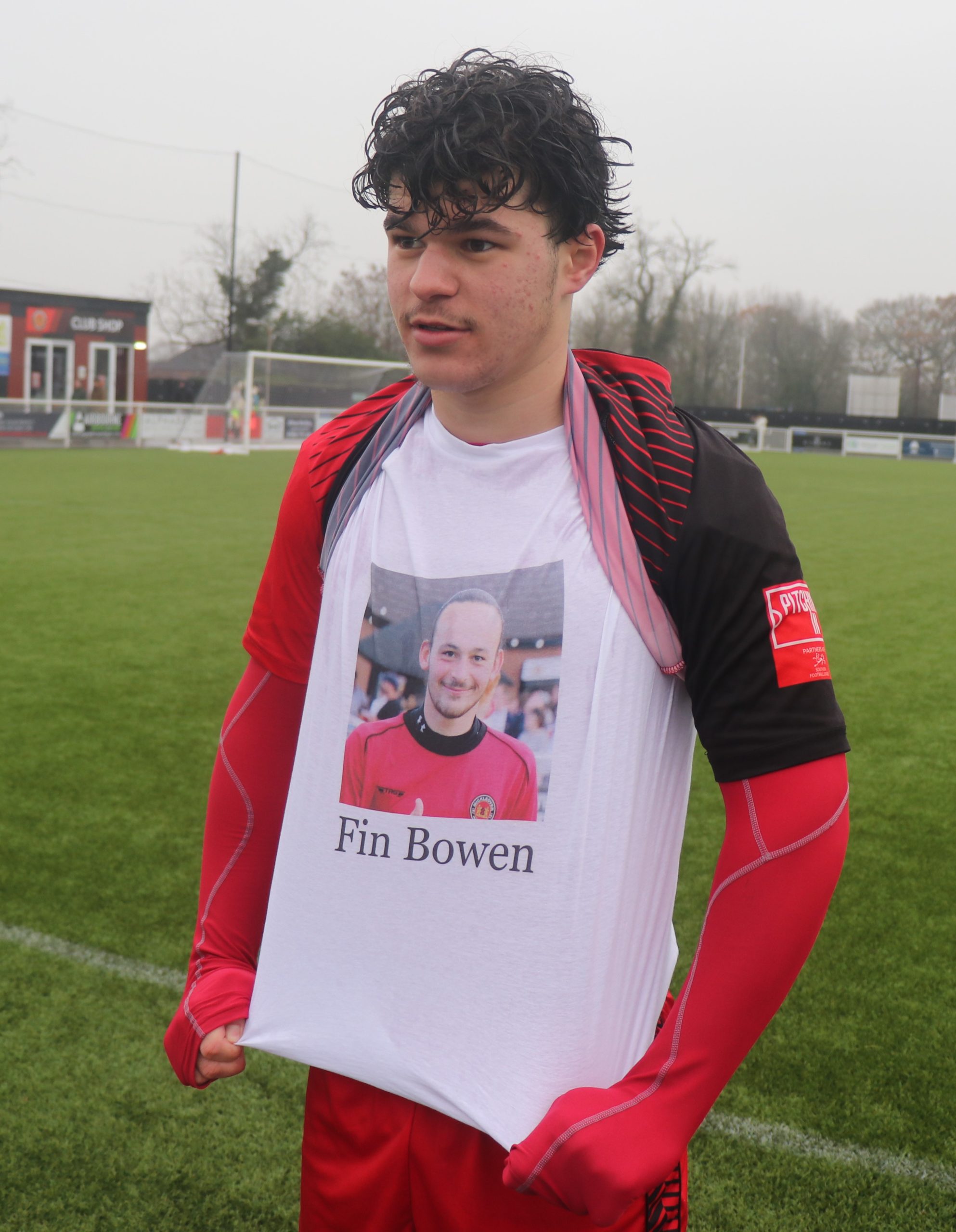