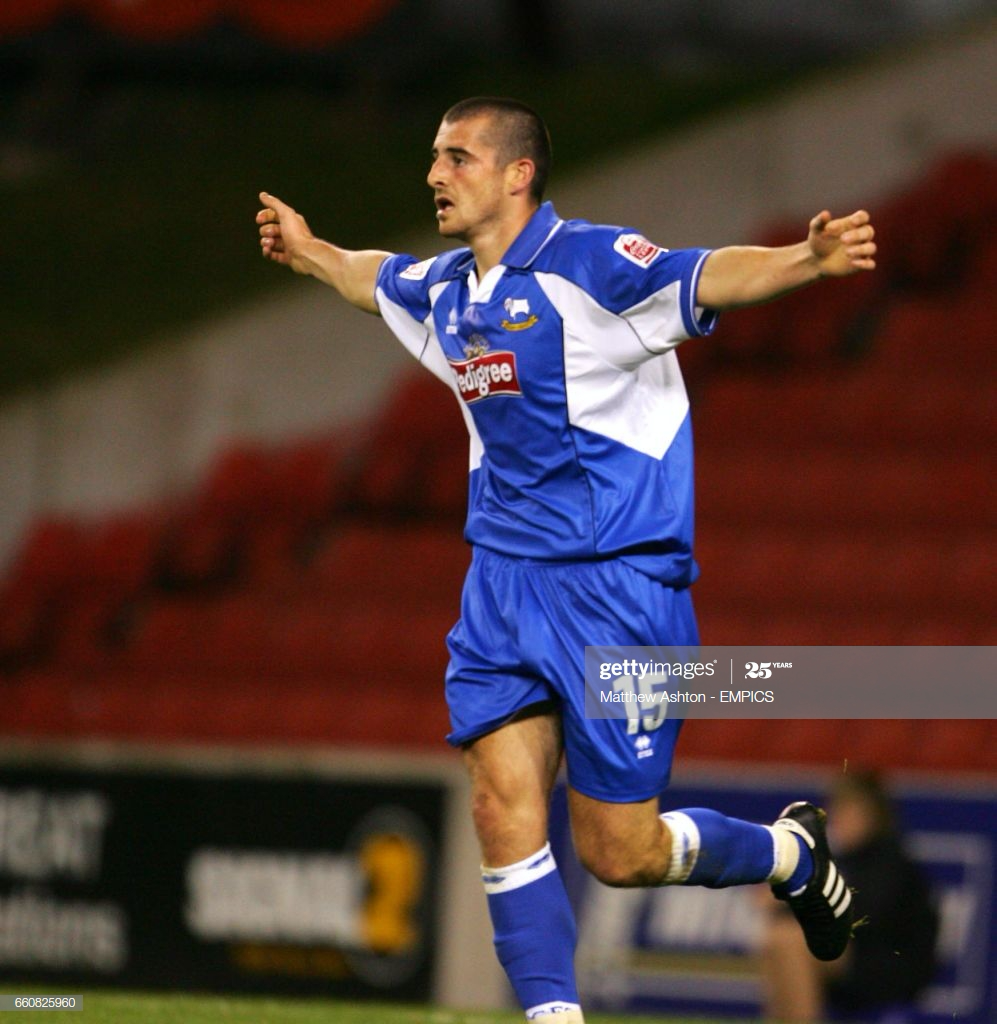 For Adam Bolder  his will be a chance to re-unite himself with Sports manager John McGrath, his former Burton Albion midfield partner, when he joins the All-star ex Rams cast for the NHS Charity match.

Originally from Hull Bolder started his career with his home team, making his league debut with one appearance in 1999. He only played another 19 matches before Jim Smith picked him up and brought him to Derby.

Initially he was a fringe player and it was a year before he made his Rams debut. But through numerous managerial changes he stayed for seven years playing 166 games and scoring 11 goals, having matured into a dependable and skilful midfielder.

He was still only 26 when he moved to QPR in 2006, joining one of his ex Derby managers John Gregory. He helped them avoid relegation, but had only played 40 games when he was on the move again.

He had loan spells at Sheffield Wednesday and Millwall, making the latter permanent. After one season which included a loan spell at Bradford City, he joined Burton Albion, then in League Two.

Apart from his spell at Derby, Burton was his longest stop. A couple of seasons and 81 games later, he had scored four times before dropping to the Conference North with Harrogate Town.