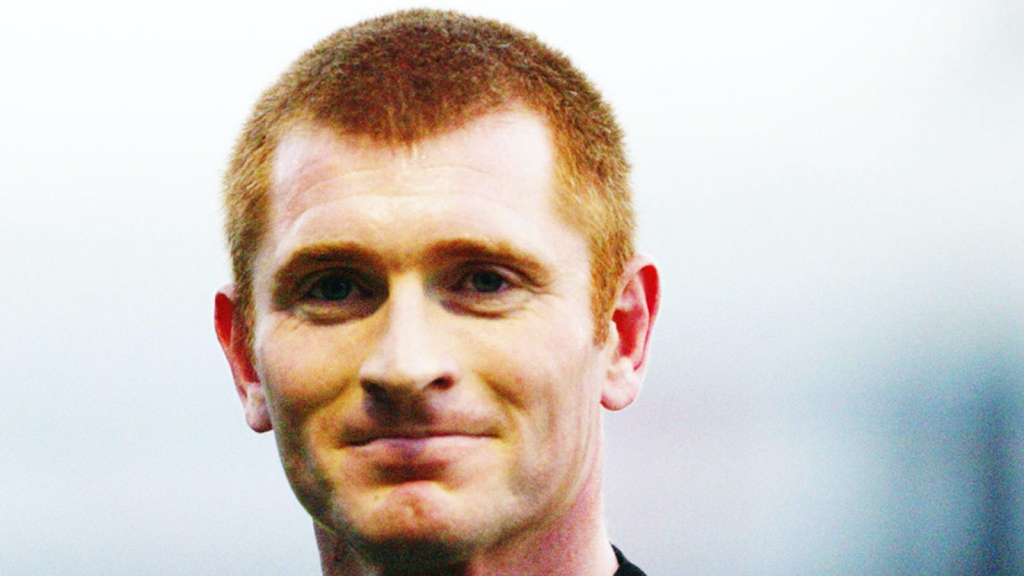 Next in the line-up of ex Rams Stars supporting our NHS Charity match is Tommy Johnson.

Nottingham born and a product of Notts County’s youth scheme, Johnson made his league debut for the Magpies in 1989.

He played 118 times scoring 47 goals and won promotion via the play-offs to both the second and first divisions, having the pleasure of scoring at Wembley too.

In 1992 though he moved to the Baseball Ground for £1.3 million, where he stayed for three years under Roy McFarland’s management. 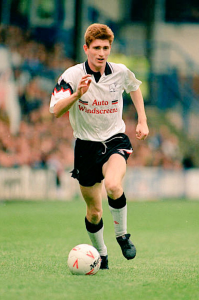 He played in the losing play-off team for the Rams in 93-94 and after 98 games and 30 goals, he finally made it to the Premiership with a move to Aston Villa the following year.

A couple of years at Villa Park was followed by a four year stay at Celtic. But injuries and competition restricted him to only 35 games and 18 goals, but brought him winners medals in the Scottish League, Cup and League Cup.

He had a brief loan spell at Everton, but came back to England for a short stop at Sheffield Wednesday. After another short stay at Kilmarnock he joined Gillingham, where he stayed for two seasons, scoring seven more goals from his 49 games.

Sheffield Utd was his briefest stop, when after only one game he moved on to Scunthorpe. Injuries began to play their part and after a loan period at Tamworth, he made his stay permanent. But he was soon on the move again and ended his career at Rocester Town.

He also got international recognition being caped by England at under 21 level, scoring twice in his seven games.