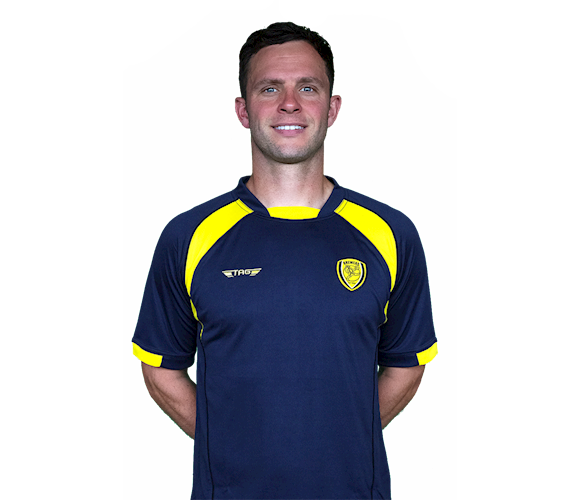 Another former Mickleover player, but striker Chris Beardsley spent his formative years at Station Road from 11-16 years of age.

He was snapped up by Mansfield Town and made his debut for the Stags in League Two in 2002, but they couldn’t avoid relegation.

After a loan spell at Worksop Town, where he scored once in four games, he returned to Mansfield but couldn’t get a regular first team place and was released at the end of the season, after he had played 22 times and scored one goal for them.

A move to newly promoted League One side Doncaster Rovers in July 2004 followed, but once again he struggled to get a start and five months later after only eight games, he moved to League two Kidderminster Harriers, where he completed the season.

He had scored five times for Kidderminster in his 25 games, but the following year returned to Mansfield. But his 2005/6 season was suddenly ended after a collision left him with a broken leg, leaving him out of action for a year.

It was a struggle to get back into the side, so 20 more games and two goals under his belt, the next move was Rushden & Diamonds after a short loan.

They were in the Conference, but his stay was short, before moving to another Conference side York City.

He stayed in the Conference too when he joined Kettering Town in December 2007 following another loan. He was a regular with 66 games in his two seasons scoring 16 goals.

In 2009 he joined former Rushden manager Graham Westley at Stevenage and was part of the side that won the Conference Premier title in 2009/10 and were runners up in the FA Trophy the same year. One year later he played in the play-off winning team to earn promotion to League Two also.

He had made 117 appearances and scored 22 goals, but with Westley moving to Preston North End in League One, Beardsley followed.

In his second season he struggled to get into the starting line-up again and went out on loan to Bristol Rovers. The following two seasons were spent returning to Stevenage and Mansfield, before joining Burton Albion as fitness coach in 2018 and he is still registered to play as part of the Brewers first squad.