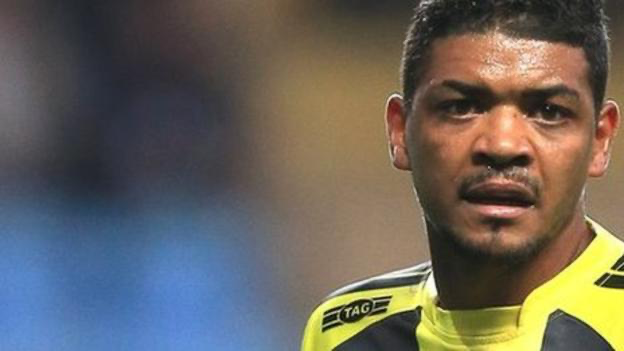 An ex Mickleover player, but Aaron Webster made his name in Burton Albion’s colours.

Burton born he came through the Brewers Youth scheme, making his debut at the age of 17, when they were in the Southern League Premier Division.

He stayed at Burton during their move into the Northern Premier League, winning the title in 2001/2, promoting them to the Conference.

Seven years later Webster played his part as they were title winners again, with promotion into the League Two for their first time in the clubs history.

Webster was also part of the Cup success team that held Manchester United to that famous draw at the Pirelli Stadium.

Primarily a left back, his height made him versatile. He played regularly in midfield and was a regular goalscorer too.

He stayed at Burton for 15 years, with his 591 appearances and 101 goals, making him the third highest scorer in the clubs history and the second highest in appearances. He was player of the year too in 2004.

In 2013 he joined Ilkeston Town for a season, scoring eight goals in his 22 games. Next stop was with Mickleover for 2013/14, 15 games and four goals, before joining Basford United a year later. He scored another four goals from his 16 appearances, before trying his hand at management with Belper Town. It wasn’t his most successful move and after briefly playing again for Stapenhill in 2018, he joined the Burton Community Trust to educate the next generation.