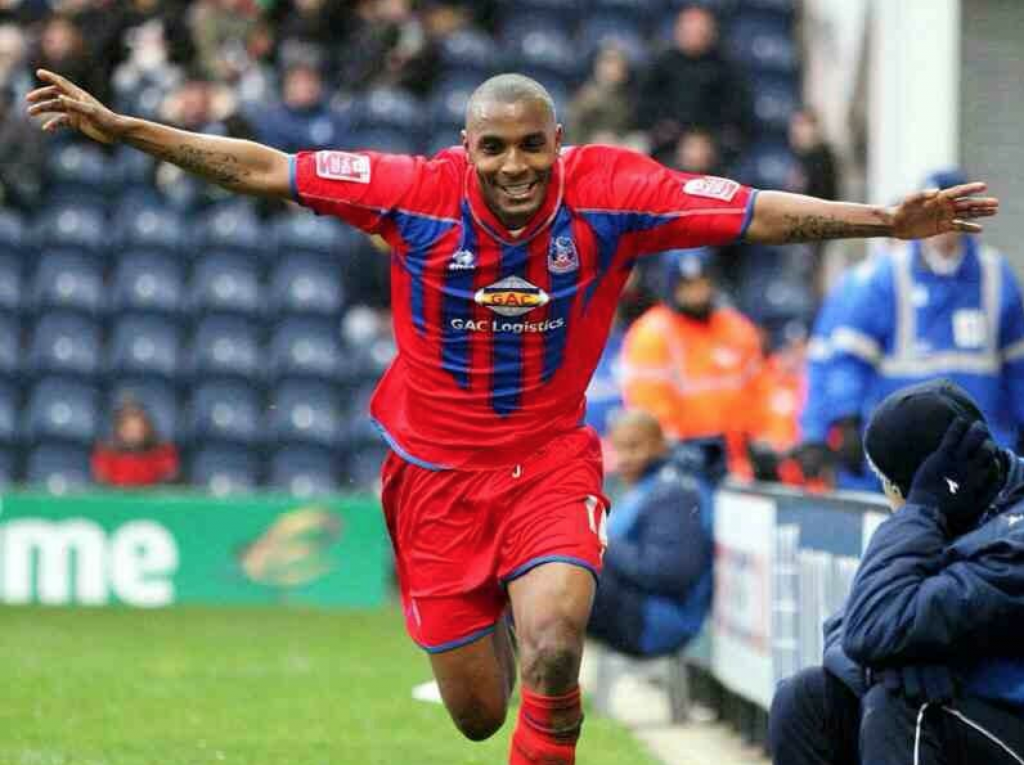 Another of Mickleover’s current players to grace the pitch in the NHS Allstars Charity Match is former Republic of Ireland International Clinton Morrison.

His career started with his local club Crystal Palace and having come through their youth development, made his first team debut in May 1998, scoring on his debut too.

The team were relegated to Division 1 but Morrison had six successful years at Selhurst Park, scoring 71 goals in his 180 appearances, before moving to Birmingham City in a £4.25 million deal.

It took a while for him to settle with the Premiership club, but he stayed for three years, scoring 16 goals from his 97 games, before returning to Palace for £2 million.

Palace were in the Championship and Morrison struck up a successful partnership with Andrew Johnson, who had joined them as part of the deal that originally took Morrison to St Andrews.

He stayed for another three years adding 41 more goals and 135 appearances to his club tally, before moving on to fellow Championship side Coventry City in August 2008.

His form had been good, with 23 goals in his 101 games, but after being released at the end of 2009/10, Sheffield Wednesday was his next stop, in League One.

With a goal on his debut for the newly relegated side, it started well, but after struggling to get a starting place, he had loan spells at Milton Keynes and Brentford.

After his release from Sheffield Wednesday he joined League 1 Colchester United. By then his media work was building up, but he managed to fit in a few games for Long Eaton United in the Midland Premier League, before signing for League 2 Exeter City, for his final season of League football.

In the latter years he played for Redditch United, but has been a Mickleover player since 2016, fitting in the occasional reserve appearance between his work on Sky Sports and Radio 5.

He made his International debut for the Republic of Ireland in 2001 and went on to make 36 appearances, scoring nine goals too.