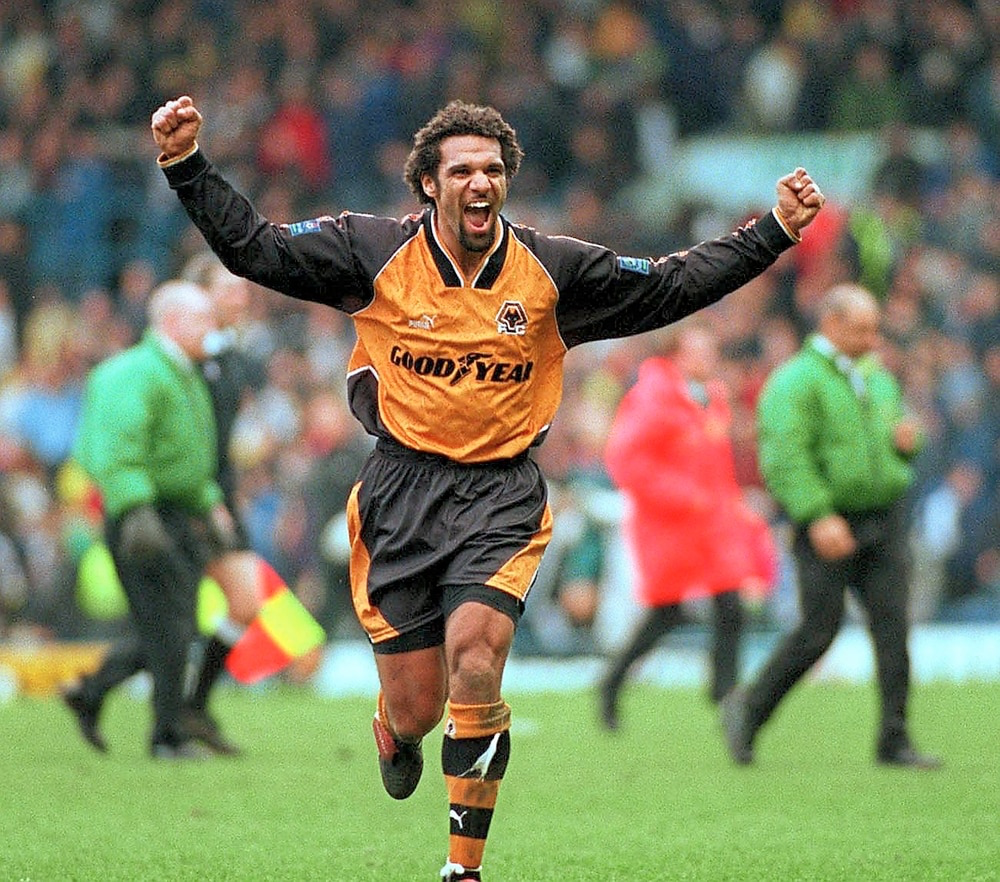 A prolific goalscorer with a number of clubs, Don Goodman started his career at Bradford City in 1984, having signed from a Yorkshire amateur club. He made his league debut aged 17 while still working as an electrician.

After signing professional that summer he went on to play 70 times and scored 14 goals, gaining promotion with the Bantams at Third Division champions in 1985.

He joined Second Division West Bromwich Albion in1987 for £54,000 and had four years at the Hawthorns. His amazing record of 60 goals in 158 games brought him to the attention of Sunderland, and he became their record signing in 1991 at £977,000.

Having joined part way through the season he was cup tied and missed out on Sunderland’s 1992 Cup Final victory, but had his first taste of First Division football and rose to the occasion.

His next moved was to Wolves for £1.19 million in 1994. Initially it was back to the Second Division until Wolves were promoted at the end of the 1996/97 season.

He racked up 33 more goals in his 125 appearances, but then moved to Japanese club Sanfrecce Hiroshima.

Loan spells at Barnsley and Motherwell followed, before making a permanent move to the Scottish club in 1999. He had two seasons with them, played 47 times and scored eight goals, before a season at Walsall where he helped them gain promotion via the play-offs, a short stay at Exeter City, a loan at Doncaster Rovers and finally three years at Stafford Rangers brought his career to a close at the age of 40.

He can now be seen on TV as a Sky Sports pundit.