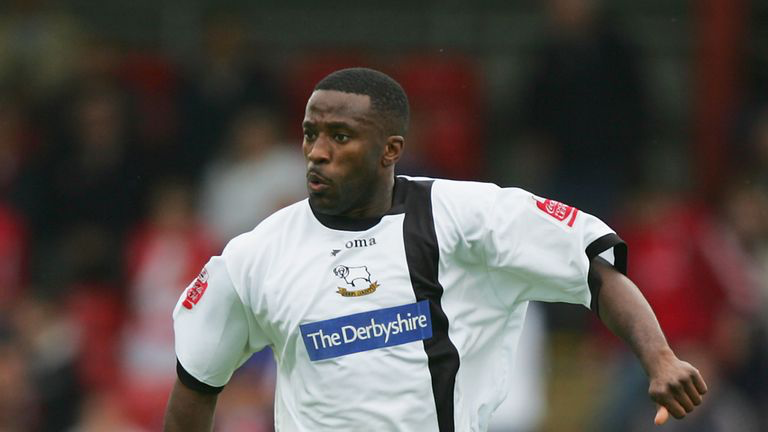 So who else have we got coming out to support the NHS? Michael Johnson, a strong dependable centre back, started his football career with his hometown club Notts County.

His four years at Meadow Lane saw 107 appearances in the black and white stripes, including a spell in the old First Division.

After eight years 262 games and 12 goals he finally left St Andrews and joined Derby on a free transfer in 2003.

One of the highlight’s of his time at Derby was being part of the team that gained promotion to the Premiership, via the play-offs in 2006/7 and had also been club captain the year before.

He began to fall out of favour and after 138 appearances and four goals, his Derby career ended after loan spells at Sheffield Wednesday and Notts County.

His playing career came to an end after a final season back at Meadow Lane in 2008/9, after which he took his first steps into coaching with Notts County youth team.

As well as a long club career he played 13 times for the Jamaican National team. He also had a spell as one of Notts County’s many caretaker managers, before taking on the role of Guyana’s manager.

Michael now works with the England Under 21’s and is often on TV commenting in an ambassadorial role about both Derby and Notts County.