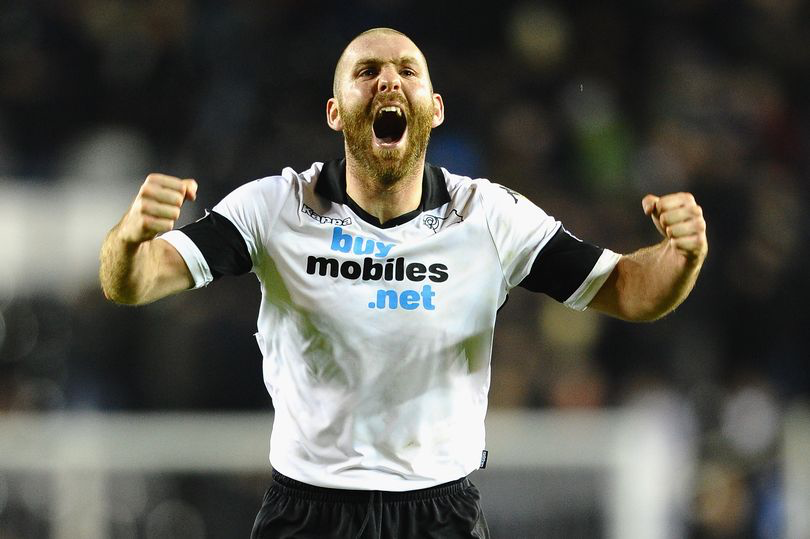 One of the players still regularly active is Jake Buxton. He joined his local team Mansfield Town as a youth and went on to make 151 league appearances for the Stags over his six years, plus a short loan period with Alfreton Town.

But when they were relegated from the football league, Jake’s contract at Field Mill came to an end, and after a trial at Crewe Alexandra, he joined Nigel Clough at Burton Albion.

During his one season Brewers stay he was player of the year and they won the Conference title, but when Clough moved on to Derby County, it was only a matter of time before Buxton joined him.

He came to Derby in 2009 and was popular as a typical old school rock solid defender, wearing his heart on his sleeve for all to see and for a while appearing even more fearsome sporting a fine beard.

Injuries restricted his appearances and he often had to fight his way back into the reckoning. He stayed for seven years though and made 139 league appearances, scoring 11 goals too.

He finally left Pride Park to join newly promoted Wigan Athletic in July 2016. One season and 39 games later his contact was mutually terminated and he headed back to the Pirelli Stadium joining up with Nigel Clough again at Burton Albion.

Currently he is still a dependable part of the Burton squad.