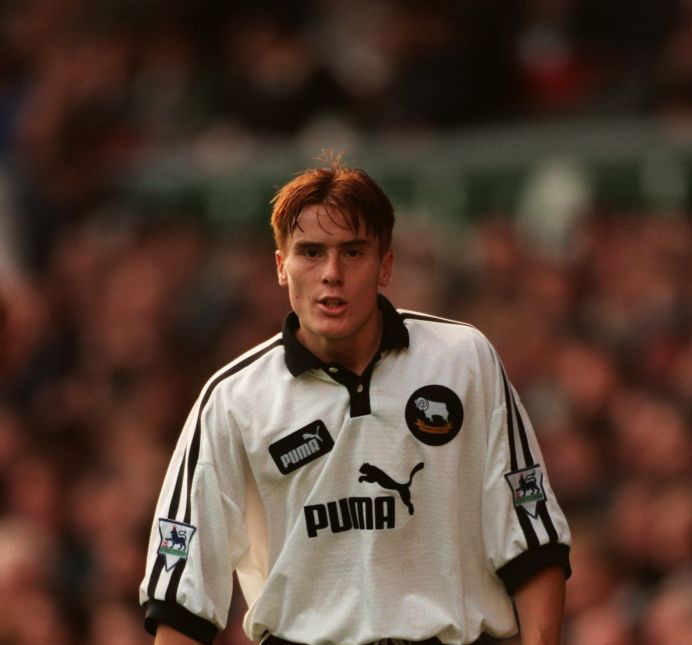 Another former Derby County Youth graduate will be joining the Mickleover Sports NHS Charity Allstars match, but he made his name a bit further north.

Rob Kozluk made his first team debut for Derby away to Liverpool in in 1997. He made another 11 appearances that season at right back and began the 1998/9 season in the Premier League too with Derby.

But after only 22 games in total in a Rams shirt he was  part of Jim Smith’s deal to bring Greek defender Vassilios Borbokis to Derby, with both Kolzluk and Jonathan Hunt going to Sheffield United.

Borbokis never established himself, whereas Kozluk had eight successful years at Bramall Lane. He was part of the 2005/6 team that gained promotion to the Premiership, and played 213 games, as well as having loan spells at Huddersfield, Wigan Athletic and Preston North End too.

He finally left Sheffield to join Second Division Barnsley in 2007, where he spent another three seasons, making 75 appearances.

Having returned to Bramall Lane to see out the most of the 2010/11 season, with Sheffield United now back in the Championship, he failed to win a regular place and moved to Port Vale.

He only played for the League Two side seven times before leaving for Bradford City, where he saw out the season with another 17 appearances.

After two more seasons in the Northern Premier league with Ilkeston Town, he retired from the game in October 2013 and stayed on as a coach.

During his time at Derby he was also capped by England at under 21 level two occasions.