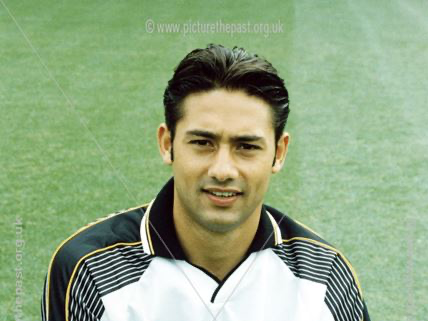 Although Jason Kavanagh came through his apprenticeship at Derby County, he began playing as a schoolboy with Birmingham City.

The pacey defender made his league debut in 1988 and was part of the Rams team that were relegated from Division One in 1991.

Injuries to regular first teamers began to give Kavanagh a regular place in the team and he played his part in the promotion season of 1995/6 back to the Premier League.

But he was unable to hold down a place in the starting line-up and went on loan to Wycombe Wanderers in 1996. But after 96 games and one goal in a Rams shirt, the stay became a permanent one for a £25,000 fee.

He had three seasons at Wycombe and helped them successfully fight off a threat of relegation, but after another 89 games and one goal, he moved onto Second Division Stoke City.

It was only a short stay in the Potteries as he then moved to Cambridge United after only eight games. He went through another relegation battle successfully, but only made 19 appearances, before his full time career ended and he moved again to Burton Albion, then in the Northern Premier League.

He was in the Brewers side that won the league title and had three seasons of action with them, scoring seven goals from his 89 games.

But at the end of 2003 season he ended his playing career.

Jason also had representative honours for England at Youth level.