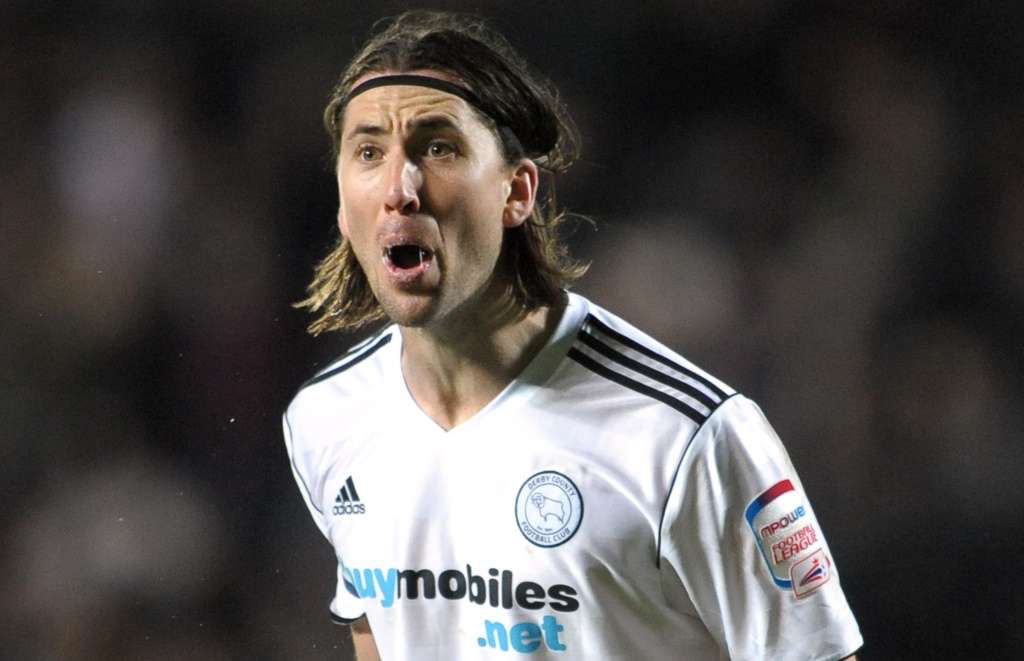 Injuries plagued Shaun Barker’s career throughout his Derby County career, but for a while he was club captain.

Having come through the junior ranks at Rotherham United he made his debut for the South Yorkshire club in March 2003.

He had four seasons with the Millers and was junior player of the year in his first season.

Once established he was virtually ever-present in their starting line-up, but after a 133 games and seven goals, he declined a new contract and moved to Blackpool on a free transfer in August 2006.

Although arriving as a centre back he tended to be played more at right back, but again became a regular in his three seasons at Bloomfield Road.

He was a League One play off winner in 2006/7 and Blackpool’s player of the year in the year in the same season. Having moved back to his centre back position he had a spell as club captain, notching up 149 appearances with six goals before moving to Derby for the start of the 2009/10 season.

A slight injury delayed his Rams debut, but having then played on with a torn thigh muscle, he had a run of successive games and was named player of the year.

He was a first choice centre back the following year and had played every game in the struggling team but with a knee injury. Only after the team’s league safety was assured did he have the required surgery.

Having missed the start of 2011/12 he fought his way back into the team, but a collision during a Nottingham Forest match in Match 2012 virtually ended his career.

He was made club captain off field but despite hours of painful surgery he never played for the first team again and officially left the club in 2015.

After a trial with ex manager Nigel Clough at Sheffield United, he played a few games for Clough at Burton Albion, retired in April 2018 having played for Burton as they beat Derby 3-1.