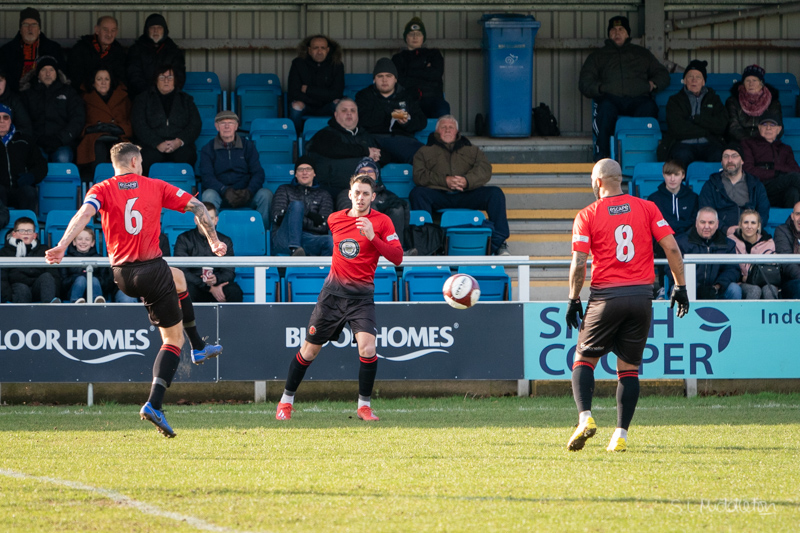 The welcome dry spell has been most welcomed, but now it means Mickleover Sports have four games in eight days.

Ashton have a number of ex Oldham Athletic players and a great deal of experience in their squad.

Goalkeeper Greg Hartley is ex Manchester City and won the FA Youth Cup during his 10 years with them. He then played in the US including semi pro with Chattanooga, before returning to the UK as Oldham’s goalkeeping coach and joined Ashton from Atherton Collieries.

Defender Stavros Tserpes is Australian born and had trials with AFC Bournemouth. He has played most of his football in the North West, including Tranmere and Accrington.

John Pritchard is one of the ex Oldham players, but has rejoined Ashton for a second time from Chester. He is a midfield or defensive player.

Starting off at Stockport County Gianluca Havern was signed last year from Bradford Park Avenue. The defender played at Mansfield too plus a number of the North Western clubs.

Defender Jonathan Hunt was a long serving player at Curzon Ashton and rose to being the clubs captain, before signing for Ashton, while Billy Sass-Davies is one of the younger players, currently on loan from Crewe Alexandra. The defender has been out on several loan spells during his time at Gresty Road.

Michael Brewster is another ex Oldham midfielder. He came in from Atherton Collieries, but again spent most of his career with various North Western clubs, but did have a spell at St.Mirren!

Chris Rowney is ex Oldham midfielder too, he had six years at Curzon Ashton, before returning to Mossley, prior to his current move to Ashton.

Sam Sheridan is in his third year at Ashton, the midfielder came in from Altrincham, but has played at Stockport, Southport, Chorley and FC United too.

Blackburn Rovers Academy set Louis Almond on his way, before joining Blackpool from where he had a number of loan spells. The striker was signed from Chorley in 2018.

Steven Tames even tasted Europa League football during his time at Bala Town. The prolific goalscorer has also played for a number of the North Western clubs, before leaving Bala for Ashton.

In last Saturday’s win Josh Wilson scored both goals. He joined Ashton from Chorley in July last year, having started at Northwich.

Midfielder Liam Thomsett was signed from Curzon Ashton, but had a number of loans whilst on Blackpoll’s books.

Ben Hardcastle came through Morecambe’s youth team and was team manager Michael Clegg’s first signing’s when they both joined Ashton from Atherton Collieries.

Finally Rumanian Casian Anghel played his early football with FC Voluntari and Dinamo Bucharest, but has now settled in the North West.

Kick-off is 7.45, with Sports keen to come away unscathed, with home games against Basford Utd and Hyde Utd on Thursday and Saturday respectively.