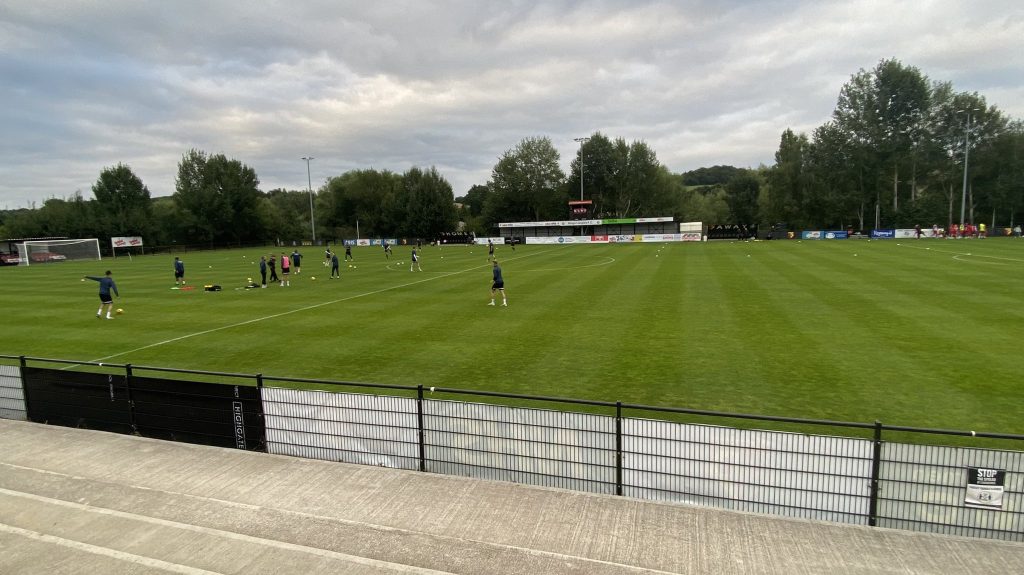 It was a valuable away point but it could so easily have been three, as Mickleover left Kings Langley with a 2-2 draw.

Hosts Kings Langley started strongly and after Cain Keller had gone close with a long range shot after nine minutes, only two minutes later Alie Bangura swivelled in the box and fired a shot into Hedge’s top corner, 0-1.

As Mickleover began to settle and pushed forward more, keeper Al-Droubi pulled off his first save from a Sports strike after 24 minutes, but only two minutes later Reeves scored his first league goal for the club, 1-1.

The hosts keeper was suddenly very busy and on the half hour Sports had another shot saved, before Butler’s looping header saw Mickleover head to the half-time whistle for a 2-1 lead.

Only three minutes into the second half and Kings Langley were back on level terms, when debutant Kennedy Feyi made it 2-2.

There was almost a repeat for Feyi straight the restart, but Hedge had this one covered.

Mickleover finished strongly though and had a 75th minute effort cleared off the line, then with one minute on the clock another shot was deflected onto the bar, an so it remained at 2-2.